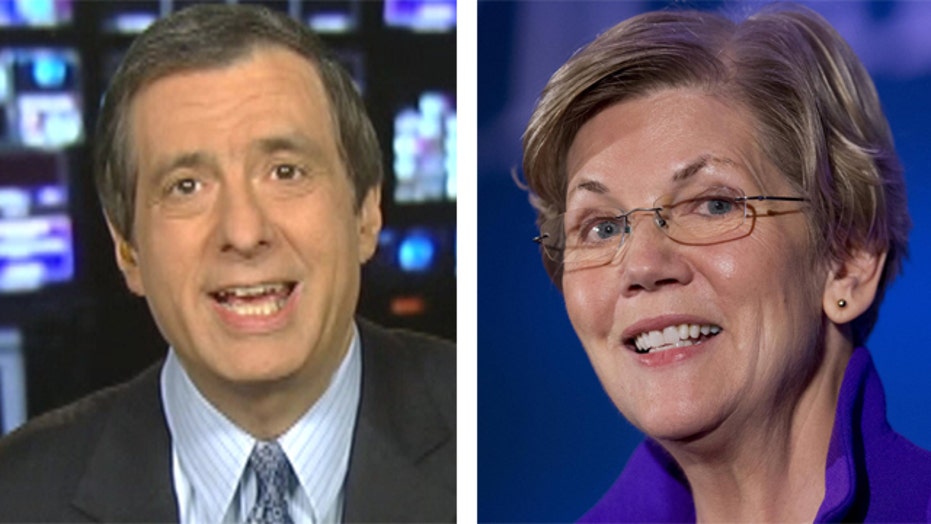 Wondering what Elizabeth Warren thinks about the Hillary e-mail debacle?

That tells me two things.

First, Warren actually isn’t eyeing a presidential run (duh) and doesn’t want to say anything that could be viewed as even mildly critical of the party’s virtually certain nominee.

Second, the Massachusetts senator doesn’t like dealing with the national press.

Don’t take my word for it. Here’s The Hill:

“Sen. Elizabeth Warren (D-Mass.), who has effectively stopped dealing personally with the press in public areas on Capitol Hill, declined to comment on the issue Wednesday. The liberal favorite walked briskly away from questions as an aide stepped in as a buffer.”

A provocative conservative PAC called America Rising had a tracker ask Warren about the Hillary emails in a videotaped hallway encounter and got nowhere, though the aide’s brushoff was polite. (I’m sure this isn’t the last time you’ll see trackers stirring up mischief in the 2016 cycle.)

Ready for Warren did put out a statement that was a glorified no-comment but hey, remember that we’re here. The group’s campaign manager, Erica Sagrans, said: “The draft Warren movement is less concerned with the frenzy surrounding Secretary Clinton's emails than we are with standing up, on behalf of millions of working families, to those who are rigging the system in favor of the rich and powerful.”

But of course Warren has nothing to do with the draft-Liz group, even if she hasn’t exactly discouraged its members.

Warren doesn’t give the time of day in the corridors even to the hometown Boston Globe, which noted her evasive skills months after she took office:

“She’ll either huddle close to a Senate colleague, breezing past several reporters as if they don’t exist, or use a variety of other methods to avoid hallway questions. There’s the tricky cellphone to her ear maneuver, the more athletic dash for the elevator, the outright sprint to catch a departing tram.”

Warren made a rare exception to explain her stiff-arming to the Globe:

“Every senator will make his or her own decision on how to handle this. But I want to be able to talk about the issues in depth, and I don’t think that works very well in the hallway.”

Well, that’s true. And Warren has every right to speak or not to speak. Even though most members of Congress love the attention—indeed, some of them chase the cameras—there’s no requirement that she accommodate the press.

It’s not that Warren, who’s run the gamut from morning chat to late-night shows, is some tongue-tied academic. She made her reputation as a consumer advocate by being something of a sound-bite machine. But Warren seems determined to be viewed in the Senate a workhorse, not a showhorse. You don’t see her popping off on Sunday shows like many of her colleagues. So when something like the Hillary email controversy erupts, she is AWOL.

The RNC, meanwhile, is hitting Hillary for dodging a wide range of questions, from Keystone to ObamaCare’s medical device tax to NSA surveillance, under the headline “Dodging Clinton.” Naturally, the reason Hillary isn’t officially running is so she can stay above the fray and not have to respond to every flap of the day, except in carefully controlled circumstances.

But once she gets in the race, she’ll no longer be able to pull an Elizabeth. Only Warren will enjoy that luxury.