A top economist who has worked for years with the United Nations is claiming that U.S. sanctions are responsible for more than 40,000 deaths in Venezuela and that such actions are illegal under international and U.S. law -- his latest attack on the Trump administration in recent weeks.

Jeffrey Sachs, an economist at Columbia University and a Sustainable Development Goals (SDG) advocate for U.N. Secretary-General Antonio Guterres, co-authored the report, “Economic Sanctions as Collective Punishment: The Case of Venezuela,” which criticizes sanctions the U.S. has imposed since 2017.

“We find that the sanctions have inflicted, and increasingly inflict, very serious harm to human life and health, including an estimated more than 40,000 deaths from 2017-2018; and that these sanctions would fit the definition of collective punishment of the civilian population as described in both the Geneva and Hague international conventions, to which the U.S. is a signatory,” the report, published by the Centre for Economic and Policy Research (CEPR), says.

“They are also illegal under international law and treaties which the U.S. has signed, and would appear to violate U.S. law as well,” it says. Sachs co-authored the report with CEPR's Mark Weisbrot.

Venezuela has been gripped by turmoil and economic crisis for years under the socialist dictatorship of Nicolas Maduro, which has escalated recently as opposition leader and U.S.-recognized President of Venezuela Juan Guaido has attempted to oust Maduro out of office.

The report is the latest barb by left-leaning analysts and politicians to place at least partial blame for the crisis on the U.S. and points to August 2017 financial sanctions that bar the government from borrowing in U.S. financial markets. It also criticizes January 2019 sanctions that targeted Venezuelan oil exports.

Jeffrey Sachs gives a discussion on climate change and surviving Trump during the Starmus Festival on June 21, 2017 in Trondheim, Norway. (Getty Images)

“The sanctions implemented in 2019, including the recognition of a parallel government, accelerated this deprivation and also cut off Venezuela from most of the international payments system, thus ending much of the country’s access to these essential imports including medicine and food -- even those that could normally be bought with available dollars,” the report says. “There is no doubt that all of these sanctions since August 2017 have had severe impacts on human life and health.”

The report also claims “an economic recovery could have already begun in the absence of economic sanctions.”

In an interview with Democracy Now!, Sachs said the U.S. was "deliberately creating massive, massive suffering" and said it was “a catastrophe largely created by the U.S.”

It is the latest fiery broadside by Sachs against the Trump administration. Last month, he called for Congress to launch impeachment proceedings against Trump after Special Counsel Robert Mueller’s Russia report.

“Trump recklessly welcomed Russian interference in the 2016 election for political gain while he was pursuing personal business interests in Russia, and those actions, together with his brazen attempts to obstruct Mueller's investigation, surely constitute high crimes and misdemeanors justifying the launch of impeachment hearings,” he wrote in a CNN op-ed.

Sachs has worked with the U.N. for years in a number of roles, having served as a special adviser to multiple secretaries-general including Guterres from 2001 until last year. In addition to his role as an SDG advocate for Guterres, he is also a director of the U.N. Sustainable Development Solutions Network and a commissioner of the U.N. Broadband Commission for Development, none of which are paid roles. 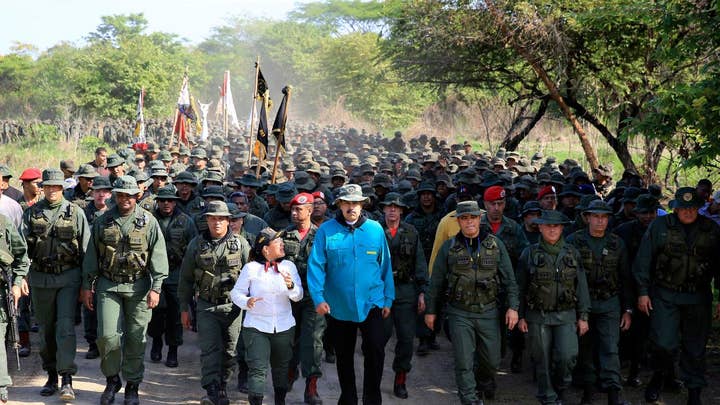 "The views expressed by Mr. Sachs on United States policy are his own and are expressed in his personal capacity," Guterres spokesman Stephane Dujarric told Fox News in an email. "They do not reflect the opinion of the Secretary-General or the United Nations."

While Sachs has built a reputation as one of the world’s most well-known economists, he's also emerged as a prominent critic of President Trump. In 2017, when he was a special adviser, he wrote a column called “Donald Trump’s Climate Fantasies” in which he told readers to pity the president.

“In less than 100 days, we have learned that Trump is a man living in a fantasy world. He issues decrees, barks orders, sends out midnight Tweets, but to no avail. The facts -- real ones, not his 'alternative' variety -- keep intervening,” Sachs wrote.

Also in 2017, he wrote a column for The Boston Globe accusing Trump of “mining that deep vein of fear and hate” with his travel ban affecting certain Muslim-majority countries. He also has called Trump the “quintessential short-run populist” and a “non-stop font of lies.”

Sachs, while holding a plethora of roles at Turtle Bay, has with his comments risked exacerbating already-frayed relations between the Trump administration and the U.N.

Since the U.N.-skeptical Trump took office, the U.S. has pulled out of the U.N. Human Rights Council, the U.N.’s Social and Cultural Commission (UNESCO) and cut funding to the U.N. Palestinian refugee agency (UNRWA.)

Last month Trump announced that he is withdrawing the U.S. signature from the U.N. Arms Trade Treaty, in response to concerns from gun rights activists that it could impinge on Americans’ right to bear arms.

“By taking these actions, we are reaffirming that American liberty is sacred and that American citizens live by American laws not by laws of foreign countries,” he said.