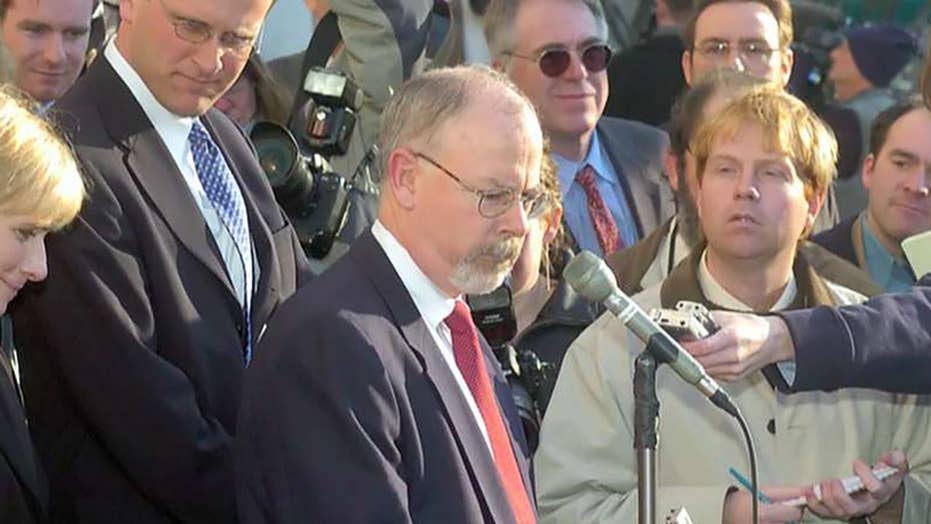 Radio talk show host Howie Carr says John Durham's record shows he can get the job done and will be hard to smear by Democrats.

The Connecticut U.S. attorney assigned by Attorney General Bill Barr to investigate the origins of the Russia probe is “very dialed in” and “asking all the right questions,” according to multiple sources familiar with the matter.

Separately, sources within the Justice Department confirmed to Fox News that Barr has met “on multiple occasions in recent weeks” with John Durham, who was in Washington, D.C., this month.

Fox News has learned that Durham has been getting briefed on the “four corners” of the investigations into the FBI's use of Foreign Intelligence Surveillance Act (FISA) warrants, among other issues. Barr appointed Durham, 68, last month.

News of Durham's high level of engagement in the probe comes days after Barr said he has not received answers from the intelligence community that were "at all satisfactory" in the early stages of his review into the origins of the Russia investigation.

"In fact probably have more questions, and some of the facts that I've learned don't hang together with the official explanations of what happened," Barr told CBS News in an interview.

Durham is specifically reviewing the FISA warrant obtained by the FBI to surveil former Trump aide Carter Page, as well as general issues relating to surveillance during the 2016 campaign and matters flowing from the FISA process. Fox News is told Durham would handle the prosecution of any criminal action he might uncover.

During the CBS interview, Barr revealed Durham picked up the FISA and surveillance components from Utah U.S. Attorney John Huber, whose work was put on hold pending DOJ Inspector General Michael Horowitz's findings from his ongoing review. Huber, Barr said, “was essentially on standby” in case Horowitz “referred a matter to him to be handled criminally.”

Horowitz's investigation is expected to be completed shortly. 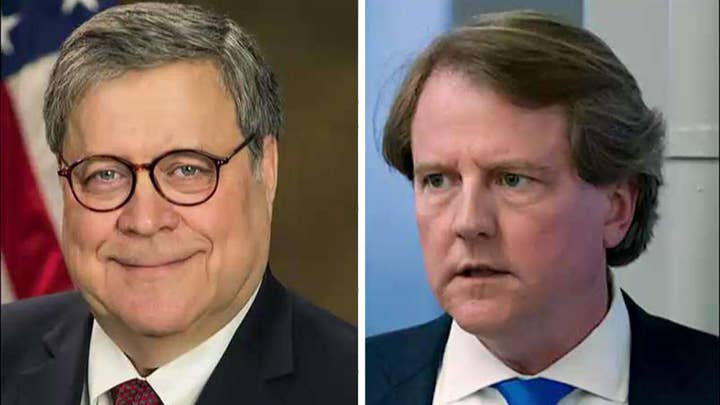 They pointed in particular to the apparent conflict in testimony between the co-founder of the opposition research firm Fusion GPS, Glenn Simpson, and DOJ official Bruce Ohr. Fusion GPS was retained by the Hillary Clinton campaign and the Democratic National Committee (DNC), which in turn hired British ex-spy Christopher Steele to write the infamous dossier that the FBI relied on in its FISA application to surveil Page.

Simpson testified to the House Intelligence Committee that he contacted Ohr about the largely discredited dossier after Thanksgiving 2016, but Ohr’s records point to contact months earlier, in August. Bruce Ohr became a backchannel for Steele to the FBI in the fall of 2016 after the bureau fired the ex-spy over contacts with the media.

Last month, Republican Rep. Mark Meadows made a criminal referral for Ohr’s wife, Nellie, who worked for Fusion GPS. Nellie did extensive opposition research on Trump family members and campaign aides while working for Fusion GPS, according to a transcript of her closed-door interview with Congress.

"During her transcribed interview, Ms. Ohr testified she 'would not have any knowledge of what [was] going on in an ongoing investigation' at DOJ and would not 'have any knowledge of the Department of Justice’s investigations on Russia.' Ms. Ohr also denied she shared her research on Russian organized crime and Donald Trump with individuals outside of Fusion GPS (her employer); her husband, DOJ attorney Bruce Ohr, and Christopher Steele," Meadows' referral stated.

"However, documents reviewed by our committees raise concerns Ms. Ohr not only had knowledge of an ongoing DOJ investigation, but that she shared information and research on Russian organized crime to assist DOJ, in direct contradiction with her testimony."