FILE - A drone equipped with a thermal camera flies over the plants at the Pennsylvania Department of Natural Resources' Jennings Environmental Education Center. (Associated Press)

The potential use of civilian drones by terrorists and other criminal groups to carry out attacks poses a “steadily escalating threat,” FBI Director Christopher Wray warned a Senate panel Wednesday.

Testifying before the Senate Homeland Security and Governmental Affairs Committee, Wray said groups like the Islamic State, Al Qaeda, MS-13 and Mexican drug cartels have made efforts to use commercial drones as weapons, the Daily Caller reported.

The drones could be used for surveillance, or for chemical, biological and radiological attacks on large open-air venues or government facilities, the FBI said.

Wray said the risk has increased since August, when drones equipped with explosives were used in an assassination attempt against Venezuelan President Nicolas Maduro.

Wray’s testimony came days after President Trump signed legislation into law that gives the Department of Homeland Security and the FBI the ability disable or destroy drones that pose a threat to government facilities, Bloomberg News reported.

"The FBI assesses that, given their retail availability, lack of verified identification requirement to procure, general ease of use, and prior use overseas, (drones) will be used to facilitate an attack in the United States against a vulnerable target, such as a mass gathering."

The drone provision amounts to an unchecked grant of authority to the government, according to the American Civil Liberties Union, adding drones could be removed from the sky for "nebulous security circumstances."

Wray noted the FBI foiled attempted drone attacks on the Pentagon and Capitol building. Rezwan Ferdaus planned to use three remote-controlled airplanes, each packed with five pounds of explosives and capable of flying 100 miles per hour, and crash them into the buildings using a GPS system.

Citing federal statistics, Sen. Ron Johnson, R- Wis., committee chairman, said earlier this year that the number of drone flights over sensitive areas has jumped from eight in 2013 to around 1,752 in 2016, Reuters said. 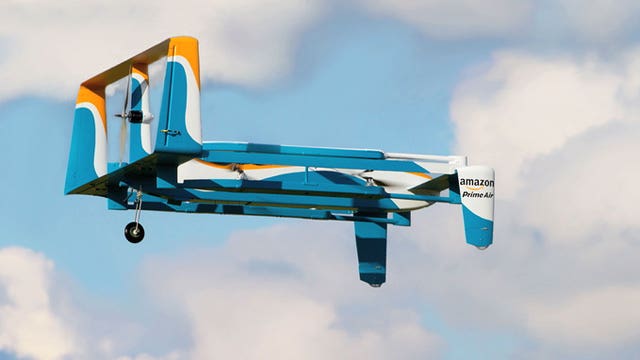 The drone market has rapidly expanded in recent years. In January, the Federal Aviation Administration said more than 1 million have been registered in the U.S.

Companies such as Amazon, FedEx Corp. and Uber have embraced the new technology as it looks to expand its delivery options.