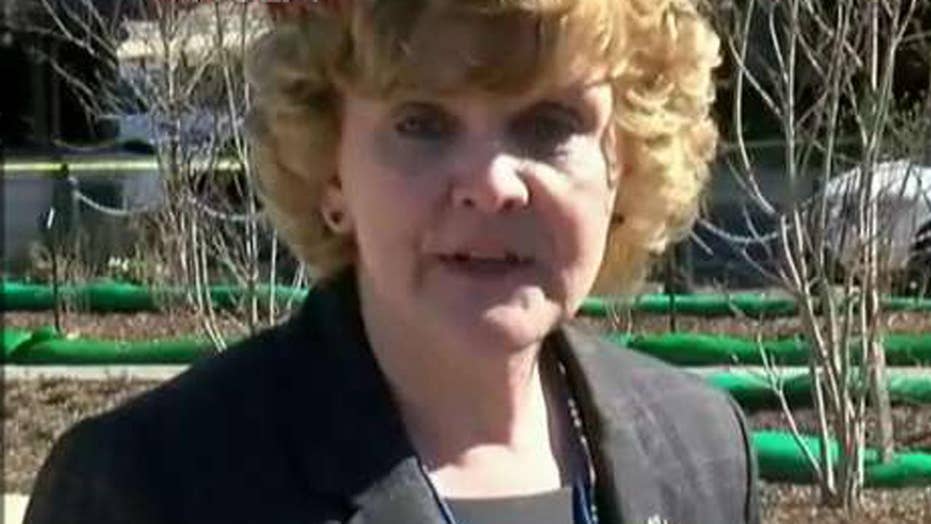 A police car chase ended Wednesday morning with the suspect driving into Capitol Police cruisers and other vehicles near Capitol Hill before being arrested, in the latest security scare in the nation's capital.

The chase of the female suspect appeared to have followed a traffic stop gone bad. A police official briefing reporters said the investigation is in “preliminary stages” but there appears to be “no nexus to terrorism.”

“This incident appears to be criminal in nature,” the official said, adding that the standoff started as a “traffic stop.”

Sources said the incident began when police saw the car driving erratically on Independence Avenue. After they tried to stop the vehicle, the driver did a U-turn near the Library of Congress and started driving the wrong way against traffic.

Capitol Police then raised the barriers at the bottom of Capitol Hill to “trap” the vehicle inside the perimeter near the Botanic Garden and the Rayburn House Office Building.

LAWMAKER sends video to me of shooting incident near Capitol. He was stuck in an Uber 1/2 pic.twitter.com/1nkmzkIoAB

The driver then stopped but "revved the engine" and tried to lurch forward.

Fox News is told at least one officer fired a weapon at this point. The suspect was not hit. Further, police said no individuals were injured during the arrest.

It is unclear if the suspect had a weapon.

The chase occurred during the annual Cherry Blossom Festival, the height of Washington’s tourist season.

The incident near the Capitol comes on the heels of multiple recent cases of people jumping the fence at the White House.

On Sunday, a 38-year-old woman who had tried to jump a White House security fence last week, scaled a fence near the Treasury Building. Secret Service agents arrested her around 2:15 a.m.

Earlier this month, a suspect named Jonathan Tuan Tran allegedly scaled two fences and a security gate to get on the White House grounds before he was arrested. Also this month, another man was arrested after jumping over a bike rack in an attempt to surmount the fence, and still another suspect was arrested for allegedly making a false bomb threat at a Secret Service checkpoint.