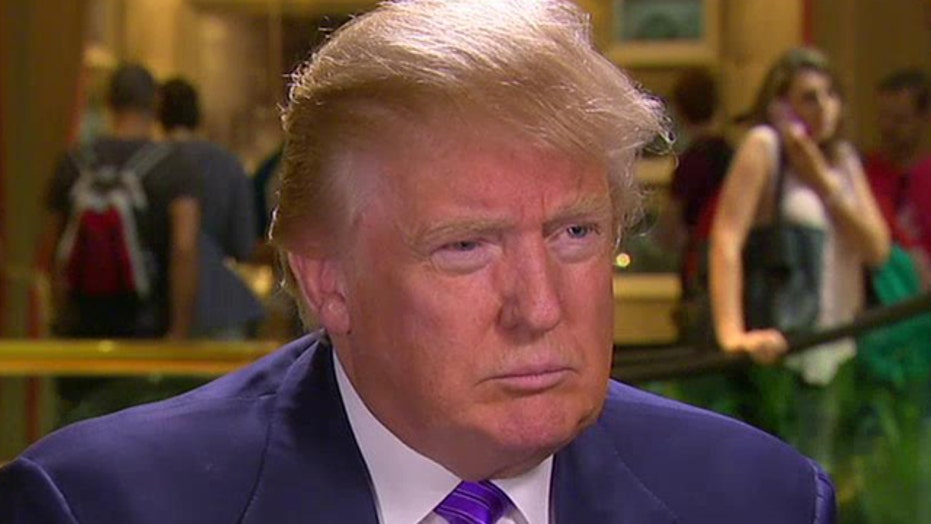 Donald Trump on why he scares the GOP establishment

Republican presidential candidate on 'Cashin' In'

Since Donald Trump left reality television he appears to have traded his catchphrase, "You're fired," for "I'll sue you."

Trump's legal team filed a lawsuit against chef Jose Andres for $10 million on Friday, as noted by NBC 4 in Washington, D.C. The group representing Trump's renovation of Washington's Old Post Office Pavilion has claimed that Andres breached his contract to build a restaurant in the hotel following controversial remarks "The Donald" made about Mexico, illegal immigration and crime.

This is not the first high-profile lawsuit Trump has pursued since launching his presidential bid. In June, Trump filed a $500 million lawsuit against Univision after the Spanish-language television network ended its contract to host the Miss USA pageant, which is co-owned by Trump.

Trump's legal team has also used the threat of a lawsuit as a tactic to punish his perceived opponents. When a Daily Beast reporter began examining Trump's relationship with his ex-wife, including claims she made during their divorce, a Trump lawyer was none too pleased.