MIAMI -- Democratic National Committee Chairman Tom Perez, in an interview Thursday with Fox News, called President Trump “chronically ineffective” and said “many candidates” in the crowded Democratic primary field would be able to beat him in the 2020 presidential election.

The party leader was implicitly pushing back on Republicans’ claims that the Democratic field has shifted so far to the left that the eventual nominee will struggle to attract a winning coalition of voters.

“I think there are many candidates who are going to be able to do just that, and voters are going to decide which one,” Perez maintained, speaking at the Adrienne Arsht Performing Arts Center in Miami ahead of Thursday night’s debate. “Our job is to make sure that everybody gets a fair shake and that’s what we’re going to do.” 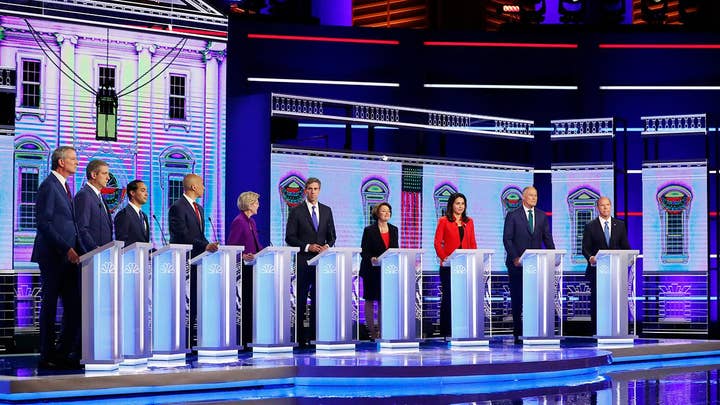 Perez blasted Trump, claiming he has “made things worse.”

“There are so many ways our democracy is at risk,” he told Fox News. “We have a president that is chronically ineffective.”

There are currently 25 Democrats who have launched presidential bids. This week, 20 of those candidates traveled to Miami to participate in the first round of primary debates of the 2020 cycle. Wednesday night, 10 candidates took the stage, and focused on a range of progressive issues, like “Medicare-for-all,” decriminalizing illegal border crossings, and a 70 percent tax on the nation’s highest earners.

When asked if Thursday’s debate, featuring high-profile candidates like former Vice President Joe Biden and Sen. Bernie Sanders, I-Vt., could be different, he said the topics would be largely the same.

“Health care is the number one issue in this country. It’s the number one issue on voters' minds, it’s what won us the 2018 election,” Perez said. “Voters saw who had their back on the issues that matter most, and that’s Democrats. That’s why we’re going to continue to talk about health care because [Republicans] don’t have a plan other than to repeal the Affordable Care Act and put millions of Americans in limbo.”

Perez told Fox News that the party will also focus on climate change, the economy, the student loan crisis and women’s health throughout the 2020 cycle.

Perez touted the large viewership of Wednesday’s debate, attempting to highlight the momentum for the party, as nearly 24 million voters tuned into the event. He anticipated the same for Thursday night’s debate.