KNUTSFORD, UNITED KINGDOM - APRIL 03: (FILE) In this file photograph taken on March 20, 2007, a two-week-old boy finds his feet in his new world. Health Secretary Patricia Hewitt announced, April 3, 2007 that for the first time, mothers-to-be will have a guarantee that the NHS will provide them with a full range of birthing choices - including home births - and a midwife they know and trust to care for them. (Photo by Christopher Furlong/Getty Images) (2007 Getty Images)

An abortion-related provision in a Senate bill to crack down on sex trafficking has wrought partisan bickering between the chamber’s Republican majority and its Democratic minority.

But it isn't the only divisive portion of the bill. Another amendment linked to the anti-sex trafficking bill is also creating friction between the parties.

An amendment by Sen. David Vitter, a Louisiana Republican, revisits a long-talked-about, controversial proposal to end so-called "birthright citizenship" for children born in the United States to undocumented immigrants.

Vitter’s measure seeks to change the law that gives citizenship to anyone born in the country. His amendment would allow citizenship to someone who has an undocumented parent only if the other parent is a U.S. citizen, a legal permanent resident or is an actively-serving member of the armed services.

Vitter argues that automatic citizenship encourages immigrants to come illegally just to have a U.S.-born child, according to The Hill.

"This is a very real, in fact, exploding phenomenon. There is a whole industry, an underworld, that is selling so-called birth tourism," he said. "This acts as a magnet, a potent, powerful magnet, growing in power by the year to lure more and more folks to come across the border, in specific cases to have their babies here."

Sen. Dick Durbin, an Illinois Democrat and ranking member on the Constitution Judiciary Subcommittee, accused Republicans of complicating the vote on the human trafficking measure by piling on matters that had no place in the bill.

“Human trafficking in a global scourge and we should be working on a bipartisan basis – and on a bicameral basis – to stop it,” Durbin said. “This is an opportunity to pass a bipartisan human trafficking bill, not a grab bag for every notion or idea that any Senator has on any subject.”

“Let me begin with the obvious for my colleagues in the Senate: birth right citizenship is a Constitutional right,” Durbin said this week on the Senate floor. “Congress can't amend the Constitution with a statute…The citizenship clause of the 14th amendment states, and I quote, ‘all persons born or naturalized in the United States and subject to the jurisdiction thereof are citizens of the United States and of the state wherein they reside.’”

“So this amendment being offered by Senator Vitter is a provocative, unnecessary, and basically feckless effort to stall an important bill that should be passed on a bipartisan basis.”

Earlier this year, Rep. Steve King, a Republican from Iowa, introduced a bill in the House seeking to end birthright citizenship.

King argued the 14th Amendment has been abused to allow undocumented immigrants to stay in the country.

"When they started granting automatic citizenship on all babies born in the United States they missed the clause in the 14th Amendment that says, 'And subject to the jurisdiction thereof,'" King said in January, according to The Hill. "So once the practice began, it grew out of proportion and today between 340,000 and 750,000 babies are born in America each year that get automatic citizenship even though both parents are illegal. That has got to stop."

The anti-human trafficking measure pending in the Senate would crack down on an underworld of drugs and human sex trafficking that lawmakers liken to modern-day slavery. Fines paid by those convicted of the crimes would go into a fund to help victims.

But the principal provisions of the bill have been far overshadowed by the dispute over a requirement that said none of the money in the victims' fund could be used to pay for abortions except in cases of rape, incest or if the life of the woman were in jeopardy. Similar restrictions on the use of federal funds have been in place for nearly three decades.

Democrats said they would block the bill's passage and called on Republicans to take out the provision relating to abortion. Senate Majority Leader Mitch McConnell offered to allow a yes-or-no vote to do so, but Democrats rejected the offer, knowing they likely lack the strength to prevail.

The legislation was made public in January and cleared the Judiciary Committee in February.

Even so, Democrats say they failed to notice the presence of the abortion-related provision until earlier in the week.

Lawmakers in both parties generally rely on aides to read the fine print of legislation and let them know its contents. In addition to their own aides, senators have the benefit of committee staff.

A Democratic spokeswoman for the Judiciary Committee said earlier in the week that none of the panel's aides was aware that the legislation contained the abortion-related provision. 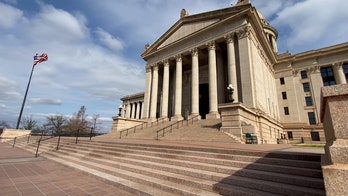 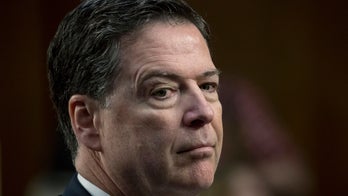 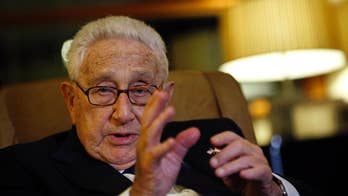