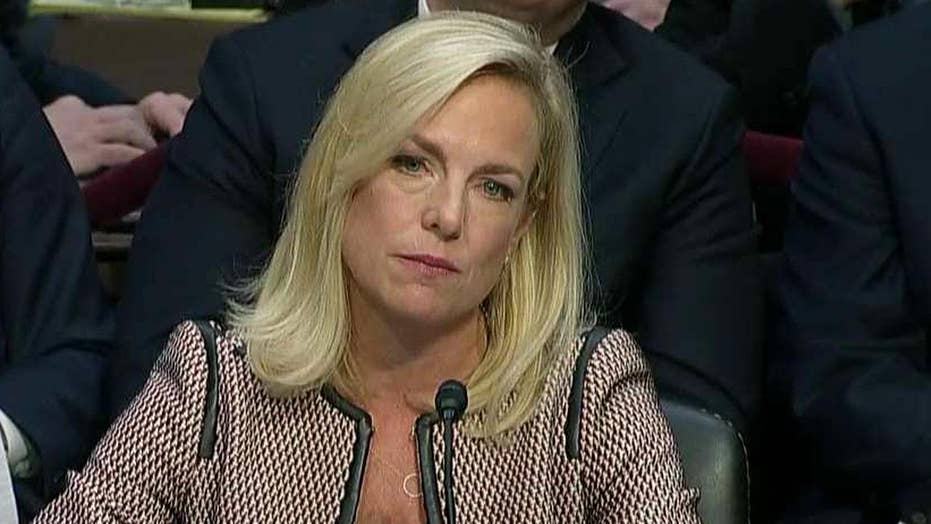 DHS Secretary Nielsen: We want a permanent solution on DACA

Department of Homeland Security chief testifies before the Senate Judiciary Committee on the immigration battle on Capitol Hill.

The Department of Homeland Security said Monday it is again rolling out enhanced vetting procedures for refugees seeking to come to the United States from 11 "high-risk" countries.

“It’s critically important that we know who is entering the United States,” Secretary of Homeland Security Kirstjen Nielsen said in a statement. “These additional security measures will make it harder for bad actors to exploit our refugee program, and they will ensure we take a more risk-based approach to protecting the homeland.”

DHS did not name the 11 countries, but said it will continue to conduct a periodic review of the refugee high-risk country list.

The department also said it will administer the U.S. Refugee Admissions Program in a “more risk-based manner” when considering the refugee admissions ceiling, regional allocations and the groups considered for resettlement.

The changes follow a 90-day review during which the secretary determined if safeguards were needed to “ensure that the admission of nationals from 11 high-risk countries does not pose a threat to the security and welfare of the United States.”

During the presidential campaign, President Trump famously called for “extreme vetting” of immigrants coming to the United States.

After taking office, Trump ordered a 120-day pause of refugee admissions. Once the program resumed, he ordered enhanced procedures. That order mandated that the Secretary of Homeland Security review those procedures and determine whether they were still necessary.