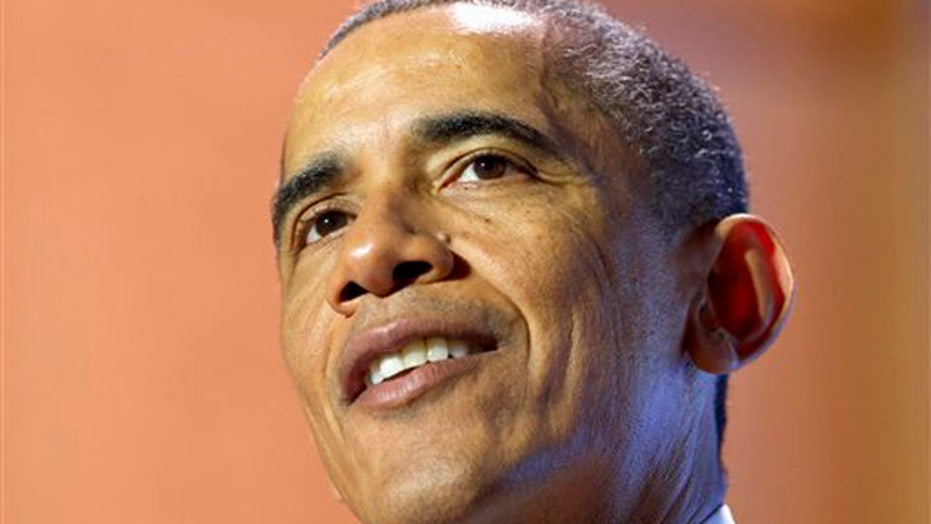 DHS on hiring spree to carry out Obama immigration orders

The Department of Homeland Security is on a hiring spree for 1,000 full-time workers to carry out President Obama's executive actions on immigration -- even as Republicans in Congress battle each other over how to stall the "amnesty" before it starts.

According to an internal memo, U.S. Citizenship and Immigration Services is hiring for 1,000 full-time positions at a new "operational center" in the Virginia suburbs of Washington, D.C. Many of the openings were posted the day after Obama announced he'll offer work authorization and temporary legal status to up to 5 million illegal immigrants. While that move is now the subject of congressional and legal battles, the job postings indicate the administration was well-prepared to quickly carry out the orders.

Critics said the hiring binge is another sign the administration is openly defying the law, as they challenge his actions.

"This facility is a clear symbol of the President's defiance of the American people, their laws, and their Constitution," Sen. Jeff Sessions, R-Ala., said in a statement. "He is hiring federal employees to carry out a directive that violates the laws Congress has passed in order to foist on the nation laws Congress has repeatedly refused to pass."

He added that while some suggest the "amnesty" does not have a financial cost, "this action unmistakably demonstrates otherwise." Sessions echoed past warnings from the USCIS union that the agency may "rubber stamp" applications.

Many of the job openings listed on USAJOBS.gov, and in the internal memo, have expired but more openings are expected to be announced. The positions range from special assistant to program analyst to immigration services officer and more. Salaries go as high as $157,000.

The postings were first reported by The Washington Times.

While only a sample of positions were listed with the memo, the bulletin said USCIS aims to bring about "1,000 full-time, permanent federal and contract employees in a variety of positions and grade levels" to the new center. It would be opened in Crystal City, Va., which is a neighborhood in bustling Arlington.

"The initial workload will include cases filed as a result of the executive actions on immigration announced on Nov. 20, 2014," the bulletin says. "Many job opportunities at the operational center will be announced in the coming days and please continue to monitor USAJOBS if you are interested."

Asked about the postings, officials said the new employees would review incoming applications. "USCIS is working hard to build capacity and increase staffing to begin accepting requests and applications for upcoming initiatives," a USCIS spokesperson said. "Increasing staffing will ensure that every case received by USCIS receives a thorough review under our guidelines. We will monitor resources and capacity very closely as this process develops over the course of the coming months."

The hirings could fuel GOP calls on Capitol Hill to block funding for the president's actions. Sessions is among the lawmakers, in both the House and Senate, calling for Republicans to use Congress' power of the purse to short-circuit the orders.

However, with a Dec. 11 deadline nearing to pass a spending bill or face a partial government shutdown, GOP leaders are looking to push off that fight until next year -- when they control the House and Senate.

House Speaker John Boehner is pushing a three-step plan. The first was a vote Thursday for a bill -- which would likely die in the Senate -- opposing Obama's immigration actions.

Then the House would vote next week to fund most government operations through the fiscal 2015 year, and DHS through early next year.

But conservatives including Sen. Ted Cruz, R-Texas, have said this is not enough and want Republicans to use the current spending debate as leverage to block the immigration actions.

"The American people and this administration are certainly not asking Republican leaders to do anything heroic," he said. "But we're asking them merely to do their jobs. And it is the responsibility of the United States Congress to pass budgets that fund the government." 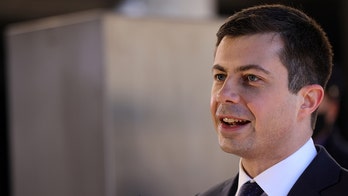 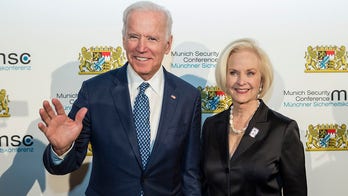