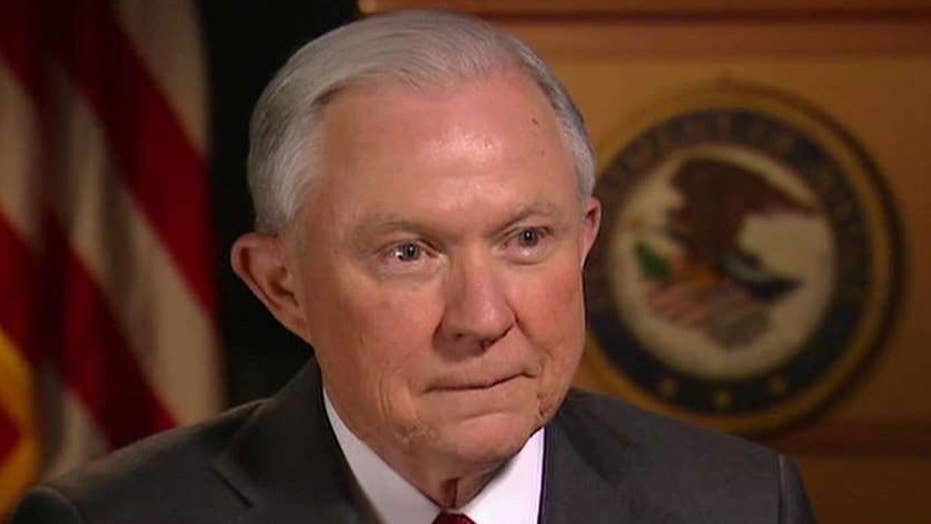 Homeland Security Secretary John Kelly made clear Sunday that President Trump is unwavering in his commitments to close U.S. borders to illegal immigrants and remove those already in the county illegally but refuted the idea that the administration is assembling a so-called deportation force.

Kelly acknowledged the possibility of hiring as many as 10,000 new Immigration and Customs Enforcement employees and thousands more border patrol agents but said the bolstered effort is a “law enforcement force.”

“There are a huge number, as you know, of illegal aliens or undocumented individuals that have to be dealt with in one way or another,” Kelly told NBC’s “Meet the Press.”

Most estimates show the country’s illegal immigrant population at about 11 million.

From the first day of his successful White House campaign, Trump has vowed to stop the flow of illegal immigrants into the country, particularly criminals crossing the U.S.-Mexico border. In addition, Trump vowed to build a security wall along that border and has remained steadfast on the point amid criticism that he’s flip-flopping on other key campaign issues such as supporting NATO and whether removing Syrian President Bashar Assad and his regime is a top priority.

“This border is not open,” he said on Fox’s “Justice with Jeanine” show. “If you come to America, come lawfully. Don’t come unlawfully.”

Like Kelly, Sessions also made clear that stopping illegal immigration is only part of the solution and that removing people here unlawfully -- including those protected from deportation by so-called sanctuary cities -- is also a priority.

“We are going after them,” said Sessions, who also attributed record lows in illegal border crossings to Trump’s election victory and his stern commitment to keeping campaign promises on immigration.

Kelly on Sunday also argued the country’s illegal immigration problem goes beyond enforcement and called on Congress for legislative solutions.

“We have to straighten this out,” he said. “And I place that squarely on the United States Congress. It's a hugely complex series of laws, and I engage the Hill quite a bit and get an earful about what I should do and what I shouldn't do. But it all comes down to the law. … I would hope that the Congress fixes a lot of these problems.”