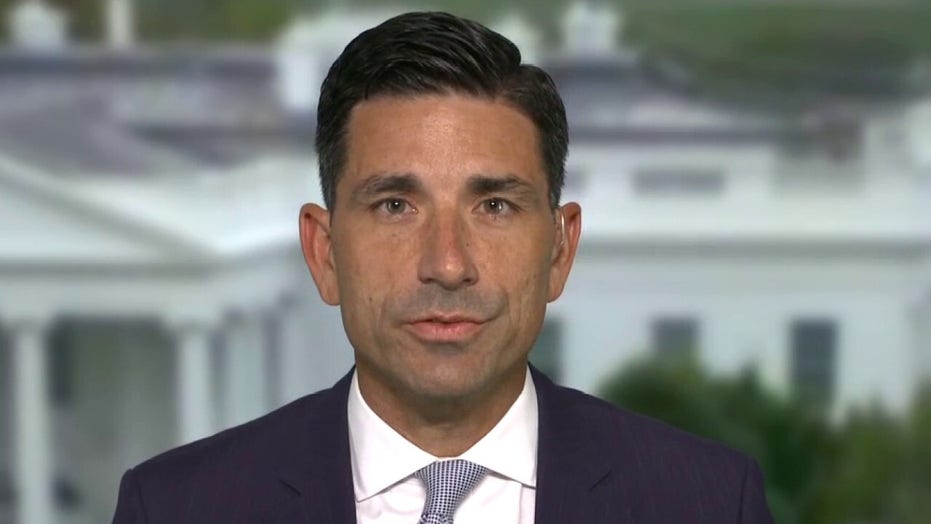 The Department of Homeland Security will never abdicate its "moral and legal duty" to protect American cities from rioters, acting DHS Secretary Chad Wolf said during his 2020 State of the Homeland Address on Wednesday.

"Let me be clear: Those who seek to undermine our democratic institutions, indiscriminately destroy our businesses and attack our law enforcement officers and fellow citizens are a threat to the homeland," Wolf said. "The department has experienced this firsthand in Portland, Oregon, where violent opportunists repeatedly targeted and attempt to burn down a federal courthouse, the seat of justice in downtown Portland."

Portland has exceeded more than 100 days of unrest since demonstrations began following the death of George Floyd, a Black man who died in police custody in Minneapolis in May.

Wolf thanked all DHS employees at the beginning of his speech.

"Your job is not easy. It's not glamorous. You get no writeups in glossy magazines," he said. "Instead, you get many words written about you or shouted at you. ... Thank you for showing up every day."

Wolf sent a letter to Portland Mayor Ted Wheeler on Aug. 31 urging the Democrat to request federal assistance for his city after months of riots.

“We are standing by to support Portland," Wolf wrote. "At the same time, President Trump has made it abundantly clear that there will come a point when state and local officials fail to protect its citizens from violence, the federal government will have no choice but to protect our American citizens.”

Trump said in August he is planning on promoting Wolf and will nominate the acting secretary to be the new Department of Homeland Security chief.