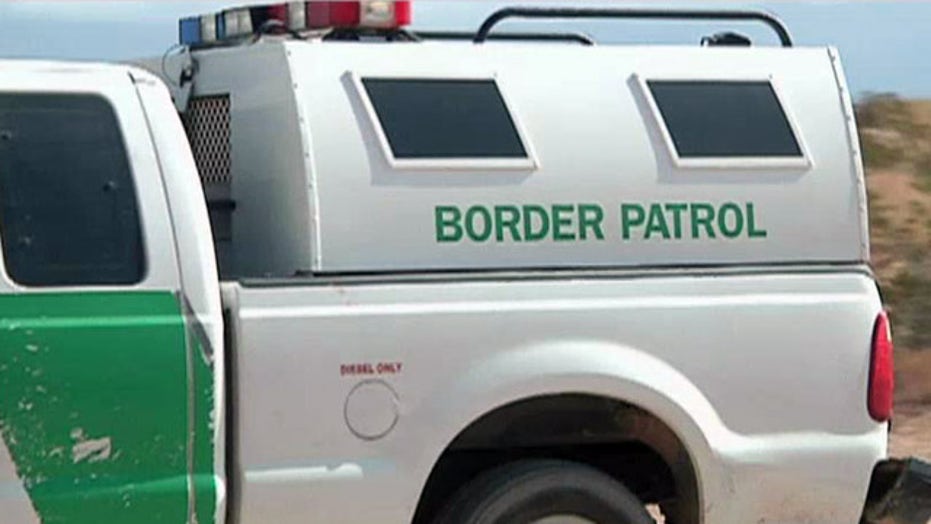 House and Senate Republicans are having their first big family feud since taking control of Congress, as they hit a rock-hard budget impasse that threatens to trigger a partial shutdown of the Department of Homeland Security.

After a solid 16 months without a government shutdown of any kind, Congress is careening toward an end-of-the-month funding deadline for DHS without a new budget.

The House already passed a bill that includes provisions overturning President Obama's controversial immigration executive actions. But despite repeated attempts last week, the Senate was unable to pass that bill -- as Democrats blocked it, over and over again. Democrats want the immigration provisions stripped.

Yet House Republican leaders are refusing to take another crack at the bill. A senior House GOP leadership aide told Fox News there is no backup plan -- they are insisting the House-passed bill is the only proposal.

This is a dare not only to Democrats but to their Senate Republican colleagues, who are equally adamant that the House should make the next move.

"I can tell you I think it's clearly stuck in the Senate," Senate Majority Leader Mitch McConnell, R-Ky., told reporters after a closed-door lunch of Senate Republicans. "And the next step is obviously up to the House."

For his part, House Speaker John Boehner on Wednesday said the House has done its job and it's time for the Senate to act. He put the onus on Democrats, saying they need to "get off their ass."

Senate Minority Leader Harry Reid's office shot back, with a spokesman saying: "We know Speaker Boehner is frustrated but cursing is not going to resolve the squabbling among Republicans that led to this impasse."

The flare-up Wednesday underscored the worsening stalemate on Capitol Hill with funding for the Homeland Security Department set to expire Feb. 27. Republicans aren't sure what comes next and one senior source told Fox News, "There is no plan, which is scary."

For now, Senate Republican leaders don't know how to get the bill through their chamber, insisting that the Democratic filibuster has pushed them into a corner. And they're nudging their House counterparts to move.

Senate Majority Whip John Cornyn, R-Texas, said the House would "like to leave the hot potato with us," but the Senate tried its best and the math doesn't work out.

Democrats say they can't accept the bill unless the contentious language on immigration is removed.

If the impasse holds, one alternative may be a short-term extension of current funding levels, something Homeland Security Secretary Jeh Johnson is urging Congress to avoid because it would prevent the agency from going forward with a host of planned initiatives, from improvements at the Secret Service to new security technology on the U.S.-Mexico border.

"I'm urging every member of Congress that I can meet, Democrat and Republican, to figure out a way to break this impasse so I can get a fully funded bill by Feb. 27," Johnson told reporters Tuesday on the way out of a meeting with senators. He said 30,000 personnel -- or 80 percent of the DHS workforce -- would have to be furloughed if the budget lapses entirely.

The fight over immigration and the Homeland Security spending bill is the first major test for Republicans since taking full control of Congress in January for the first time in eight years. Democrats are already gleefully declaring that the GOP is failing the test, but with Republicans six votes shy of the 60 needed to advance most legislation in the Senate, they say there's little they can do if Democrats won't budge.

"The Democrats are filibustering it. I don't know how we get blamed for that this time," said Sen. Orrin Hatch, R-Utah. "Everybody knows it takes 60 votes to do anything."