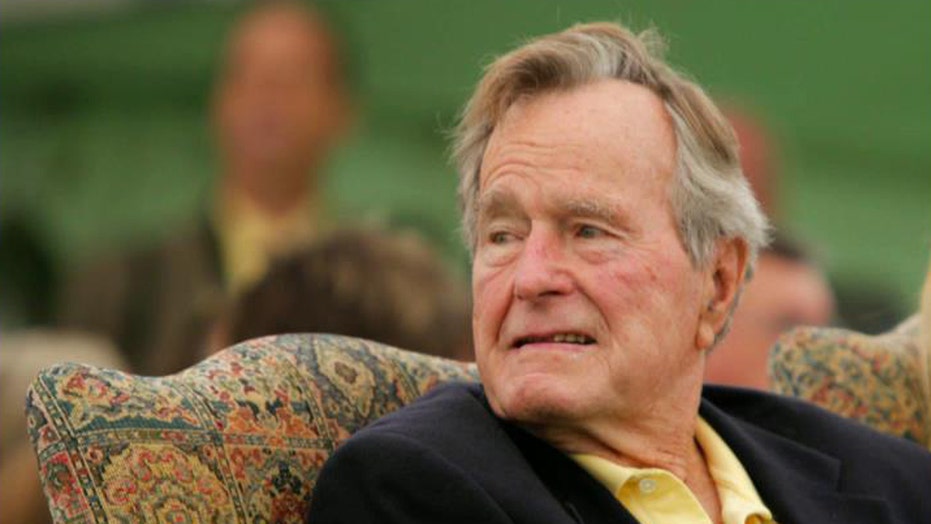 President George H. W. Bush lost his bid for reelection in 1992. And it hurt. Until now, however, we didn't know how much. But with the special Fox News Reporting - Destiny and Power – The Private Diaries of George Herbert Walker Bush, we take a deep look at the man, actually hearing his own thoughts and feelings through the audio diary he kept while in the White House.

It will be the first time this material has been released to the public. You can see this new special Friday, Nov. 6 at 10 p.m. ET on The Fox News Channel.

Honor, duty and hard work were a constant theme in his life.  As a World War II pilot, he was shot down in the Pacific, and had to be rescued. After the war, instead of taking a sinecure on Wall Street, he went out West, establishing himself in the oil business. But he wanted to serve, and left it all behind to go into politics.

Political life was often a series of frustrations, as he failed twice to become a senator from Texas, and then lost a presidential race to Ronald Reagan in 1980. Still, over the years, he built up one of the most impressive resumes a candidate ever had--he served as a congressman, UN ambassador, Chairman of the Republican National Committee, envoy to China, CIA director and vice president under Reagan.

He ran again for the White House in 1988, knowing if he lost it would likely be his last hurrah in politics. It was a tough race, but he won with more than 53 percent of the vote—a majority that hasn't been matched by any president since.

He served during one of the most tumultuous periods in the 20th century. The Soviet Empire was dissolving, symbolized by the fall of the Berlin Wall. With his diplomatic experience, Bush decided not to push the Soviets too hard, fearing a backlash. His deft handling of the situation helped pave the way for a unified Europe.

But President Bush could push plenty hard if necessary, as he showed when Saddam Hussein invaded Kuwait. He wouldn't let the aggression stand, and put together a coalition that won a great victory in the Persian Gulf.

He was riding high in the polls after the war, but the economy brought him down to Earth. He'd said “read my lips—no new taxes,” but went back on that pledge, which harmed him with his conservative base. Meanwhile, there was a recession, and the public started to lose faith. This led to his loss against Bill Clinton in 1992.

But it's hardly the end of the story. With the perspective of time, the one term George H. W. Bush served keeps looking better and better.

The hour not only has the Bush audio diary, and an appearance by the man today, but also a stellar cast, including three other Presidents—George W. Bush, Bill Clinton and Barack Obama—and two Vice Presidents—Dan Quayle and Dick Cheney. There’s also Pulitzer Prize-winning historian Jon Meacham, whose new book Destiny And Power seems poised to become the standard biography of our 41st President.

George H. W. Bush might just be the most underrated President of all.  Watch Fox News Reporting - Destiny and Power – The Private Diaries of George Herbert Walker Bush to find out why. After Friday’s broadcast, there will be additional airings Saturday, Nov. 7 at 8 p.m. and Sunday, Nov. 8 at 8 p.m.