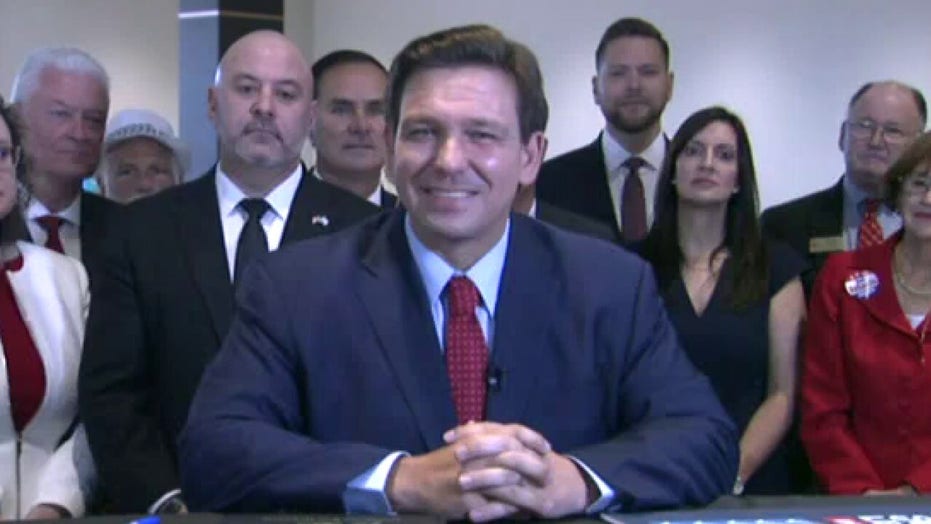 Florida Gov. Ron DeSantis signed a voting bill in the state into law on Thursday morning, making his state the latest GOP-leaning state to enact voting changes after the 2020 presidential election.

DeSantis, a Republican, said live on "Fox & Friends" that the new law would continue to keep things like mail voting accessible while also protecting election integrity.

"I have what we think is the strongest election integrity measures in the country," DeSantis said. "We're making sure we're enforcing voter ID… We're also banning ballot harvesting. We're not gonna let political operatives go and get satchels of votes to dump them in some drop box."

DeSantis added: "We're also prohibiting mass mailing of balloting. We've had absentee voting in Florida for a long time. You request the ballot. You get it. And you mail it in. But to just indiscriminately send them out is not a recipe for success."

Democrats, meanwhile, have slammed the Florida bill and similar efforts in other states as "voter suppression." Others have said the legislatures that are moving ahead with new bills targeted at election security are doing so based on the falsehood that the 2020 presidential election saw widespread fraud. DeSantis, for his part, has touted the security of the 2020 election in his state but said more needs to be done for the the future.

The law was immediately challenged in court by Democrat lawyer Marc Elias.

"SB 90 does not impede all of Florida’s voters equally," the lawsuit alleges. "It is crafted to and will operate to make it more difficult for certain types of voters to participate in the state’s elections, including those voters who generally wish to vote with a vote-by-mail ballot and voters who have historically had to overcome substantial hurdles to reach the ballot box, such as Florida's senior voters, youngest voters, and minority voters."

The bill takes an omnibus approach, addressing many issues at once, similar to the approach of an election law that Georgia enacted earlier this year.

Also among its provisions is a "prohibition on the use of private funds for election-related expenses," which is a response to the fact Facebook CEO Mark Zuckerberg and others provided funding to some states and cities last year to help run the election.

Those groups said their goal was simply to help increase voter turnout and assist stressed government agencies. But some Republicans said the funding was targeted at blue areas, therefore potentially favoring Democrats.

The bill also allows drop boxes but with some restrictions.

"Drop boxes must be geographically located so as to provide all voters in the county with an equal opportunity to cast a ballot," the bill says, and "must be monitored in person."

DeSantis said he is "not a fan" of drop boxes but that the legislature "wanted to keep them." So the new law, DeSantis said, "The drop boxes will be available only when they're monitored and during regular voting hours."

"You can't just leave these boxes out where there's not supervision all hours of the night." the governor added.

Conservative groups that have been supportive of new election security laws lauded DeSantis and the new law on Thursday.

"Governor DeSantis has led the fight for election integrity reforms in Florida every step of the way. We applaud the governor for signing SB 90 this morning, a strong bill that will ensure it remains easy to vote and hard to cheat in the Sunshine State," Jessica Anderson, the executive director of Heritage Action, said in a statement.

"Every Floridian can request a mail-in ballot, vote early, or cast a ballot on Election Day. Anyone who reads this new law will see that it keeps voting easy, and makes cheating harder," added Jason Snead, the executive director of the Honest Elections Project. "Maintaining a robust election system is a constant process of learning and improvement… Voters deserve the best election system we can deliver, and as Florida has shown, that work is never complete."