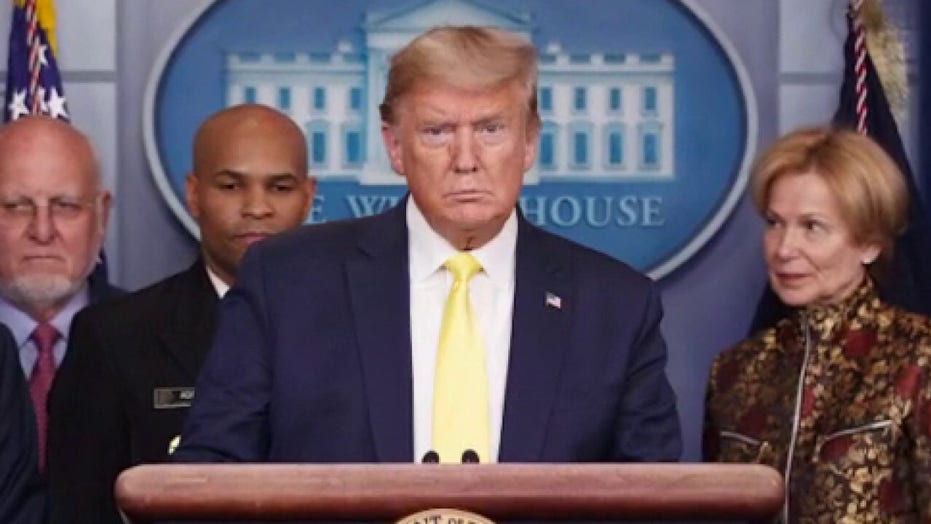 Democrats are lining up to condemn President Trump's proposal to eliminate payroll taxes amid the coronavirus outbreak, even though many of them were lock-step in supporting former President Obama's two-percent payroll tax cut in 2010.

The apparent flip-flop came as stocks rebounded on Tuesday on news of the president's coronavirus initiatives, with the Dow posting its third-biggest point gain in history. Trump has called for a "dramatic" payroll tax cut, and Fox News is told there has been consideration of suspending the payroll tax for three months, through the fall, or even through the end of the year.

House Speaker Nancy Pelosi, D-Calif., is working with Democratic leaders on their own stimulus package, and has suggested that a payroll cut likely won't be included because it amounts to “tax cuts for major corporations.”

However, in a 2011 press release, Pelosi called a brief extension of Obama's payroll tax cut a "victory for all Americans" and said it would put "nearly $40 per paycheck in the pockets of the average family."

"Today is a victory for all Americans - for the security of our middle class, for the health of our seniors, and for economic growth and job creation," Pelosi said at the time. "The American people spoke out clearly and, thanks to President Obama's leadership, 160 million Americans will continue to receive their payroll tax cut - nearly $40 per paycheck in the pockets of the average family. I salute the work of the unified House Democratic caucus on behalf of the American people."

"We should have done something along the lines of expanding infrastructure six months ago when [Trump] said he was going to do it," Neal said.

But in 2018, Neal posted an article to his website outlining his support for Obama's payroll tax.

"In economic downturn we all used to agree — Democrat, Republican, Libertarian, Socialists, far right — all agreed on two things, in an economic downturn you increased spending and you cut taxes. We did both," Neal said in the article. "We cut the payroll tax and we embraced Obama's plan for almost a trillion dollars in public spending and that helped get us out of where we were."

Separately, Pelosi indicated that Schumer agreed with her on a different approach: “In light of reports that the Trump Administration is considering new tax cuts for major corporations impacted by the coronavirus, Leader Schumer and I released a statement calling on the Administration to prioritize the health and safety of American workers and their families over corporate interests,” Pelosi said in a letter to rank-and-file Democrats. 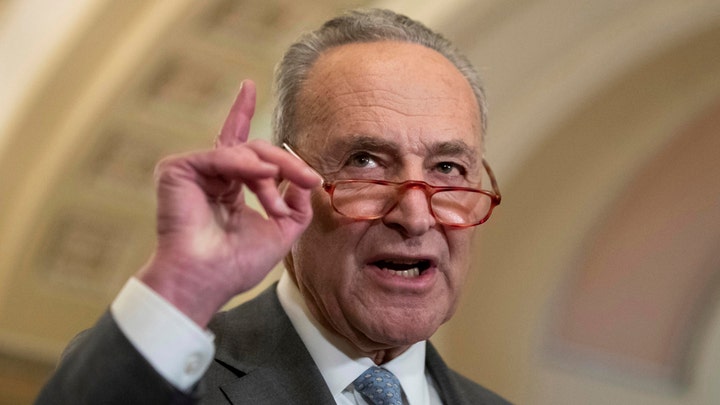 A slew of other Democrats have announced opposition to Trump's payroll proposal. Rep. Don Beyer, D-Va., who heads the Joint Economic Committee, told reporters he was "very suspicious that more tax cuts are going to do anything concrete."

Added Rep. Pramila Jayapal, D-Wash.: “We have to be very targeted about making sure we get money into working folks’ hands and, and not general tax cuts that benefit a lot of people, including some that don't really need to be benefited."

The party was united in the other direction in 2011.

"Last year, we worked together, Republicans and Democrats, to pass a payroll tax cut," Obama told attendees in Detroit on Sept. 5, 2011. "And because of that, this year the average family has an extra $1,000 in their pocket."

Rep. Nita Lowey, D-N.Y., called it “outrageous” that Republicans wanted to block a payroll tax -- and indicated that it would help working families, not just the wealthy or corporations.

“Outrageous that Senate #GOP blocked payroll tax reduction," she tweeted. " Will they pick up average $1,689/yr tab for NY18 families?

Rep. Gregory Meeks, D-N.Y., went as far as to characterize opposition to the payroll tax cut as a cynical political gambit.

"President Obama has proposed payroll tax cut for 2012 that is fully paid for," Meeks said in a statement. "Republican opposition to the payroll holiday will result in a tax increase for every American family.  It is time for Republicans to put politics aside and stand with Democrats to support the middle class."

The New York Times reported in 2010 that another big name in Democratic politics had a hand in the payroll cut -- current presidential frontrunner Joe Biden.

"The meeting was one of a number of direct conversations over the next few days between Mr. Biden and [Mitch] McConnell, the Senate Republican leader and a Senate colleague of Mr. Biden’s for nearly 25 years, that ultimately led to the agreement reached Monday," The Times reported, referring to a secret set of talks on Capitol Hill.

"According to those knowledgeable about the events that played out over less than a week, the agreement was the product of a fast-paced series of telephone contacts, conference calls and consultations with Congressional leaders," the Times wrote. "A critical negotiation on Sunday led to a surprise cut in employee payroll taxes as the men sought to wrap up the deal."

For Republicans, the sudden change in tone on payroll taxes as a means of economic stimulus was evidence of election-year opportunism.

As for the new proposal on Capitol Hill, a source familiar with the proposal tells Fox News that addressing the Trump administration's payroll tax proposal is “the fastest possible way” to address economic concerns. The source said that crafting proposals such as “unemployment insurance and dropping money out of helicopters" takes months to engineer. But the payroll tax could hit immediately – especially if they include both employers and employees.

The reluctance among some Republicans is a payroll tax cut could explode the deficit. However, Fox News is told that there are concerns that if Congress waits to act amid the declining economy, an even bigger hit to the deficit might result -- as large as “a $1 trillion direct score on the deficit."