A top Democrat and Republican on Sunday signaled that the upcoming debt-ceiling negotiations, as widely anticipated, will be another Washington showdown.

The negotiations in October put the country at risk of running out of money and not being able to pay its debt, with Republicans eventually dropping their demands for spending cuts and other concessions and accepting a deal to suspend the debt ceiling through Feb. 7.

White House senior adviser Dan Pfeiffer told “Fox News Sunday” that President Obama will “not pay ransom” for getting Congress to fulfill its duty to increase the ceiling and that members should “spare the country the drama.”

Senate Minority Leader Mitch McConnell said later on the show that Obama’s demand for a no-strings-attached deal to raise the debt ceiling, now at about $17 trillion, in the coming weeks is “irresponsible” and that demands from Congress have been the pattern for 50 years.

“I think the president is taking an unreasonable position,” the Kentucky Republican said.

Pfeiffer and McConnell’s remarks are not the first in recent weeks about a potential fiscal standoff like the one in October that also partially shut down the federal government for 16 days but are perhaps the most pointed.

Late last week, White House Press Secretary Jay Carney said a similar effort by Republicans in 2011 hurt the economy and that raising the debt ceiling is “something that is Congress’ responsibility and ought to be acted on without drama and without delay.”

McConnell suggested that congressional Republicans might ask the Obama administration to approve the completion of the Keystone XL pipeline as part of the negotiations.

He also said he sees the negotiations as an opportunity for Washington lawmakers to “accomplish something for the country,” not as a partisan battle. 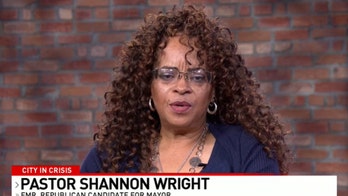