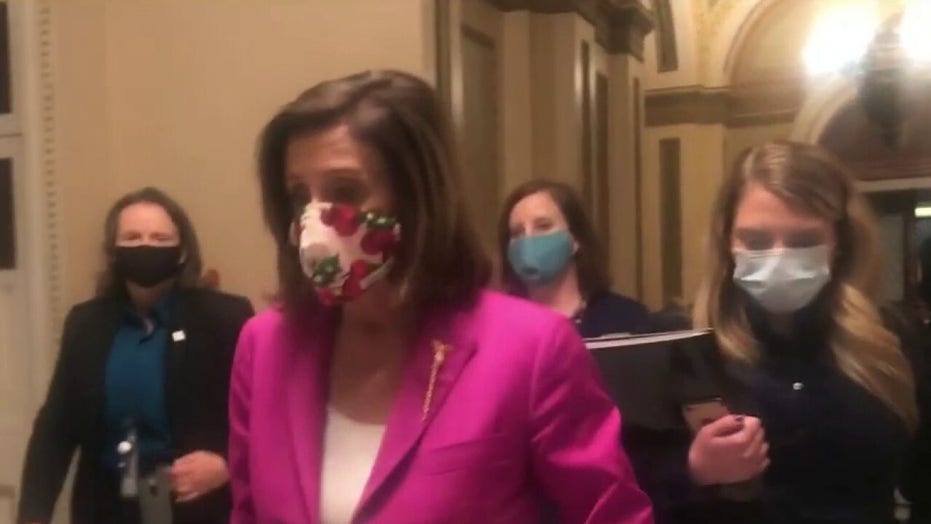 House Democrats were “bringing us all back today for a vote that will go nowhere,” Minority Leader Kevin McCarthy, R-Calif., said of the $3 trillion coronavirus bill approved Friday night.

The measure may not go “anywhere,” but it will likely serve as a marker and send a message, in more ways than one.

And, like most things in Congress, the sides likely will meet somewhere in the middle. That, in fact, would mean the likelihood of another coronavirus bill, even if it’s months from now.

The eye-popping $3 trillion price tag traumatized some Democrats. Conservative and moderate Democrats worried about the sheer size of the legislation. Democrats with competitive races fretted that Republicans would weaponize the bill to show “what’s wrong with the Democratic party.” They’d argue that liberals including Reps. Alexandria Ocasio-Cortez, D-N.Y., hijacked the legislation, tilting things way to the left. 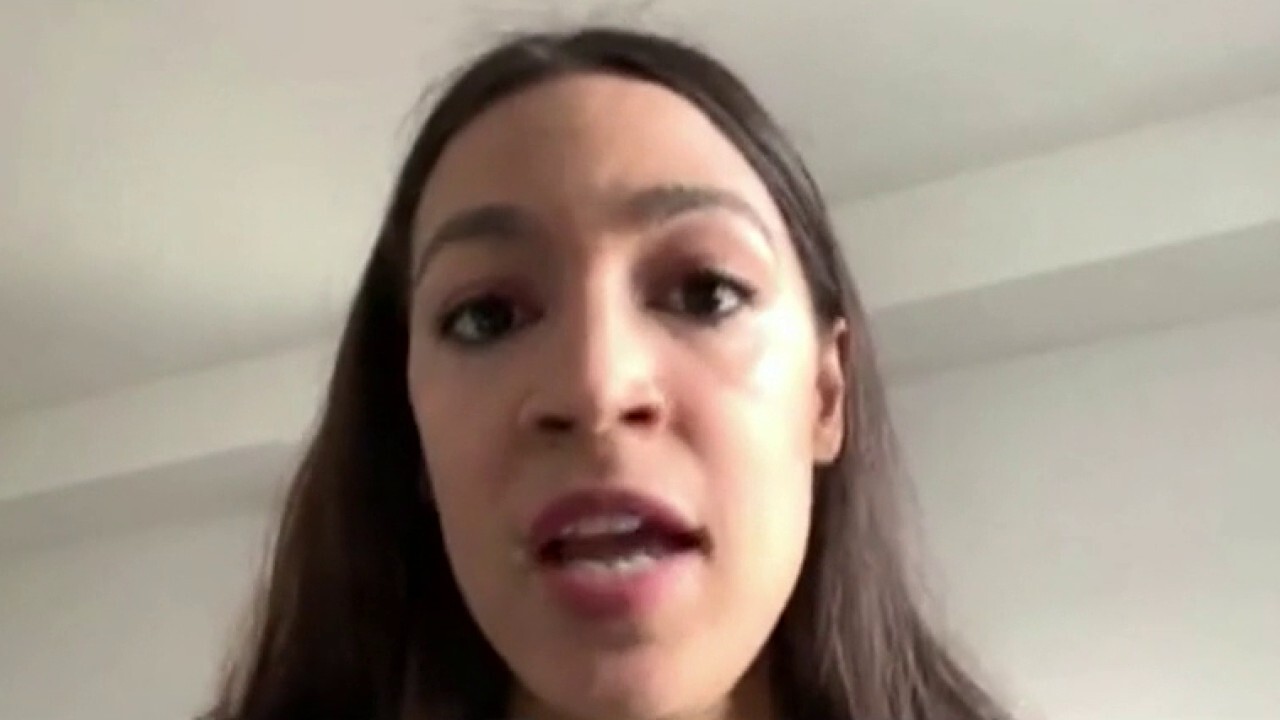 However, the bill also gave those facing competitive races an opportunity. They could boomerang the vote for their benefit. Voting “nay” demonstrated opposition to the legislation and independence from Pelosi. In the end, 14 Democrats, most from competitive districts, voted no on the measure.

“Many members of Congress, including some in my own party, have decided to use this package as an opportunity to make political statements and propose a bill that goes far beyond pandemic relief,” said Rep. Abigail Spanberger, D-Va., who flipped a district from red to blue in 2018. “Therefore, I will respectfully vote against this bill.”

Rep. Cindy Axne of Iowa is another Democrat who claimed a district from a Republican last cycle. She expressed the same reservations.

“I am deeply troubled by numerous provisions in this bill that could see large amounts of taxpayer dollars allocated to helping those who are not hurting at all,” Axne said. “I could not in good conscience vote to accept this Washington gamesmanship.”

Still, many liberals said they wanted even more, something in the $4 trillion range.

Could you blame House liberals?

It was Pelosi herself who encouraged her caucus to “go big.” Pelosi advised Democrats to expect a massive number on the fifth coronavirus bill “because interest rates are so low. The interest rates and the prospect of access to credit has bolstered the stock market. We intend to use those interest rates to bolster the American people.”

In other words, debt has never been this cheap.

Pelosi absorbed flak from her left flank for the last coronavirus bill. The measure totaled $484 billion – much of it to beef up the popular Paycheck Protection Program [PPP] for small businesses. But, House Democrats added money and provisions for “underbanked” communities which often lacked access to capital. They tacked on extra health assistance. Senate Republicans originally wanted only to approve $251 billion for the PPP on the spot. Pelosi would have none of that. 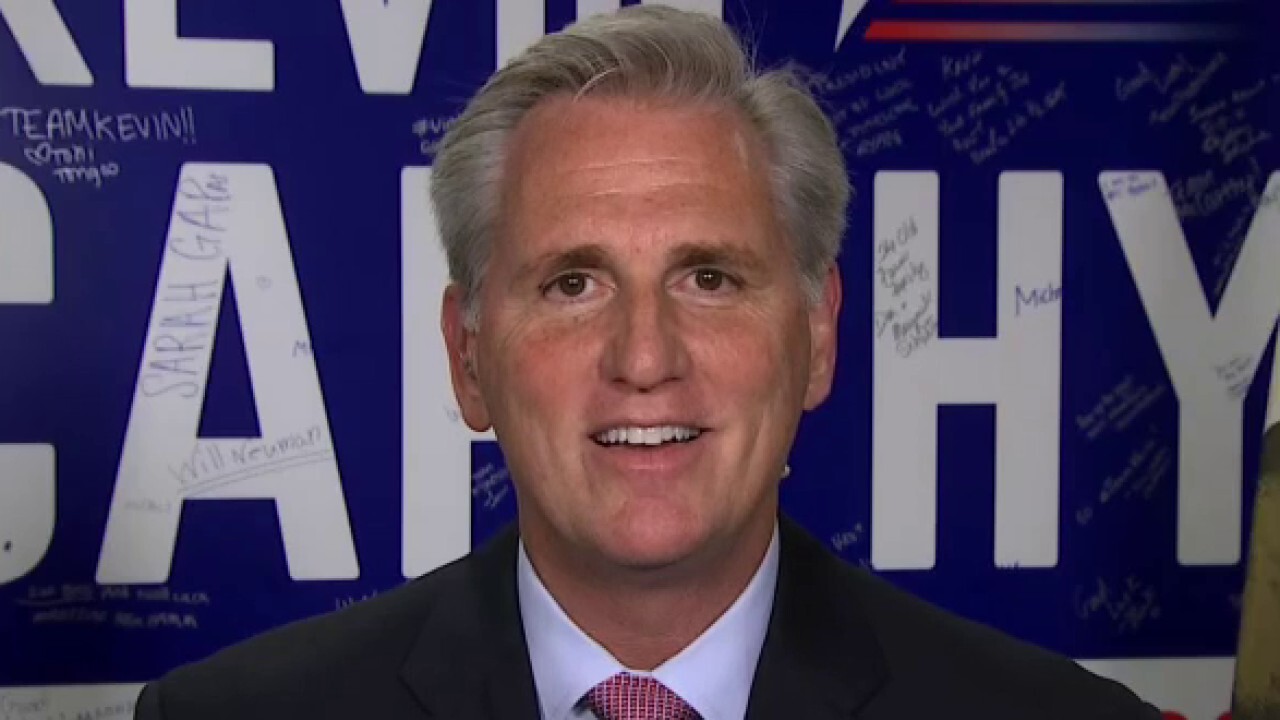 That’s why this plan was an homage to liberal Democrats in Pelosi’s caucus who weren’t pleased with the previous coronavirus legislation – even though Ocasio-Cortez was the only Democrat to vote against the earlier bill.

Still, this bill didn’t have enough for some progressives, such as Rep. Pramila Jayapal, D-Wash., who voted no.

“I can’t go home to the people and tell them that [this] is going to get money in their pockets,” Jayapal said. “I guess I wished we were putting forward a bill with state and local funding, a paycheck guarantee.”

Top House Democrats left out the White House and Senate Republicans when drafting this legislation. That essentially meant it’s not going anywhere, and would be dead in the Senate.

Two weeks ago, House Majority Leader Steny Hoyer, D-Md., said he didn’t want to pass a bill that was just a “message.” Well, if the bill passed only in the House, it’s simply a “message” bill. And, top Democrats directed part of the message at House liberals: Here’s the pie in the sky measure. We spent exhaustively. You can check a lot of boxes and say you voted for the bill, but this bill is not going to become law.

It’s also a message to voters concerned about the coronavirus.

Democrats could now gang up on McConnell and portray him as “the grim reaper” again – willing to block virtually any legislation coming over from the House. Democrats seized on McConnell’s statement earlier this month that it was time to “hit the pause button” on more coronavirus spending.

McConnell made a preemptive strike on the bill in a floor speech last Thursday. He characterized the plan as a “totally unserious effort” and “a Democratic wish list.” The Kentucky Republican hit all the white-hot topics, contending the bill will cut “checks specifically for illegal immigrants.” He noted that the word “cannabis” showed up in the legislation “69 times. More times than the word ‘job’ and four times as many as the word ‘hire.’”

“It still reads like the speaker of the House pasted together random ideas from her most liberal members and slapped the word ‘coronavirus’ on top of it,” McConnell charged.

To be frank, that’s kind of the slapdash approach to this bill. That’s because Pelosi seemingly wanted to include something for everyone. That’s another part of the “message.” Pelosi was saying to the left, “I hear you.” And, she undoubtedly viewed this measure as the start of a “negotiation.” There may be no bicameral coronavirus bill on the radar now, but there almost certainly will be another one in the future, perhaps this summer.

Federal Reserve Chairman Jerome Powell indicated recently that lawmakers may need to do more to salvage the economy.

“Additional fiscal support could be costly, but worth it if it helps avoid long-term economic damage and leaves us with a stronger economy,” Powell said. “This trade-off is one for our elected representatives, who wield powers over taxation and spending.”

In short, you can’t get there just by “reopening” and flinging the doors open to bars, restaurants and hair salons.

Even Republican Sens. Josh Hawley of Missouri and Cory Gardner of Colorado introduced legislation they called the “Rehire America” bill. The plan would award temporary wage increases to workers brought back to their jobs, and the federal government would provide incentives such as credits to reopen and rehire. It’s unclear how much such a program would cost. But, one could envision that package spiraling into the hundreds of billions of dollars, considering how much cash Washington spent on the Paycheck Protection Program to boost small businesses. 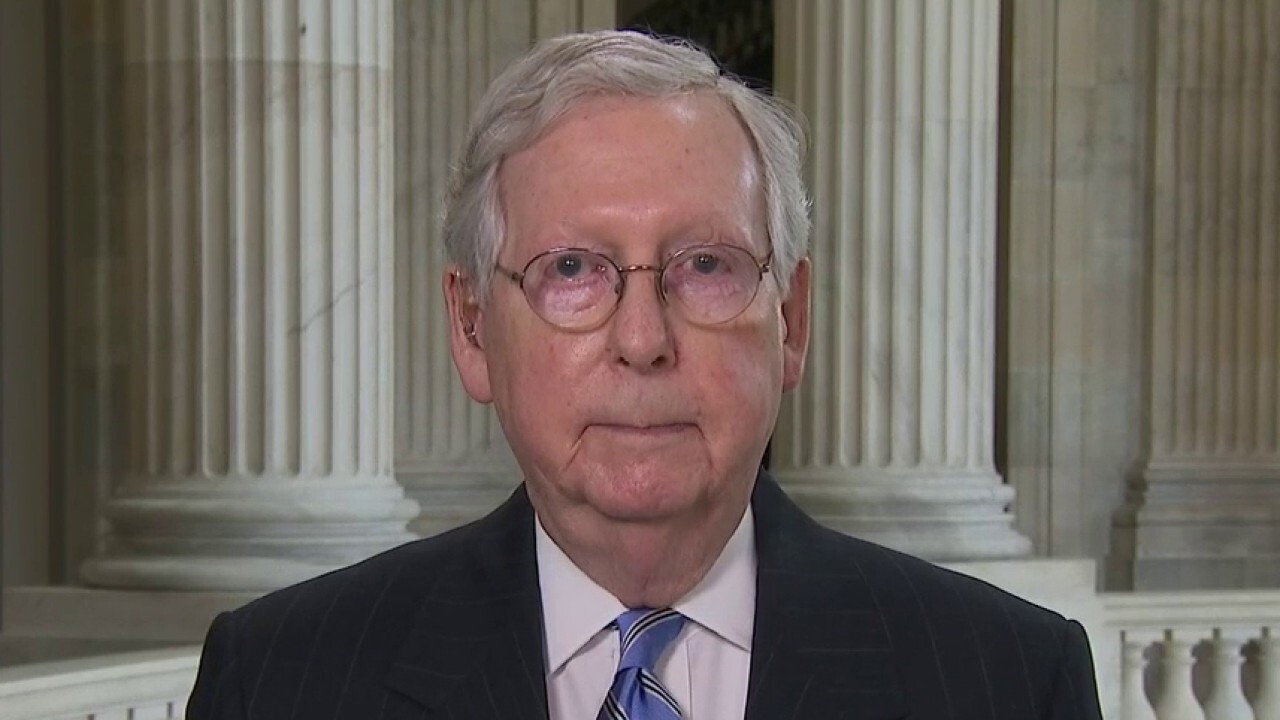 After McConnell finished excoriating the Democrats’ bill, he conceded in an interview with colleague Bret Baier that “we all believe another bill is going to be necessary.” He declined to paste a due date on the next piece of legislation. McConnell asserted only that “it’s going to include liability protection in order to get through the Senate.”

McConnell said he wanted to impose restrictions for suing due to coronavirus, citing concerns that bankruptcies would skyrocket.

But, it means both leaders have set the stage. Both have faced pressures from their respective caucuses and conferences. Pelosi’s caucus wanted action, the passage of a big bill. That happened. McConnell’s membership demanded something different, a pause. They got that, plus an appetizer for some civil liabilities after the pandemic.

As Sen. John Cornyn, R-Texas, quipped a few days ago, this all sounded like the “start of a negotiation.”

This is nearly how all things work in Washington: seemingly intractable positions by both sides, and somewhere down the road, some sort of grudging compromise.

There will be another coronavirus bill – or four. This is the negotiation.

And, it all started last week, visible in two very different approaches by the most powerful figures on Capitol Hill.