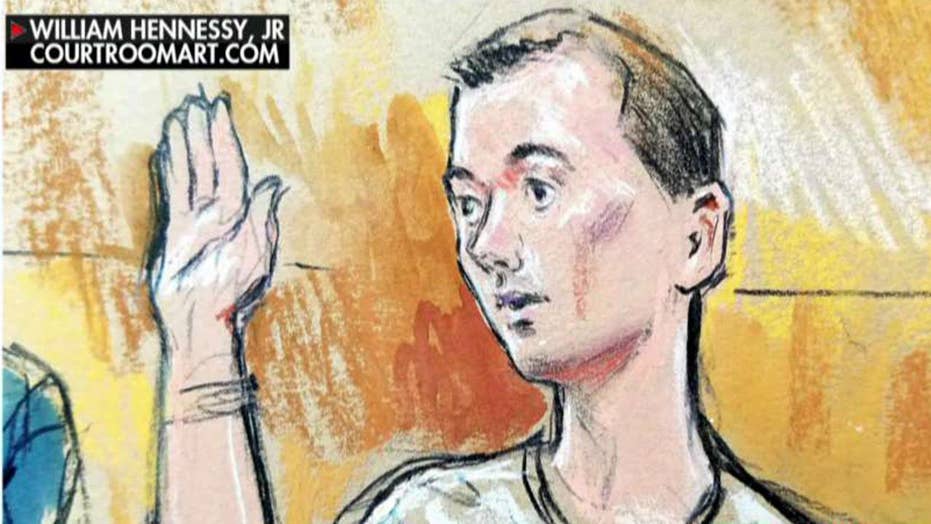 A former House Democratic staffer accused of posting personal information about a Republican senator online was ordered held without bail Tuesday ahead of his pending trial.

Cosko was working as a staffer for Rep. Sheila Jackson Lee, D-Texas. He had previously worked with Sen. Maggie Hassan, D-N.H., and former Sen. Barbara Boxer of California. He also worked or interned with the office of Sen. Dianne Feinstein, D-Calif., the ranking member of the Senate Judiciary Committee.

Cosko was arrested Oct. 3, one day after a staffer discovered him working on a computer in Hassan's Capitol Hill office, where Cosko was not authorized to be. According to a Capitol Police officer's affidavit, Cosko threatened the staffer who confronted him in an email message in which he threatened to leak emails, information about the health of senators' children and their Social Security numbers.

In denying Cosko bail, U.S. Magistrate Judge Deborah Robinson said prosecutors had shown that no conditions could ensure the community's safety if the suspect was released.

Cosko has been charged with several federal and local crimes in the District of Columbia, including making public restricted personal information; threatening a witness; unlawfully accessing a government computer and burglary of a senatorial office. He pleaded not guilty in court Tuesday.

A trial date for Cosko has not yet been set.

The purported home addresses and phone numbers of Lee, Sen. Lindsey Graham and Sen. Orrin Hatch were posted to their respective Wikipedia page soon after Graham defended Kavanaugh from the allegations against him. The edits were tracked and recorded by a Twitter bot that monitors changes made to Wikipedia entries by anyone located in the U.S. Congress.