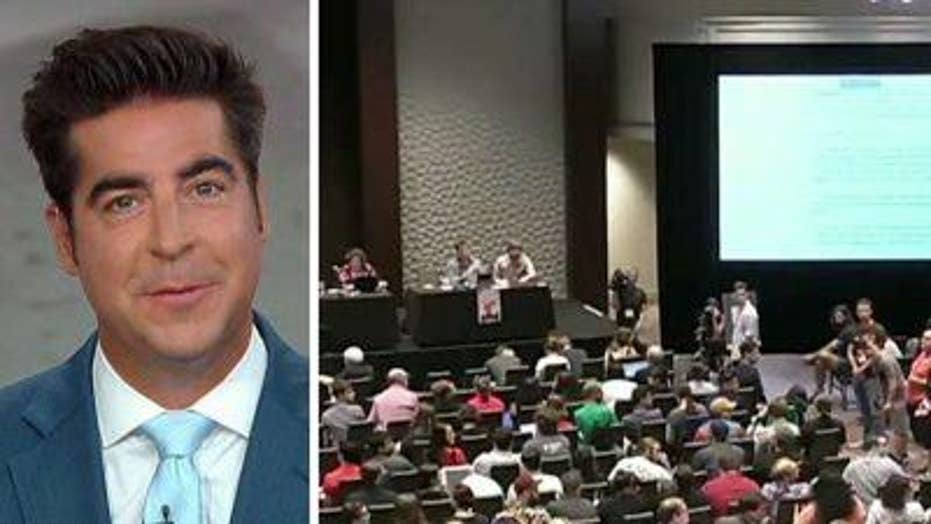 The Democratic Socialists of America (DSA) National Convention in Georgia this weekend came to a screeching halt when one delegate formally complained of "sensory overload" from "guys" whispering in the room -- prompting another "comrade" to grab the microphone to angrily demand an immediate end to the use of "gendered language."

The back-to-back moments of impassioned hypersensitivity at the gathering of the largest socialist organization in the United States led to bipartisan mockery from commentators, who compared the scene to something out of the sitcom "The Office" or the sketch comedy group Monty Python.

"Uh, quick point of personal privilege, um guys," began one delegate, who identified himself as James Jackson from Sacramento, and specified that he uses the "he/him" personal pronouns.

"I just want to say, can we please keep the chatter to the minimum? I'm one of the people who's very, very prone to sensory overload," Jackson said. Several other delegates could be seen waving "Jazz hands" in the air, instead of applauding, as he spoke. (Jazz hands are considered less "triggering" to those sensitive to loud sounds.)

"Thank you, comrade," the chair responded.

But the situation would not end so easily for the approximately 1,500 socialists gathered at the convention.

ECONOMISTS USE BEER TO DOCUMENT FAILURES OF SOCIALISM

"Please do not use gendered language to address everyone!"

Jackson, however, would soon come back for another round.

"I have ALREADY asked people to be mindful of the chatter of their comrades who are sensitive to sensory overload," Jackson said. "And that goes DOUBLE for the heckling and the hissing. It is also triggering to my anxiety. Like, being comradely isn't just for like, keeping things civil or whatever. It's so people aren't going to get triggered, and so that it doesn't affect their performance as a delegate."

Jackson said that while "your need to express yourself is important," it does not "trump" his own personal needs.

Earlier in the day, a speaker outlined the rules of the convention, which included a prohibition on "aggressive scents" in the quiet room.

Reaction to video clips of the disruptions, which were pulled from the DSA's livestream, was unsparing.

Cheong also called the person who complained about gendered language a "manchild."

Later, Cheong flagged that a delegate from New York (also using the "he/him" pronouns) objected to the "tactical" use of the term "democratic" in "democratic socialists," as a way to market the socialist ideology to Americans. Vermont Sen. Bernie Sanders, Michigan Rep. Rashida Tlaib, and New York Rep. Alexandria Ocasio-Cortez are three of the most prominent self-described "democratic socialists" in the Democratic Party. 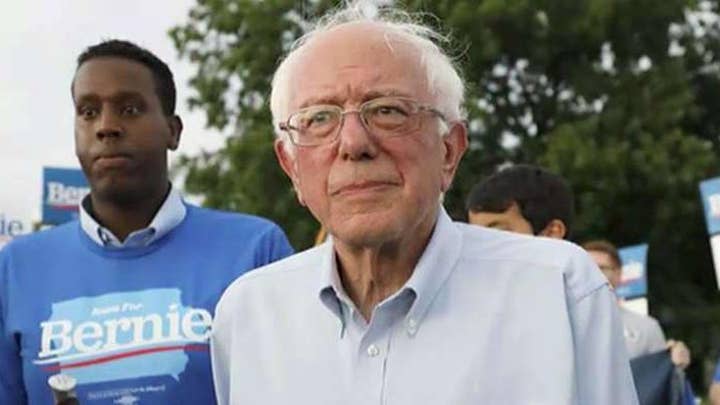 "This is amazing," added filmmaker and journalist Mike Cernovich.

"This is what the Left is all about today," wrote author Tarek Fatah. "Ho Chi Minh and Rosa Luxemburg just rolled in their graves."

On the other hand, the Washington Post's Dave Weigel suggested the moment could take the wind out of some of President Trump's dire warnings about the impending threat of socialism.

"This clip has one DSA delegate saying 'whispering and chatter' gives him sensory overload, and another asking for gendered terms not to be used," Weigel said. "Depending on the day, socialists are a terrifying force ready to overthrow the government, or a collection of snowflakes to laugh at."

The DSA fight comes as a new Fox News poll showed 54 percent of voters thought the U.S. moving from capitalism toward socialism would be a "bad thing" -- even as 53 percent of Democratic primary voters said it would be a "good" development.

The growing divide is expected to play a pivotal role in the 2020 presidential election, and Trump has repeatedly condemned socialism at his rallies.

Last week, Montana Republican Sen. Steve Daines introduced a resolution forcefully condemning what he called the "failed experiment" of socialism, warning that the United States had "two paths to take" -- with one leading to "freedom," and the other, "complete government control, undermining our Constitution and our American way of life.”