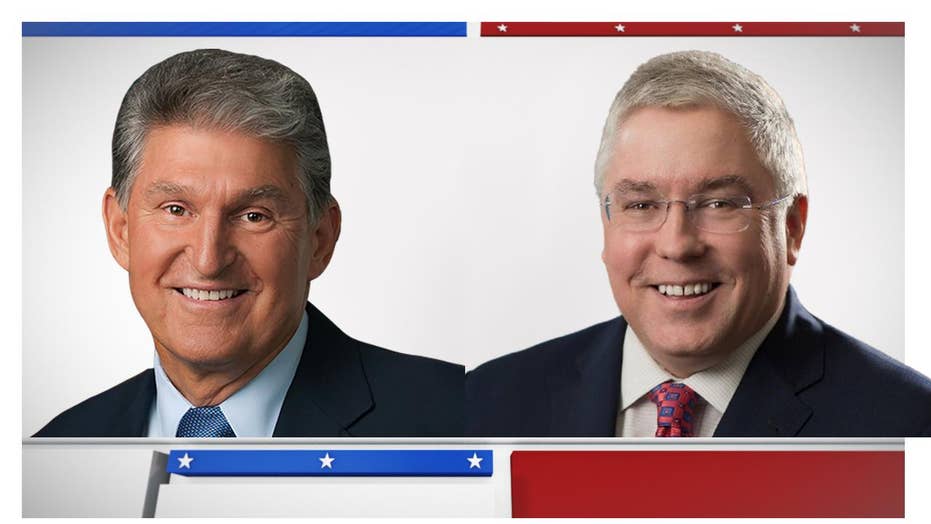 WV miners divided on Trump as they cast their ballot

Sen. Joe Manchin scored re-election to the Senate in West Virginia on Tuesday, defeating his Republican challenger and keeping a Democratic hold in a state President Trump won by a landslide in 2016.

Manchin, 71, was the only Democrat to break from his party in voting to confirm Brett Kavanaugh to the Supreme Court -- after it was apparent Kavanaugh would be confirmed.

Manchin won 49.7 percent of the vote compared to Morrisey's 46.2 percent, with 99 percent of precincts reporting. Manchin, a conservative Democrat, ran ads during the campaign that sought to highlight his independence and support for the Second Amendment.

Morrisey, the two-term attorney general and a staunch supporter of Trump, touted himself as a true conservative while his campaign accused Manchin of being "a dishonest Washington liberal who only acts bipartisan around election day ..."  Manchin, meanwhile, was critical of Morrisey's New Jersey roots and his past lobbying ties to the pharmaceutical industry.

Manchin, his voice cracking from a two-day motorcycle ride across the state Sunday and Monday to promote his campaign, told supporters in his victory speech: "You made history tonight. This is truly a win for West Virginia.