As Mike Bloomberg's unprecedented spending has increased, so has his rise in the national polls, shown in this graphic by Fox News Research. (Source: Ad analytics and news reports citing Kantar Media/CMAG data and RCP average for 2020 Democratic presidential nomination)

As Mike Bloomberg's unprecedented spending has increased, so has his rise in the national polls.

That became especially apparent Tuesday as Bloomberg surged to 19 percent in a new national poll from Marist College, putting the former New York City mayor over the top and onto the stage at Wednesday night’s primetime Democratic presidential nomination debate.

Bloomberg’s support in that poll is his highest to date in a national survey of Democrats or Democratic-leaning independents. On Tuesday evening, Bloomberg also qualified for his second debate, after a NBC/Wall Street Journal poll was released showing him at 14 percent nationally. That debate is set for next week in Charleston, S.C.

BLOOMBERG'S BUCKS: HOW THE BILLIONAIRE'S MASSIVE CAMPAIGN SPENDING STACKS UP WITH HIS 2020 RIVALS

Credit for the pumped-up polls goes to the unprecedented amount of his own money the multibillionaire business and media mogul has spent to run ads on TV and social media across the country in the less than three months he’s been running for the White House. See the chart from Fox News Research above that shows the correlation.

Bloomberg’s shelled out nearly $340 million to run commercials on traditional media, according to the ad-tracking firm Advertising Analytics. That breaks the record set in the 2012 election cycle by then-President Barack Obama. And Bloomberg’s also spent millions more to run ads on Facebook and Google.

That tidal wave of ads – running nationally and in markets from coast to coast – has helped the candidate’s poll numbers in the Real Clear Politics average of latest national surveys rise from 4 percent at the beginning of December to 14 percent now as of the end of last week. 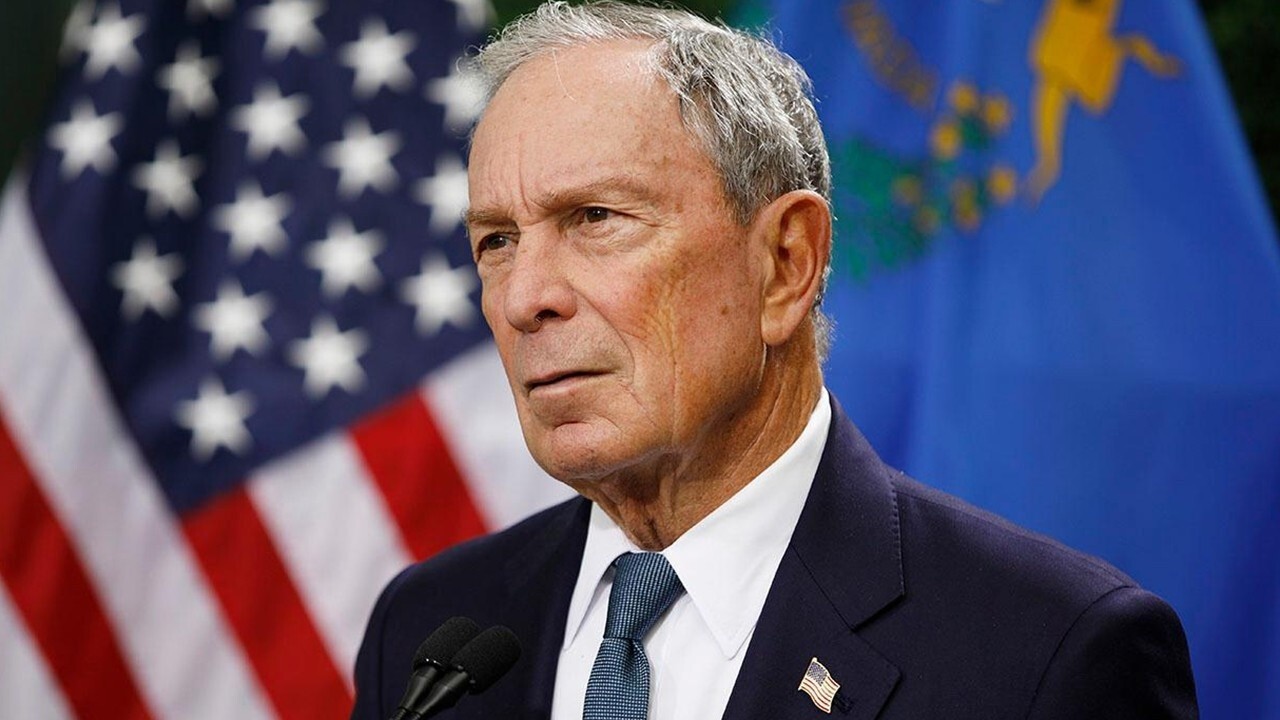 “We’ve never seen a candidate like Michael Bloomberg on either side of the aisle before – able and willing to spend whatever resources needed to introduce himself to voters. It’s not surprising he’s seen an uptick in his polling numbers, given his level of financial investment,” veteran Republican consultant Colin Reed emphasized.

Because he jumped into the race so late, Bloomberg decided to skip campaigning in the four early states of Iowa, New Hampshire, Nevada and South Carolina, which kick off the presidential nominating calendar and hold their contests in February. Instead, he’s concentrating on the delegate-rich Super Tuesday states that hold contests in two weeks on March 3 and beyond.

That meant that national polling is currently Bloomberg’s only avenue to qualify for the late February debates. And the onslaught of ads has contributed to the candidate’s steady rise in those polls.

National polling has traditionally taken a backseat to surveys in the early voting states – but that’s changed somewhat this cycle.

“National polls are as fickle as weather in the White Mountains, useful only for fundraising pitches and assessing overall campaign health. That changed this cycle when polling data became linked to debate qualification,” explained Reed, a veteran of the 2012 Romney presidential campaign.

Bloomberg's qualification for the debate stage Wednesday night was met by derision by both sides of the aisle.

"It’s a shame Mike Bloomberg can buy his way into the debate," one rival, Massachusetts Sen. Elizabeth Warren, tweeted. "But at least now primary voters curious about how each candidate will take on Donald Trump can get a live demonstration of how we each take on an egomaniac billionaire."

Trump himself, though, also accused Bloomberg of trying to buy his way to the White House.

“Mini is illegally buying the Democrat Nomination,” Trump tweeted. “They are taking it away from Bernie again. Mini Mike, Major Party Nominations are not for sale! Good luck in the debate tomorrow night and remember, no standing on boxes!”

Bloomberg shot back at Trump on Tuesday evening.

“Why do you want to run against Bernie so badly?” he replied.

Sen. Bernie Sanders of Vermont – an outspoken critic of Bloomberg’s use of his deep pockets to fuel his White House bid – once again took aim at the multi-billionaire.

At a campaign event in Reno, Nev., on Tuesday, the populist senator who’s making his second straight run for the presidency asked the crowd, “anybody here worth $60 billion dollars? You can run for president, and you can buy the airwaves.”

That elicited boos from the crowd as Sanders stressed that “that is called oligarchy, not democracy.”

At a town hall in Las Vegas, Buttigieg jabbed at Bloomberg as a “billionaire who thinks that you can just buy your way onto TV.”

But, Bloomberg’s free to spend as much money as he’d like on his White House bid. There currently have been no limits or restrictions on how much of his or her own money a federal candidate could spend on a campaign for office

Republicans dinged Bernie Sanders on Tuesday after he gave a speech Tuesday in Nevada comparing voting for him to voting for Nelson Mandela in South Africa.

Republicans scoffed at the comparison.