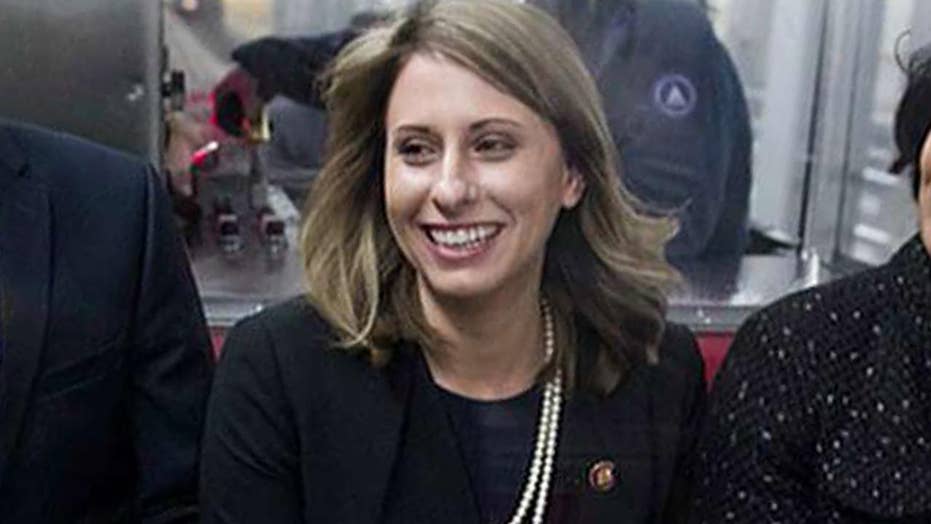 The California Democrat denies having an affair with a congressional staffer however did admit to having a relationship with a subordinate on her campaign; Ellison Barber reports from Washington.

The political fallout for Rep. Katie Hill, D-Calif., escalated on Thursday as more compromising photos of the freshman lawmaker surfaced amid a House Ethics Committee inquiry into her behavior.

The Daily Mail on Thursday published one photo of what appeared to be a fully nude Hill holding a bong, and another of her kissing a staff worker on her congressional campaign, who was reportedly involved in a “throuple” relationship with Hill and Hill’s husband, Kenny Heslep.

The new photos emerged shortly after the conservative website RedState.org posted screenshots of several text messages between Hill and the staffer detailing the reported end of their three-person relationship earlier this year and reported on intimate pictures including a nude photo of Hill brushing the staffer’s hair.

According to the texts that were shown, Hill wanted to focus on her work and suggested that "political risk" was a factor. 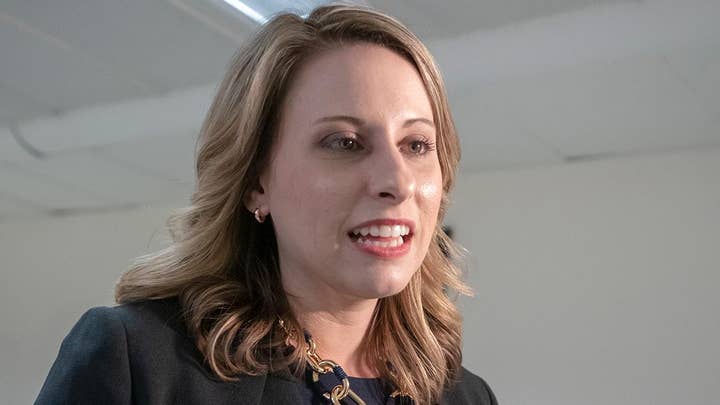 Hill, an openly bisexual congresswoman and the vice chairwoman of the powerful House Oversight Committee, admitted Wednesday she had an "inappropriate" relationship with a female campaign staffer.

The California Democrat did not respond to Fox News’ request for comment. But in a letter sent to constituents on Wednesday and obtained by Fox News, Hill acknowledged that in the final years of what she called an "abusive marriage," she began a relationship with the unnamed campaign staffer.

"I know that even a consensual relationship with a subordinate is inappropriate, but I still allowed it to happen despite my better judgment," Hill wrote. "For that I apologize. I wish nothing but the best for her and hope everyone respects her privacy in this difficult time." 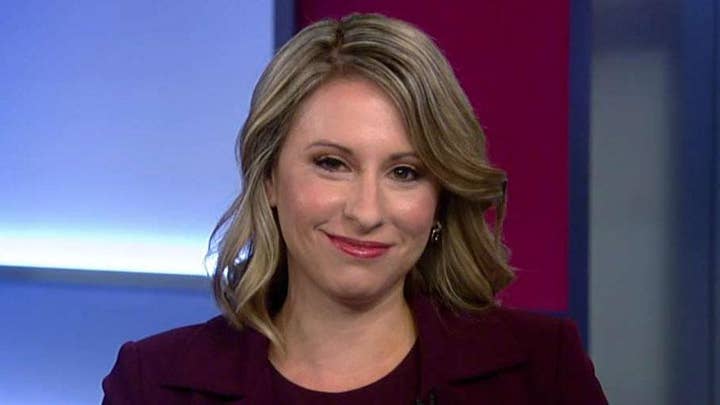 "I am going through a divorce from an abusive husband who seems determined to try to humiliate me," Hill said in her statement. "I am disgusted that my opponents would seek to exploit such a private matter for political gain. This coordinated effort to try to destroy me and the people close to me is despicable and will not succeed. I, like many women who have faced attacks like this before, am stronger than those who want me to be afraid."

RedState also reported last week that Hill had an extramarital affair with Graham Kelly, her legislative director and former campaign finance director, for at least a year. Heslep was said to have shared his own screenshot of a text exchange he had with a friend who had heard about the affair; it was later deleted from his Facebook account.

Neither Heslep nor Kelly could be reached for comment. 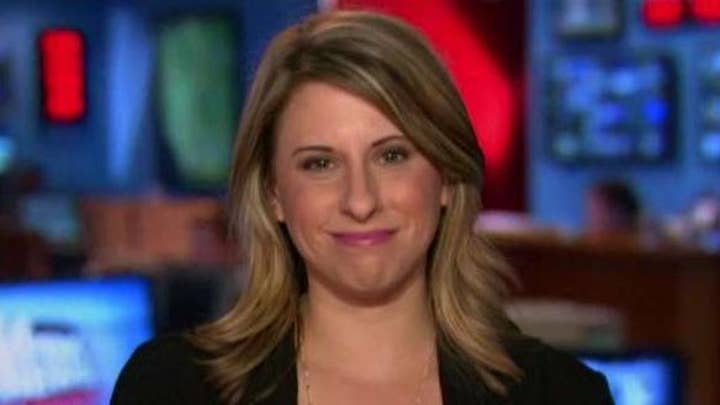 "The truth is, distributing intimate photos with the intent to publish them is a crime, and the perpetrator should be punished to the full extent of the law," she has said. "I am saddened that the deeply personal matter of my divorce has been brought into public view, even the false allegations of a relationship with my congressional staffer, which I have publicly denied, and I am fully and proactively cooperating with the Ethics Committee."

RedState also published a series of purported late-night texts in which Heslep called into question Hill’s drinking. Other texts showed the female staffer involved in the "throuple" expressing concerns about Hill's drinking.

The Republican challengers for Hill's congressional seat have pounced on the controversy as they sought to win back one of the many districts the Democrats took in the 2018 midterm elections.

"No member of Congress should ever engage in a relationship with a staffer. Ever. Period,” Mike Garcia, a Republican challenging Hill in 2020, said in a statement. "In the Navy, I took an oath of office and it would’ve been grounds for dishonorable discharge if a member of the military ever conducted themselves in this way. Katie Hill also took an oath, and we need full transparency and accountability." 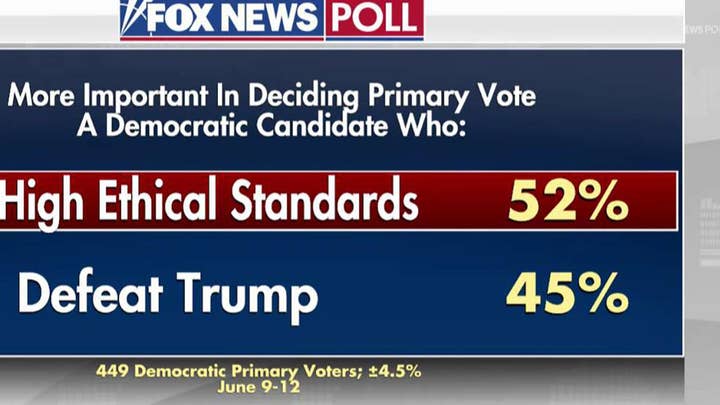 Angela Underwood-Jacobs, a Republican council member in Lancaster, Calif., who also has vied for Hill's seat, went further by telling Fox News she should resign over the controversy.

"She needs to do the right thing and step down," Underwood-Jacobs said. "She was entrusted to do a job and I can't see how she is getting any work done when she’s dealing with all this."

Another GOP candidate, Mark Cripe, said in a statement that “my primary concern is that these issues are distracting her from the ability to professionally focus on giving the best, most positive efforts to represent district 25.”

George Papadopoulos, the former foreign policy adviser for President Trump who served 12 days in federal prison for lying to federal investigators, also weighed in on Hill's controversy. Papadopoulos, who recently moved to California with his wife, has stirred speculation that he might challenge Hill for her seat in 2020.

"Certain districts are not being governed and represented properly, including the 25th Congressional District which Katie Hill is representing at the moment," Papadopoulos told Fox News. "I have been reached out to by leaders who are helping other Republicans run in the state and they think I have a great shot. Running for Congress and winning is definitely a goal of mine."

He added, "Timing is everything, though, and will be making a final decision next week."

Amid widespread GOP criticism of Hill, the lawmaker has received support from one surprising source.

Republican Rep. Matt Gaetz of Florida on Thursday tweeted in her defense, calling her "focused and thoughtful."

"This is just absurd," Gaetz tweeted. "The only person who seems to have a gripe is @RepKatieHill's soon-to-be ex. Who among us would look perfect if every ex leaked every photo/text? Katie isn’t being investigated by Ethics or maligned because she hurt anyone - it is because she is different."

Fox News’ Brooke Singman and Joseph A. Wulfsohn contributed to this report.