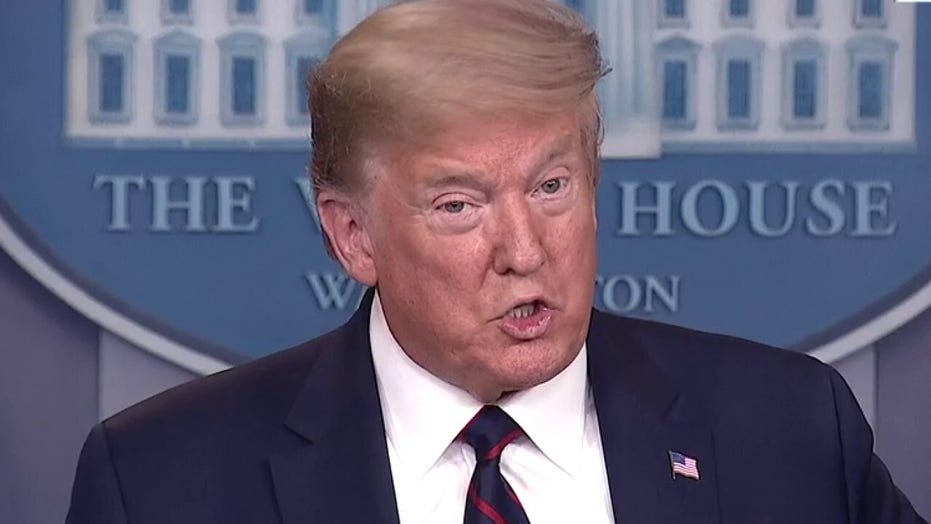 A Democratic state representative in Ohio said she "can't take it anymore" and vowed to refer President Trump to the International Criminal Court for "crimes against humanity" over Trump's promotion of a drug that has not been conclusively proven to fight the coronavirus.

State Rep. Tavia Galonski tweeted Sunday after President Trump spoke about hydroxychloroquine at his daily press briefing. The drug, normally used to treat malaria, is one of several that the president has pointed to as showing promise in the fight against COVID-19, but its effectiveness has been a subject of debate.

GIULIANI SAYS DOCTORS, NOT 'NATIONAL BUREAUCRACY,' SHOULD DECIDE WHETHER TO USE HYDROXYCHLOROQUINE FOR CORONAVIRUS

"I can’t take it anymore. I’ve been to The Hague. I’m making a referral for crimes against humanity tomorrow," Galonski said. "Today’s press conference was the last straw. I know the need for a prosecution referral when I see one."

The Hague is the site of the International Criminal Court (ICC), which boasts 123 state parties. The United States is not one of them. Only member states or non-members who accept the ICC's jurisdiction can make referrals. Alternatively, the United Nations Security Council can also refer a matter for investigation.

"Crimes against humanity" is a category of offense that the ICC handles. The court provides a list of crimes that fall under this, including murder, extermination, enslavement, torture, and "other inhumane acts of a similar character intentionally causing great suffering or serious bodily or mental injury."

Fox News asked Rep. Galonski if there is a specific crime she is accusing Trump of committing, and how she plans on pursuing charges given the United States' non-member status. She did not immediately respond.

Galonski is not the only one to question Trump's promotion of hydroxychloroquine, given that the FDA has not approved it -- or any other drugs -- specifically for treating COVID-19. The FDA has issued Emergency Use Authorizations (EUAs) for both hydroxycholoroquine and chloroquine, but the EUAs specifically note that these are for "unapproved use" and that "optimal dosing and duration of treatment is unknown."

Many governors, public-health officials, and others have warned that the drug has shown major side effects and its efficacy still remained unproven as a treatment for COVID-19. Some experts have expressed concern that widespread use of the drug could lead to complicating access for people who need them for rheumatoid arthritis or lupus.

There have been instances of doctors saying they have had success with it, but Dr. Antony Fauci, director of the National Institute of Allergy and Infectious Diseases, told CBS' "Face the Nation" that the data is "at best suggestive."

Fauci said he does not think "we could definitely say it works," noting that in some cases there has been "no effect," and in others it may have been effective.

When Fauci was asked about the drug at Sunday's press briefing, Trump said, "He’s answered that question 15 times."

Despite the apparent inconclusiveness one way or the other about the drug, Galonski appears confident that she has grounds to bring a case against the president, and is calling on attorneys with international experience to reach out and help her.