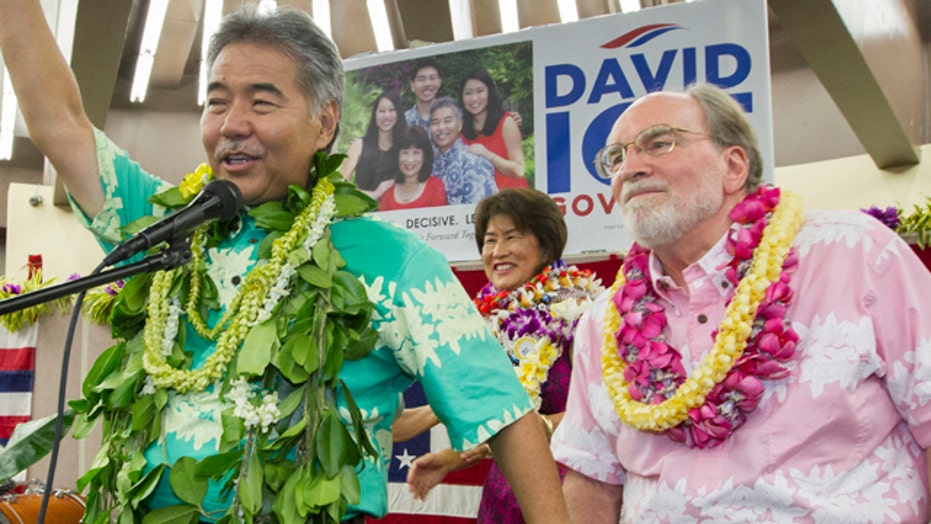 Despite his 20 years in Congress -- and multiple terms in the statehouse and Honolulu City Council -- voters in Hawaii delivered a staggering defeat Saturday to incumbent Democratic Gov. Neil Abercrombie.

The primary defeat was a first for a sitting governor in the state and revealed voter dissatisfaction over a host of decisions -- and was also tied to some Democratic Party drama regarding the state's Senate race.

"Every waking breath that I've taken, every thought that I had before I slept was for Hawaii," Abercrombie said in his concession speech. "It was for you."

Abercrombie's loss is tied to several decisions he made as governor. He campaigned as an environmentalist, then approved multiple housing and retail developments on state agricultural land growing native crops. He raised taxes on hotel rooms, plastic bags and retiree pensions. He lost the support of powerful teacher unions when he approved a cut in pay.

"Whatever shortcomings I have, whatever faults that I have, I can guarantee you, one of them has never been a failure to give all I can every day that I can for Hawaii," the 76-year-old governor said.

Analysts say his biggest fault in this election was the choice he didn't make -- to appoint Rep. Colleen Hanabusa to fill the seat of the late Sen. Daniel Inouye.

On his deathbed in 2012, Inouye asked Abercrombie in a letter to grant him one last wish -- appoint long-time protege Hanabusa to complete his Senate term. To almost everyone's surprise, Abercrombie ignored Inouye and appointed his Lt. Gov. Brian Schatz instead, arguing that Schatz could serve Hawaii longer because of his younger age -- 41 to Hanabusa's 63.

Dissing Inouye may have hurt the governor among Asian-Americans. White voters represent just 30 percent of the island constituency, and Japanese-Americans have the highest turnout rate in Hawaii. Both Inouye and Hanabusa are Japanese-American. Schatz and Abercrombie are white.

The Hanabusa-Schatz race remained too close to call on Monday, with Schatz ahead by just 1,600 votes. But there is a wildcard in the race -- two precincts on the Big Island that officials shut down because of Hurricane Iselle.

Officials announced Monday night that voters in the two precincts could go to the polls Friday.

The two precincts in Puna contain some 8,000 registered voters. But based on 2010 results, fewer than 3,000 will vote, unless the prospect of picking the likely next U.S. senator holds special appeal.

Though power lines remain down and fallen trees still block some roads, the two candidates are in Puna campaigning.

Schatz outspent Hanabusa by 2-to-1, an underdog role the congresswoman played up on Sunday.

The Hawaii elections office mailed out ballots Monday and expects most of them back sometime next week. The state has 21 days to certify the results.