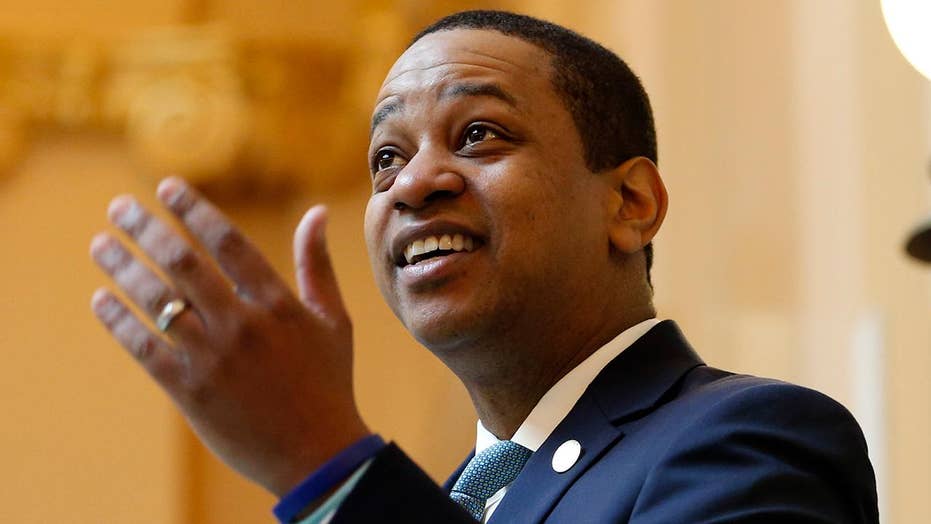 The two women accusing Virginia Lt. Gov Justin Fairfax of sexual assault said they would be willing to testify at possible impeachment proceedings against the Democrat; Garrett Tenney reports from Richmond, Virginia.

A Virginia delegate who threatened to introduce articles of impeachment against Lt. Gov. Justin Fairfax amid sexual assault allegations has hit pause, saying in a tweet that “additional conversation” is needed before anything is filed.

Patrick Hope, a fellow Democrat and member of the Virginia House of Delegates, announced Friday that he intended to introduce articles of impeachment against Fairfax unless he resigned by Monday. This prompted the two women who have accused Fairfax of assault to say they'd be willing to testify in any impeachment proceedings.

But Hope on Monday morning tweeted that he’s decided to wait after receiving “sincere and thoughtful feedback” on a draft he sent to his fellow delegates.

“Yesterday I sent draft language to my colleagues on the first step of an impeachment action regarding the Lt. Governor,” Hope tweeted. “There has been an enormous amount of sincere and thoughtful feedback which has led to additional conversations that need to take place before anything is filed.”

Hope followed that tweet with two more saying he believed the two women who have accused Fairfax of sexual assault, but that “we owe it to all parties involved- especially the victims- to make sure that we have thought through every option the General Assembly has.”

Fairfax’s first accuser, Vanessa C. Tyson, a professor at Scripps College in California, alleges that Fairfax forced her to perform oral sex on him in July 2004 during the Democratic National Convention in Boston. A lawyer for another woman accusing Fairfax of sexual assault, Meredith Watson, said in a statement that Fairfax raped Watson in 2000 when they were students at Duke University, calling the alleged attack “premeditated and aggressive.”

Fairfax has denied both allegations and said Friday they were part of a smear campaign against him and he doesn’t intend to resign.

But the second allegation, which emerged late Friday, led to a bipartisan wave of calls for him to step down. U.S. Sen. Tim Kaine, D-Va., wrote on Twitter that Fairfax “can no longer effectively serve the Commonwealth."

"We cannot ever ignore or tolerate sexual assault,” wrote Kaine, who was former Secretary of State Hillary Clinton's running mate in the 2016 presidential election.

A number of other top Virginia Democrats have also called for Fairfax to resign, including members of the Virginia Legislative Black Caucus.

“In light of the most recent sexual assault allegations against Lieutenant Governor Justin Fairfax, the Virginia Legislative Black Caucus believes it is best for Lt. Governor Fairfax to step down from his position," the caucus said in a statement.

Amid the Fairfax allegations, Virginia has been engulfed by a series of racial scandals involving Gov. Ralph Northam and Attorney General Mark Herring, both Democrats, over their use of blackface while in college. Both men have signaled they have no intention of resigning -- despite calls to resign from a host of Democrats with national profiles.