Democrat Andy Kim, running for New Jersey’s 3rd Congressional District, is facing criticism for his comments about working under a Republican administration. (Facebook)

A Democrat running in a tight New Jersey’s 3rd Congressional District race has reportedly exaggerated his resume, claiming he worked under a Republican president as a national security officer while he worked at an entry-level position.

Andy Kim, a counterterrorism expert and former Obama national security adviser, is running in a district that voted for Donald Trump in 2016 and for former Barack Obama in 2008 and 2012.

He is facing off against incumbent Republican Rep. Tom MacArthur, with many polls indicating the race is a toss-up.

The Democrat portrayed himself as middle-of-the-road candidate that can come across the aisle for the greater good of the country. As a proof of bipartisanship, he boasted about his record of working for both Republican and Democratic administrations.

“What is service? … It’s a kid from Marlton who became a national security officer for Republican and Democratic presidents and worked in Afghanistan under Generals Petraeus and Allen,” said his campaign ad.

On his campaign website, Kim also claims that he “worked under both Democratic and Republican Administrations and I have and always will put the nation and the American people above partisan politics.”

But according to the Washington Post’s fact checkers, only one part of the ad is accurate – he did work for then-President Obama and had a senior role within the administration. Kim, however, has never technically worked for a Republican president.

The Democrat’s LinkedIn page claims he worked at the U.S. Agency for International Development (USAID) for “less than a year” back in 2005 as a conflict management specialist.

The position is an entry-level job where Kim lasted for five months before leaving the job to pursue doctoral research at Oxford University in the United Kingdom. 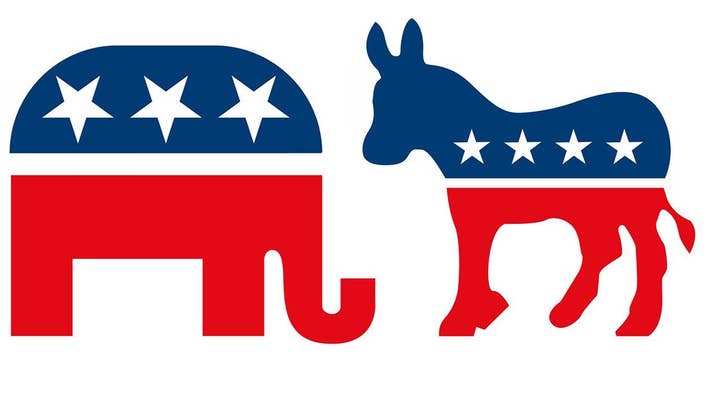 It was also his first full-time job after graduating the University of Chicago in 2004 and spending four months as an intern at the USAID, the Post revealed.

According to the campaign, Kim was paid at a GS-9 level at the agency –$37,390 per year – which would be the equivalent of a second lieutenant in the Army, the entry-level position for commissioned officers.

Some former colleagues of Kim went his defense amid the Post’s revelations, insisting that the candidate’s work at USAID was tied to U.S. national security.

Zack Carroll, Kim’s campaign manager, insisted that the ad claiming Kim worked for a Republican president is still accurate, despite that his job was entry-level and just for five months.

“While working at USAID under the Bush administration, Andy served in the Africa bureau working on U.S. response to conflict-related crises across Africa, including national security concerns related to terrorism in Somalia and genocide and child soldiers concerns in Sudan/Uganda. Andy worked closely with officials from the Pentagon, State Department, and other national security departments to develop comprehensive foreign policy responses to these and other crises,” he added.

Fox News reached out to his campaign early Tuesday but did not immediately hear back.

Chris Russell, a strategist for the MacArthur campaign, slammed Kim for exaggerating the his biography and urged take down the ad. “Andy Kim grossly embellished his résumé at USAID in a deliberate attempt to mislead voters about his background,” Russell said.