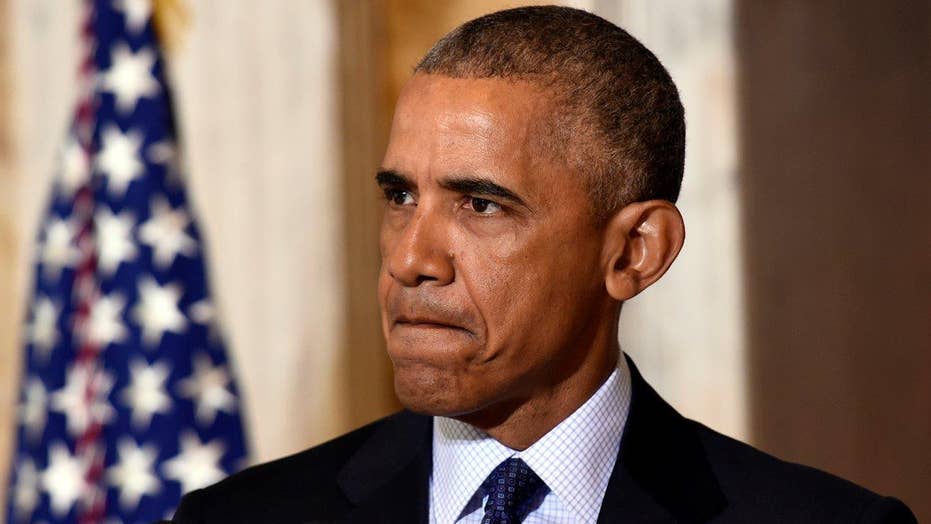 Republicans roundly rejected President Obama’s rationale for refusing to use the term “radical Islam” in describing terror attacks, responding that: “You have to define the enemy to defeat it.”

House Homeland Security Committee Chairman Mike McCaul, R-Texas, led the charge a day after the president delivered a point-by-point denunciation of his critics.

McCaul said “Churchill didn’t dance around the Nazis, he called it fascism,” while Presidents Reagan and Kennedy similarly confronted Communism.

“Now we have a generational threat struggle called Islamist extremism,” he said Wednesday.

“[Obama] was more angry at me than he was at the shooter,” Trump said. “… That’s the kind of anger he should have for the shooter.”

The pushback comes after Obama made his most extensive comments yet challenging critics who have been on his case for years over avoiding the term “radical Islam,” including after Sunday’s Orlando terror massacre where the shooter professed support for the Islamic State.

“Calling a threat by a different name does not make it go away. … There’s no magic to the phrase of radical Islam,” Obama said Tuesday. “It’s a political talking point.”

Obama went on to warn of a slippery slope in this debate, citing Trump’s call for a temporary ban on Muslim immigration – a proposal many in Trump’s party do not support, including House Speaker Paul Ryan.

“We don’t have religious tests here,” Obama said, without attacking Trump by name. But answering one of Trump’s most frequent accusations, the president said his reluctance to use the phrase “radical Islam” has “nothing to do with political correctness and everything to do with actually defeating extremism.”

He said groups like ISIS “want to claim that they are the true leaders of over a billion Muslims … who reject their crazy notions,” and a move to single out Muslims in America “betrays the very values America stands for.”

Trump has not backed down on that call, even as Ryan and others in the party have voiced concern about his rhetoric.

“It we don’t get tough, and we don’t get smart -- and fast -- we’re not going to have a country anymore. There will be nothing left,” Trump said Monday.

The Obama administration, though, has only accelerated the pace of Syrian refugee admissions in recent weeks – which is a program Trump and other Republicans have warned could pose a security risk.

Deputy National Security Advisor Avril Haines said Tuesday that the administration is speeding up the admissions process, while still taking the necessary security precautions. According to Haines, “we’ve admitted about 3,500 Syrian refugees—more in the last five weeks than in the past seven months.”