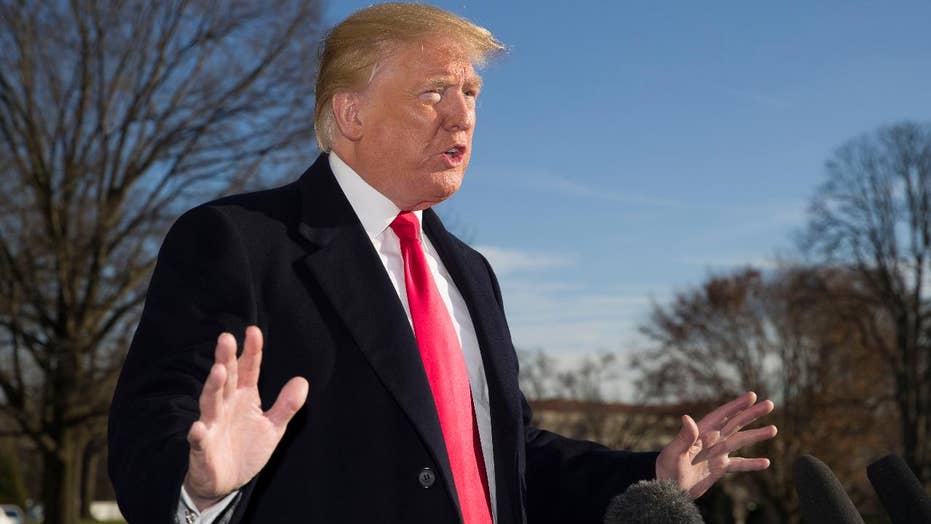 Trump makes remarks after a working visit to Camp David, says the wall will be made out of steel being less obtrusive

President Trump reaffirmed Sunday that he would consider declaring a national emergency because of the “crisis” at the border — though such a move would seem certain to draw legal challenges.

He said Sunday afternoon that a strong border outweighs other challenges of the partial government shutdown regarding border-wall funding, now dragging into a third week.

“Government workers want our borders taken care of,” he said to reporters at the Rose Garden outside The White House.

He called federal workers “patriots” who want a strong border, and he noted the need for a more impenetrable border — a steel barrier “that will give great strength” — because of the strength of the American economy. 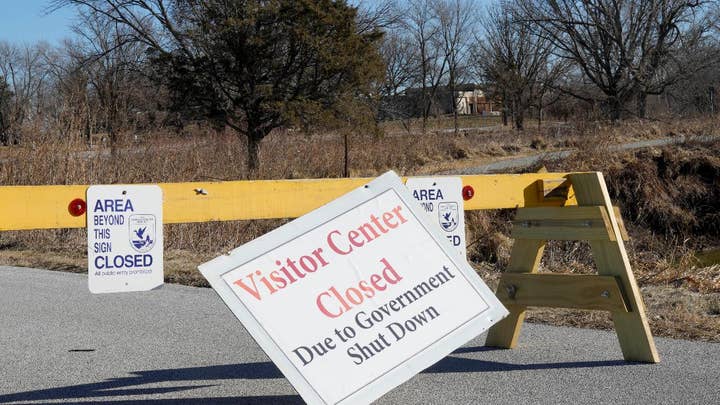 Trump has asserted that he could relate to the plight of the hundreds of thousands of federal workers going without paychecks for the moment, though he acknowledged they would have to “make adjustments” to deal with the shutdown shortfall. Previously, the president had tweeted he didn’t care that “most of the workers not getting paid are Democrats.”

Trump has showed no signs of budging in his demand for $5.6 billion for the wall, which Democrats have refused to grant. Trump suggested earlier Sunday that he, House Speaker Nancy Pelosi, D-Calif., and Senate Minority Leader Chuck Schumer, D-N.Y., could find compromise “in 20 minutes if they want to. If they don’t want to, it’s going to go on for a long time.”

Trump said he planned to call the heads of American steel companies in hopes of coming up with a new design for the barrier. The president previously had promised a concrete wall, but now has said it could be made of steel slats. His administration already has spent millions constructing wall prototypes near the border in San Diego.

Fox News’ Kellianne Jones and The Associated Press contributed to this report.