Trump adds that he would 'absolutely' do it if necessary and would send a 'hell of a lot more troops than that'; reaction and analysis from Fox News contributor Dan Hoffman, former chief of the CIA's Middle East Department.

Former CIA station chief Daniel Hoffman reacted to a New York Times report that President Trump reviewed a military plan that would send as many as 120,000 troops to the Middle East in the case an attack by Iran on American forces.

Speaking later to reporters, Trump reacted to the report by calling it "fake news."

"Would I do that? Absolutely. But, we have not planned for that," Trump added.

But Hoffman, also a Fox News contributor, said on "Outnumbered Overtime" that it is "absolutely necessary" to talk about such a situation.

"The one thing can I tell with you about my work with the Department of Defense is that they plan for all sorts of scenarios. When things go sideways they need to be able to take that plan off the shelf and present it to policymakers for executive action," Hoffman said. 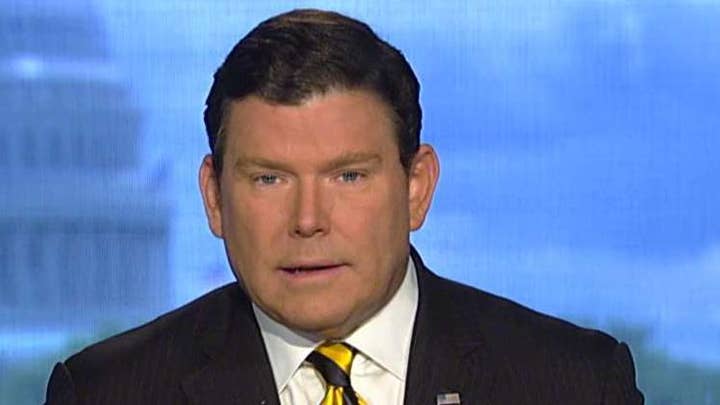 Hoffman said that Iran has "stepped up their threats to us - kinetic threats in the region and other threats as well."

He said it is important to "deter" the Iranian regime from taking threatening actions: "It's a clear message to the Iranians."

Hoffman continued to claim that there is "discontent" among the Iranian people over their "free-falling economy" and that the country's leadership wants to make the United States the "scapegoat" for that situation.

He also credited Trump's "clear measure of deterrence" toward Iran when the administration ordered the U.S.S. Abraham Lincoln Carrier Strike Group to the Middle East last week "to send a clear and unmistakable message to the Iranian regime," - in the words of National Security Adviser John Bolton.