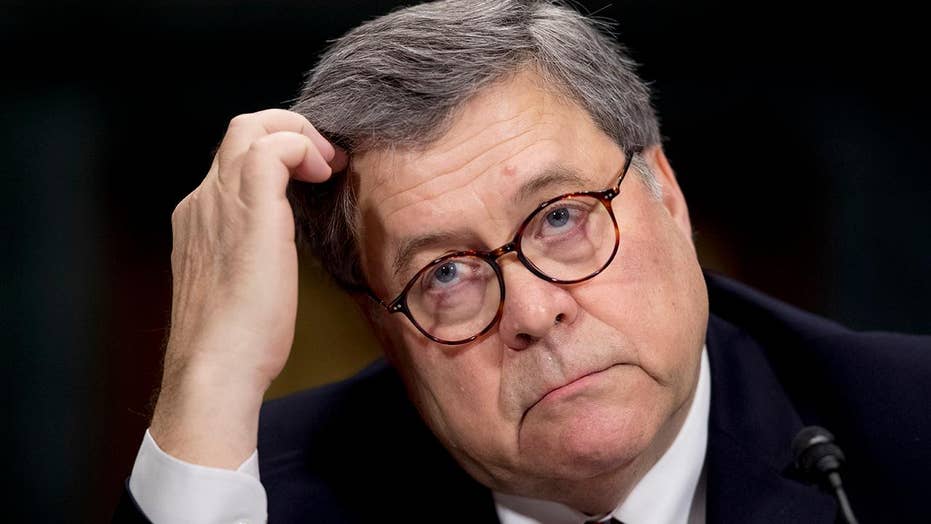 New revelations from Attorney General William Barr about the investigation into how the Russia probe started; reaction and analysis on 'The Five.'

Are Obama-era intelligence officials worried about what Attorney General William Barr's investigation Ito the origins of the Russia probe will find?

Fox Business' Dagen McDowell believes they are, and said that is why some Democrats are questioning Barr's motives.

"They are trying to discredit him because they are worried, people who worked in the Obama administration, in the FBI and in the CIA and the intelligence community, they are worried. Whether it's Brennan or Comey or even subordinates of both of them. They are worried about what Bill Barr and John Durham and the Inspector General Michael Horowitz are going to find," McDowell said while co-hosting "The Five."

On Monday, multiple outlets reported that Barr had appointed U.S. Attorney John Durham to examine the origins of the Russia investigation

A person familiar with the process told Fox News Tuesday that Durham has been working on his review “for weeks,” to probe "all intelligence collection activities" related to the Trump campaign during the 2016 presidential election.

The Russia investigation and Special Counsel Robert Mueller's report continue to be debated by Republicans and Democrats since its release last month.

In an interview that aired on Fox News Thursday, Barr explained that he is trying to get to the bottom of whether or not “government officials abused their power and put their thumb on the scale” during the early stages of the Russia probe.

"[According to a Fox News poll released Thursday] a majority, 58 percent think it's at least somewhat likely the FBI broke the law when it started investigating the Trump campaign," McDowell said.

"They deserve answers. There is nothing wrong with a thorough look at it."