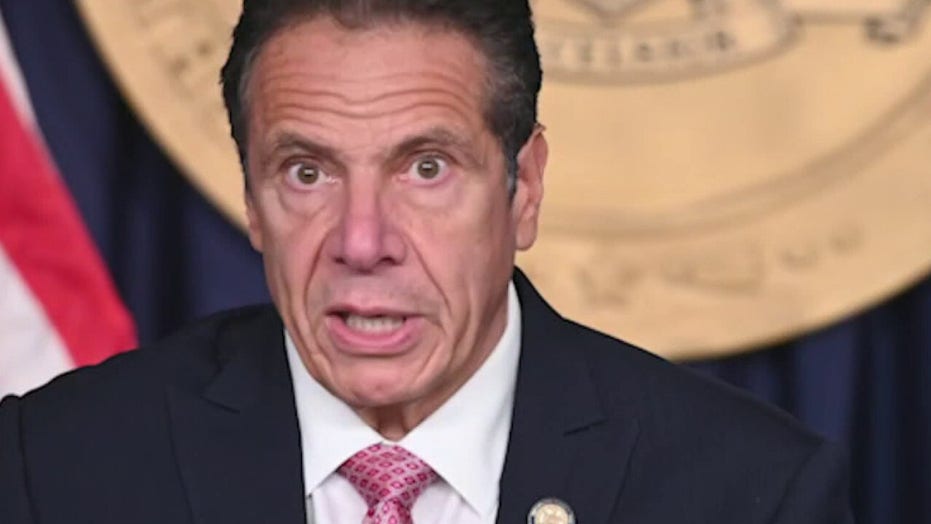 Sliwa’s announcement came Tuesday, after New York state Attorney General Letitia James issued a 165-page report in which she concluded that Cuomo had sexually harassed multiple women and retaliated against a former employee who complained about him.

JANICE DEAN CALLS FOR CUOMO TO BE HELD ACCOUNTABLE: I WILL ‘RAISE MY VOICE UNTIL I DON’T HAVE ONE ANYMORE'

"If this isn't a statement of why Cuomo must go, I don't know what is," Sliwa said in a video that he posted on Twitter.

Sliwa noted that Cuomo "was so quick to be judgmental" when other politicians were accused of sexual harassment.

Cuomo has denied the allegations, but a long list of fellow Democrats – including President Biden – have called on Cuomo to resign from office in response to James’ report.

Sliwa, who won the city’s Republican mayoral primary in early July, will stage the protest at 633 Third Avenue on the East Side of Manhattan, according to a release from the Republican’s campaign.

In a Twitter post Tuesday, Adams also called upon Cuomo to resign – or face impeachment from the New York state Assembly if he fails to do so.

But Sliwa noted that Adams had recently made a public appearance with Cuomo,

Current city Mayor Bill de Blasio, who has also called upon Cuomo to resign, will be leaving office at the end of his term because of the city’s term-limit laws.