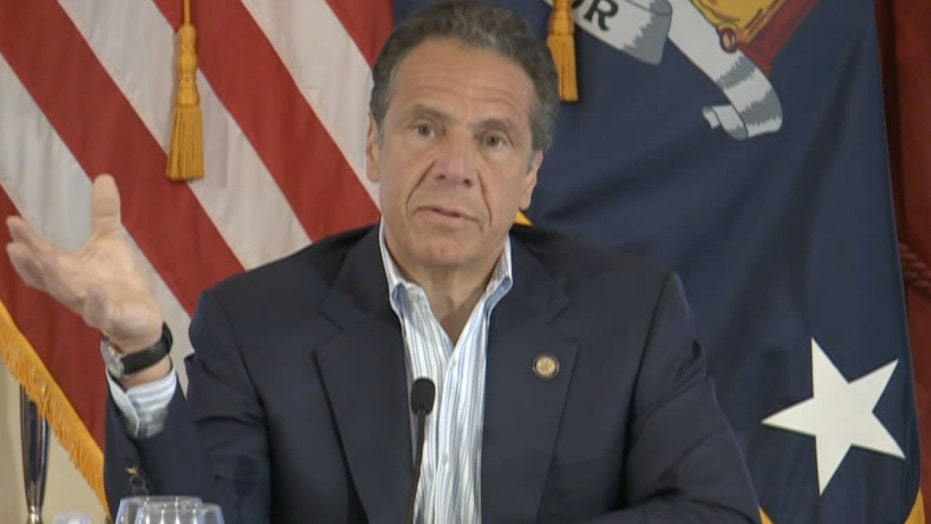 NY Gov. Cuomo directs the blame of the nursing home policy on Trump.

New York Gov. Andrew Cuomo said some regions of the state are expected to enter “Phase 3” of its reopening this week as localities work to bounce back after the coronavirus lockdowns.

Phase 3 allows restaurants and bars to begin serving food and beverages indoors but requires them to limit capacity to half of the maximum occupancy and sit tables at least six feet apart. Phase 3 also allows the reopening of personal care services, including spas, nail salons, tattoo and piercing facilities.

Western New York is expected to enter Phase 3 on June 16, and the Capital Region is expected to follow on June 17, after a review of regional data by public health experts, Cuomo said.

“We’re going to go to Phase 3… so we’re excited about that,” Cuomo said Tuesday during his daily press briefing.

Cuomo touted the state’s phased reopening plans, noting that the state’s “path forward is dictated by the facts.”

He added: “I am so proud of what the people in this state have done at this point with the phased reopening.”

Cuomo did say, however, that regions, like New York City and Long Island, are seeing a slight increase in cases.

“You’re going to see those little ups and downs. That’s basically true across the board. You see little fluctuations, but nothing concerning,” Cuomo said, noting that “these are numbers that local communities should pay heed to.”

“In New York City, it’s not good to see the number going up, but it's manageable,” he continued. “Long Island, we have to watch Mohawk Valley.”

Cuomo also said that this week, group homes in the state could begin allowing visitors.

“It is up to the discretion of the group home. They have to tell the state if they’re allowing visitors,” he said. “And again, they have to follow state guidelines, masks, et cetera.”

Meanwhile, Cuomo said that the state is still planning to host the U.S. Open in Queens from Aug. 30 through Sept. 13.

“It will be held without fans, but we can watch it on TV,” he said. “And I’ll take that. The Tennis Authority is going to be taking extraordinary precautions, but that's going to occur in Queens. Again, it will be televised, but no fans there.”