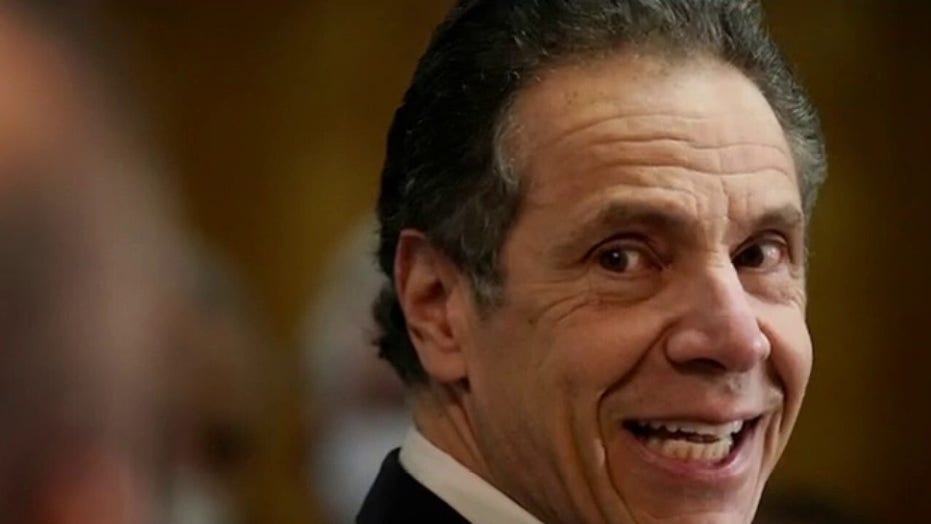 At least 86 Assembly members – more than half the total of 150 – have either publicly said or told The Associated Press they would be in favor of taking that step to remove Cuomo in the wake of the latest bombshell against him.

As recently as last year, Cuomo was a prominent voice in the Democratic Party and lauded for his handling of the coronavirus pandemic, but the tidal wave of allegations and accusations he downplayed the number of coronavirus nursing home deaths has left him with few supporters.

State Assemblyman Ron Kim, a Democrat, called on the assembly to return to session "immediately" to begin impeachment proceedings.

"There is no measure left to hide the truth. The governor broke the law so we must hold him accountable," Kim said in a statement.

"There is no measure left to hide the truth. The governor broke the law so we must hold him accountable."

"When institutions fail to believe victims, allow predators to act with impunity, or fail to put policies of protection in place, it sends a strong signal that condones this type of unacceptable behavior. We cannot afford to ignore his transgressions any longer: doing so will erode the integrity of our legislative body and demonstrate complicity in sheltering a sexual predator."

State Senate Majority Leader Andrea Stewart-Cousins, a Democrat, said in a statement: "As I said, when these disturbing allegations first came to light, the governor must resign for the good of the state. Now that the investigation is complete and the allegations have been substantiated, it should be clear to everyone that he can no longer serve as governor."

"It should be clear to everyone that he can no longer serve as governor."

Prominent Democrats at the national and state level, including President Biden, House Speaker Nancy Pelosi and both of New York’s U.S. senators, have called for Cuomo to resign. The report found Cuomo engaged in "unwanted groping, kissing, and hugging," made inappropriate remarks toward staffers and oversaw a workplace culture "rife with fear and intimidation."

One of the governor's closest allies, New York Democratic Party chairperson Jay Jacobs, declared that Cuomo "has lost his ability to govern, both practically and morally." Jacobs told Spectrum News he had tried privately to persuade Cuomo to resign but "wasn’t making headway."

Cuomo, in his third term, denied many of the allegations written in the report on Tuesday and claimed others were mischaracterized or misconstrued. He said "politics and bias" were interwoven throughout the report.

Assembly Democrats, who lead the chamber, debated virtually for hours Tuesday about whether to impeach the governor now, wait to see whether he resigns, or give the Judiciary Committee time to wrap up its wide-ranging investigation into topics from sexual misconduct to the Cuomo administration’s months-long obfuscation of the total number of nursing home residents who died from COVID-19.

At least 40 Democrats back starting impeachment proceedings if Cuomo doesn't leave on his own. The assembly includes 106 Democrats, 43 Republicans and one Independent.

It takes a simple majority to authorize an impeachment trial.

Deputy Majority Leader Mike Gianaris told The Associated Press the Assembly has been preparing for an impeachment trial for months that could start in the next few weeks.

"We’ll be ready to go if and when the impeachment articles are sent over," he said. "It could happen very quickly."