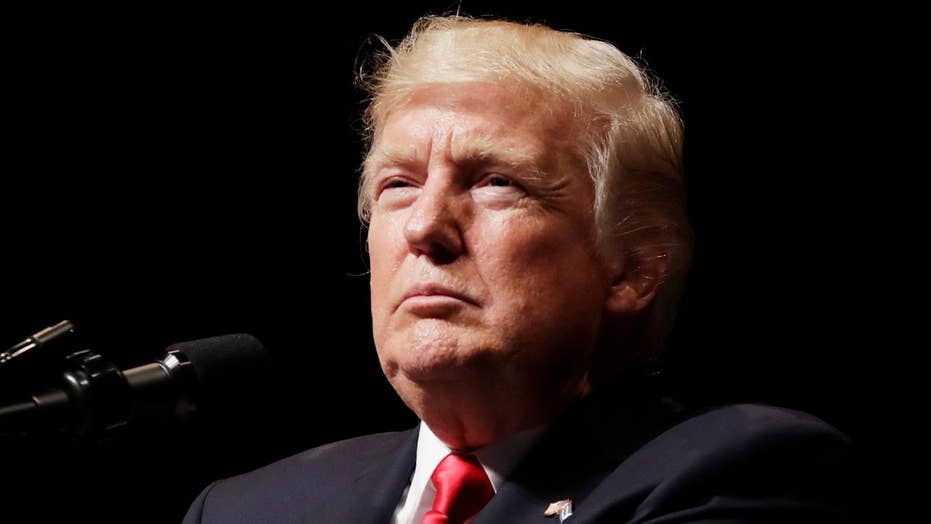 President Trump, speaking at a Miami theater associated with Cuban exiles, announced Friday he is nixing his predecessor’s “one-sided deal” with the Communist nation – moving to restrict individual travel to the island, crack down on the flow of U.S. cash to the Cuban military and demand key reforms in Havana.

While stopping short of a full reversal, Trump said he would challenge Cuba to come back to the table with a new agreement.

Trump cast his announcement Friday as the fulfillment of a campaign pledge to turn back former President Barack Obama’s diplomatic outreach to the country.

“I keep my promises,” Trump said. “And now that I am your president, America will expose the crimes of the Castro regime.”

A cornerstone of the new policy is to ensure Americans traveling to Cuba only support private businesses and services, banning financial transactions with the dozens of enterprises run by the military-linked corporation GAESA.

The Trump administration also says it will strictly enforce the 12 authorized categories allowing American citizens to travel to Cuba – banning one particular type of travel, known as individual “people-to-people” trips, seen as ripe for abuse by would-be tourists.

Most U.S. travelers to Cuba will again be required to visit the island as part of organized tour groups run by American companies. Obama eliminated the tour requirement, allowing tens of thousands of Americans to book solo trips and spend their money with individual bed-and-breakfast owners, restaurants and taxi drivers. The rules also require a daylong schedule of activities designed to expose the travelers to ordinary Cubans.

Trump focused his speech Friday on the crimes and misdeeds of the Castro government, saying his administration would not “hide from it.” He accused the regime of harboring “cop killers, hijackers and terrorists” while casting the policy changes as meant to encourage a free Cuba.

“With God’s help, a free Cuba is what we will soon achieve,” Trump said.

Critics of the United States’ decades-long freeze – and embargo – with Cuba say it failed to spur such changes, and had welcomed Obama’s outreach as a fresh approach. But many Cuban-American lawmakers recoiled.

Sen. Marco Rubio, R-Fla., a Cuban-American lawmaker who helped craft the new policy, spoke before the president in Miami on Friday and took a shot at Trump’s predecessor for his visit to Cuba last March.

U.S. airlines and cruise ships will still be allowed to continue service to the island.

The U.S. Embassy in Havana, which reopened in August 2015, will remain as a full-fledged diplomatic outpost. Trump also isn't overturning Obama's decision to end the "wet foot, dry foot" policy that allowed most Cuban migrants who made it onto U.S. soil to stay and eventually become legal permanent residents.

Trump affirmed in his speech that the U.S. embassy would remain open, in hopes the two countries can forge a “better path.” But he said his administration would enforce the ban on tourism and the embargo, and would not lift sanctions until the regime releases all political prisoners and schedules free and internationally supervised elections.

Trump also demanded the return of Joanne Chesimard, a New York City native wanted in the 1973 killing of a New Jersey state trooper.

The U.S. severed diplomatic relations with Cuba in 1961 after Fidel Castro's revolution. It spent subsequent decades trying to either overthrow the Cuban government or isolate the island, including toughening an economic embargo first imposed by President Dwight D. Eisenhower. The embargo remains in place and unchanged by Trump's policy. Only the U.S. Congress can lift the embargo, and lawmakers, especially those of Cuban heritage like Rubio, have shown no interest in doing so.

Former Obama adviser Ben Rhodes tweeted that Cubans “will be hurt by a mean spirited policy” meant to keep a “political promise to a few people at their expense.”

Sen. Ron Wyden, D-Ore., top Democrat on the Senate Finance Committee, said the actions “threaten to slam that door shut and revert to a failed policy of isolation that has done nothing to improve the lives of the Cuban people and has harmed the American economy.”