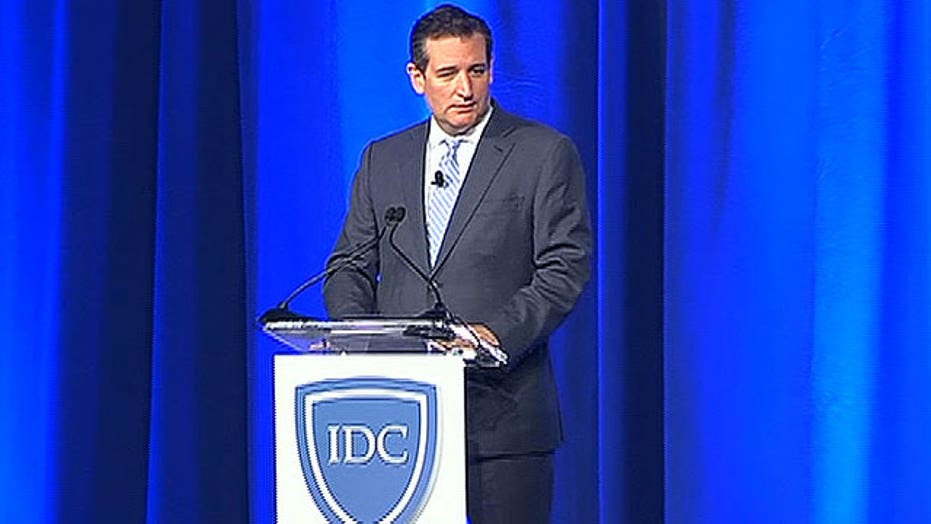 Texas senator heckled during speech to group called In Defense of Christians in Washington, D.C.

Republican Sen. Ted Cruz was booed off-stage at a conference in Washington on Wednesday after criticizing those who “hate” Israel and saying Christians have “no greater ally” than the Jewish state.

The Texas senator was speaking at the “In Defense of Christians” dinner Wednesday evening, an event focusing on Middle East Christians. Partway through his speech, a group of hecklers began shouting at him.

The jeers started after Cruz said Christians in the region are being “exterminated,” but have no greater ally than Israel.

Cruz initially tried to speak over the hecklers. But as he continued talking, claiming those who “hate” Israel also “hate” America, the hecklers kept interrupting him.

“I will say this -- I am saddened to say that some here … are so consumed with hate,” Cruz said, pausing from his remarks to address the unruly members of the audience. “If you will not stand with Israel and the Jews, then I will not stand with you.”

Cruz then walked off the stage.

Cruz released a statement after the incident saying what should have been a “night of unity” deteriorated “into a shameful display of bigotry and hatred.”

Cruz said a “vocal and angry minority of attendees at the conference tried to shout down my expression of solidarity with Israel” but they “cannot shout down the truth.”