Sen. Ted Cruz, R-Texas, took Twitter CEO Jack Dorsey to task over his company's recent practice of attaching disclaimers about voter fraud to tweets about the subject, claiming that the social media platform takes on the role of a publisher when it does this.

Dorsey admitted that he is not an expert on the subject, and insisted that this was simply “linking to a broader conversation” so that users could access more information. Cruz swiftly rejected that explanation.

“No, no you’re not. You put up a page that says, quote, ‘voter fraud of any kind is exceedingly rare in the United States.’ That’s not linking to a broader conversation, that’s taking a disputed policy position and you’re a publisher when you’re doing that," Cruz said. "You’re entitled to take a policy position, but you don’t get to pretend you’re not a publisher and get a special benefit under Section 230 as a result.”

That disclaimer currently cites The Associated Press and Reuters for support. It shows up when one clicks a disclaimer -- such as those tagged to some tweets by President Trump that says a claim about election fraud is "disputed." 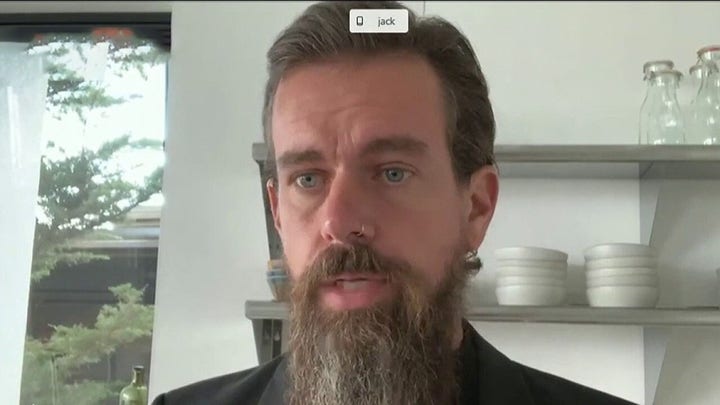 Earlier, Cruz called out Twitter for not being evenhanded when it enforces policies that result in censoring content. The hearing was largely about whether content decisions made by Twitter and Facebook turn them into publishers for the purposes of Section 230 of the Communications Decency Act. That section protects platforms from being held liable for statements posted by users. The tech giants insist that they are correctly not characterized as publishers because they do not create content or make editorial decisions.

LEE RESPONDS TO FEINSTEIN ON ARMED TRUMP SUPPORTERS: 'ONLY VIOLENCE THAT I'M AWARE OF' WAS FROM ANTIFA

Cruz cited the law to show that the issue is not so simple.

"Section 230 defines an information content provider as anything that any person or entity that is responsible in whole or in part for the creation or development of information provided through the internet or any other interactive computer service," Cruz said.

Cruz asked if Twitter acted as a publisher when it censored an article from the New York Post about Hunter Biden. Dorsey claimed the company did not, because it has set policies and terms of service, and users agree to abide by them.

The Republican senator, however, claimed that Twitter does not apply its policies consistently and that they are enforced more strictly against Republican or conservative voices. While Twitter used a policy against spreading hacked material as a reason for not allowing the spread of the Post article -- despite no evidence of hacking -- it had no problem allowing users to share a New York Times article containing information from President Trump's tax returns, which were confidential.

Cruz also asked if Twitter blocked stories about Edward Snowden's leak of sensitive information. Dorsey said he did not have that information.