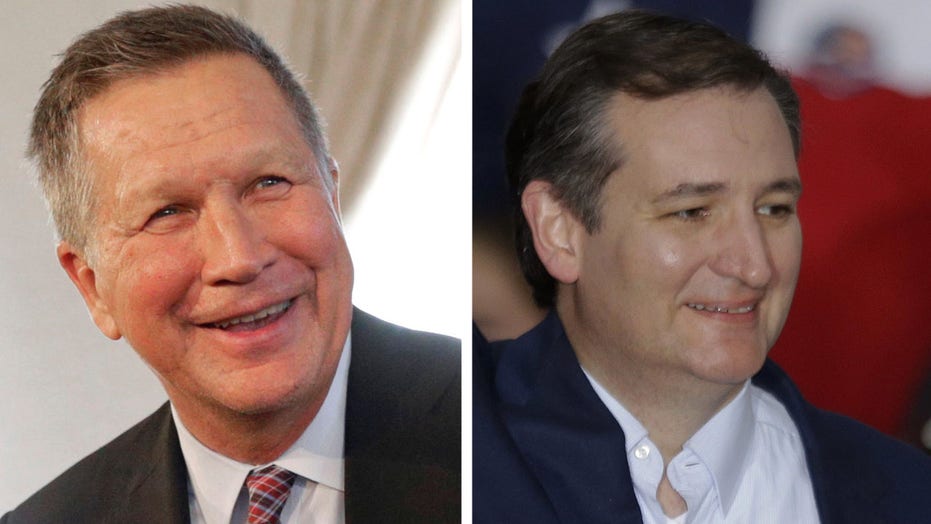 Sen. Ted Cruz and Ohio Gov. John Kasich have quit the GOP presidential primary race but continue to snipe about who’s to blame for letting front-runner Donald Trump crush them Tuesday in the Indiana primary and end both of their campaigns.

The campaigns formed a loose alliance in mid-March as Trump trounced in his home state of New York, then a week later swept in five Northeast primaries.

Cruz, in second place at the time, realized his brand of conservatism wouldn’t play well in that region and entered into a deal that would allow him to compete alone against Trump in Indiana, while allowing Kasich to compete head-to-head with Trump in Oregon and New Mexico.

However, the deal began to fray within hours of its conception, in part because of apparent voter trepidation.

Their deal was purportedly forged because Kasich refused to drop out and allow Cruz to go one-on-one with Trump.

Cruz, a Texas senator, was essentially eliminated from the race before Indiana, trailing Trump in the delegate county by an insurmountable number of them.

And Kasich, who won only his home state, had just 153 delegates in the race to win 1,237 of them to secure the party’s presidential nomination.