"Antisemitism is on the rise around the world and here in America," Cruz said in a statement. "In just the last few weeks, we have seen it manifested as hateful cartoons in major news publications, antisemitic smears in the halls of Congress, and murders at houses of worship. I urge my Senate colleagues to put aside partisan politics so we can come together as an institution and unequivocally condemn antisemitism."

The resolution was announced five days after a gunman burst into a synagogue in Poway, Calif., during services marking the end of Passover, killing a 60-year-old woman and injuring the rabbi and two other congregants, including an 8-year-old girl. 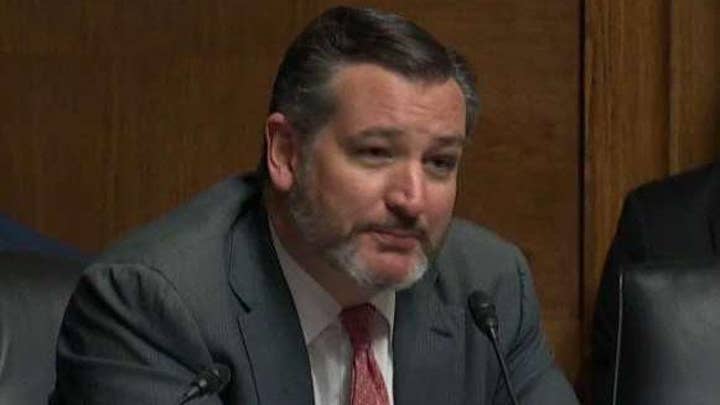 "This bipartisan effort is about making clear that we will do everything in our power to combat the rise in antisemitism," Kaine said. "In my home state, we saw white supremacists terrorizing-and even murdering people in Charlottesville while chanting antisemitic slogans lifted from Nazi rallies and a President unwilling to forcefully condemn such an atrocity. The shooting last weekend at Chabad of Poway was another tragic reminder of this deep-rooted prejudice. We must stand together against hate in all its forms."

The resolution is co-sponsored by 42 senators, all but four of whom are Republicans. The Democrats who have co-sponsored the resolution are Jacky Rosen and Catherine Cortez-Masto of Nevada, Chris Coons of Delaware and Jeanne Shaheen of New Hampshire. None of the seven senators seeking the Democratic nomination for president appear on the list of co-sponsors, nor does Senate Minority Leader Chuck Schumer, D-N.Y.

The House passed a broad resolution in March condemning all forms of hatred after rank-and-file Democrats objected to a draft resolution specifically condemning anti-Semitism. That resolution emerged in the wake of several remarks by Rep. Ilhan Omar, D-Minn., that were deemed anti-Semitic. In February, Omar implied that congressional supporters of Israel were in the pay of the American Israel Public Affairs Committee (AIPAC), a pro-Israel lobbying group.

Omar has also accused American supporters of Israel of pushing people to have “allegiance to a foreign country" and tweeted in 2012 that Israel "has hypnotized the world, may Allah awaken the people and help them see the evil doings of Israel." 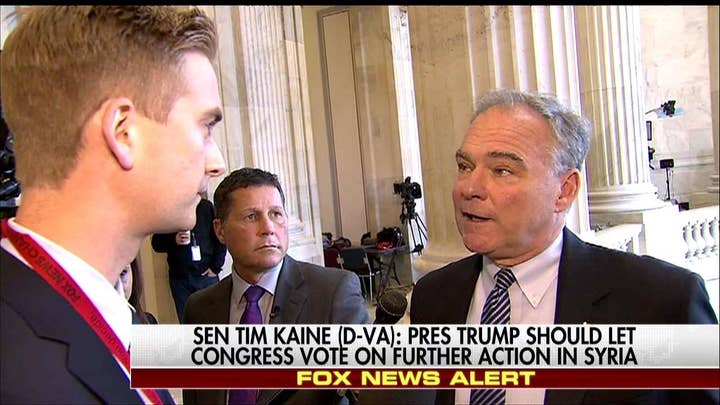 The "hateful cartoons" mentioned by Cruz referred to a pair of caricatures that appeared in the international edition of The New York Times last week. One depicted Israeli Prime Minister Benjamin Netanyahu has as a guide dog in a Star of David collar leading a blind President Trump, who was wearing a yarmulke.

The second cartoon, published over the weekend, depicted Netanyahu as a Moses-like figure descending a mountain and holding a tablet with the Israeli flag on it instead of the Ten Commandments.

Earlier Thursday, Times publisher A.G. Sulzberger said the paper would take "disciplinary steps" against the editor who selected the cartoon of Netanyahu and Trump for publication.

Sulzberger added that the paper would update its "unconscious bias training to ensure it includes a direct focus on anti-Semitism" and admitted that "we fell far short of our standards and values in this case."

Fox News' Ben Evansky, Gregg Re and Sasha Savitsky contributed to this report.