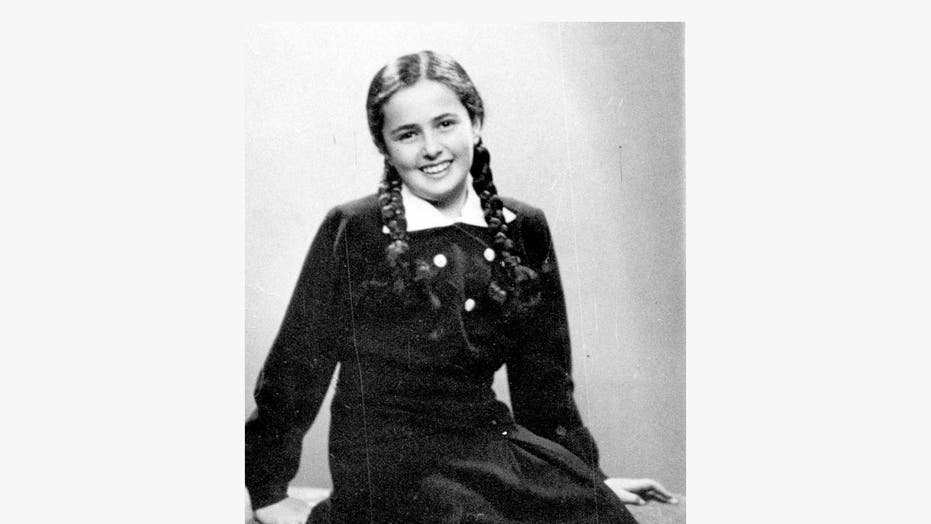 Raw video: Diary of a 13-year-old Jewish Hungarian, who reportedly died at Auschwitz in October 1944, adapted into a controversial social media campaign which asks the question 'What if a Girl in the Holocaust Had Instagram?'

An ambitious but controversial social media project has used Instagram to tell the heartbreaking story of a 13-year-old victim of the Holocaust.

Based on the real-life journal of Eva Heyman, a 13-year-old Jewish girl living in Nazi-occupied Hungary, Eva.stories uses social media to provide a fictionalized retelling of Eva’s final months. From the fun filters and hashtags of the relatively carefree early stories, the Eva character and her family are quickly engulfed in the horrors of the Holocaust.

Deftly combining social media and expert storytelling, the series of 70 Instagram stories chronicles Heyman’s life from February 1944 and the Nazi occupation of Hungary in spring of that year. The series ends with the Eva character being transported to Auschwitz on a cattle truck in June 1944. The real Eva Heyman was killed in a gas chamber at the infamous concentration camp in October 1944.

The juxtaposition of modern social media and the horrific events of the Holocaust is highly effective, documenting Eva’s tragic journey from playful childhood innocence to abject terror and despair. By employing Instagram, the events of 1944 are given a chilling intimacy and gut-wrenching immediacy.

Launched to coincide with Holocaust Remembrance Day, Eva.stories was written and directed by Mati Kochavi and his daughter, Maya. The account has already racked up 1 million followers.

The account, though, has sparked some controversy. The New York Times reports that critics have accused the project of trivializing the Holocaust.

It has also won plenty of praise. “Eva’s Stories on @instagram is an outstanding production that brings the Holocaust to life through the eyes of a young girl. For anybody that’s on the #SocialMedia platform it will seem so real that you can not not feel for Eva. #YomHaShoah,” tweeted Peter Lerner, a former spokesman for Israel’s Defense Forces and current now director general of international relations at Histadrut, Israel’s General Federation of Labor.

The account has shone a spotlight on the power of social media to illuminate history.

Eva.stories is based on the real-life journal of Eva Heyman, a 13-year-old Jewish girl living in Nazi-occupied Hungary. (K's Galleries via Storyful)

In a statement, Yad Vashem, the World Holocaust Remembrance Center in Jerusalem, said that social media can be an effective tool to commemorate the Holocaust.

This photo shows a 13-year-old Eva Heyman photographed in Hungary months before she was murdered in a Nazi concentration camp in 1944. (Yad Vashem via AP)

"The only information we know about the project Eva's Stories, is from information we've seen published by the campaign,” it explained. “Yad Vashem believes that the use of social media platforms in order to commemorate the Holocaust is both legitimate and effective. Yad Vashem is active and engages the public in a myriad of social media channels including Instagram albeit in a different style and manner. Not only do Yad Vashem's posts contain authentic material and historically based facts, we ensure that its content is both relevant to the public while being respectful to the topic."