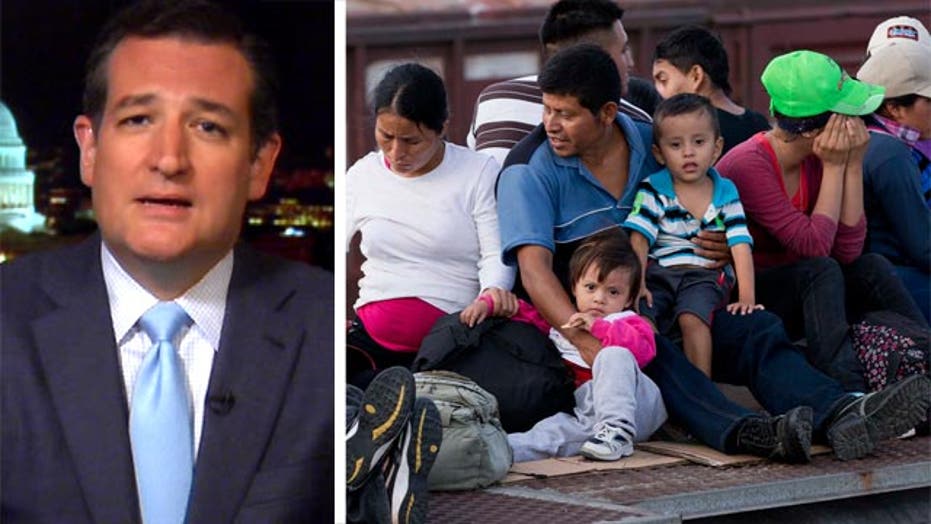 What should we do about crisis on our border?

Cruz’s remarks, in a statement from his office, drew a sharp response from the State Department.

“I think Sen. Cruz is completely wrong on this,” said spokeswoman Marie Harf. “We make decisions about security based solely on what is in the best interest of American citizens.”

Harf also said a main reason Secretary of State John Kerry was working hard to broker a cease fire between Israel and Hamas was so flights into Israel could resume.

“So we can move past the travel warnings, so Israelis and visitors and anyone (else) doesn’t have to run to bomb shelters because Hamas is firing rockets at them,” she said.

Tuesday night, Cruz announced he would hold all State Department nominees until the administration answered a series of specific questions about its decision to cancel the flights to Israel.

Among others opposed to the ban was former New York City Mayor Michael Bloomberg, who flew to Israel to show his support.

“Ben Gurion airport is the best protected airport in the world. It was an overreaction to halt U.S. flights here,” tweeted Bloomberg, who flew in on El Al airlines, which is not following the administration’s directive.

Cruz suggested that Obama used the Federal Aviation Administration's flight restriction to try to force Israel to “comply with his foreign policy demands.”

He argued that Israel’s $11 billion tourism industry -- now in peak summer season -- is already suffering as a result of the Hamas conflict.

Republican lawmakers recently also have raised concerns that U.S. aid to the Palestinian government could soon effectively be funding Hamas as well.

“Aiding Hamas while simultaneously isolating Israel does two things, Cruz charged. "One, it helps our enemy. Two, it hurts our ally.”

He also took issue with the administration’s argument that Ben Gurion was now off limits because a Hamas-launched rocket landed about a mile away.

He said the downing Thursday of Malaysian Airways flight 17 by pro-Russian militants in Ukraine was a “stark reminder” of the dangers posed by regional unrest and nobody wants to place civilian travelers in harm’s way.

“But security concerns in Israel are hardly breaking news," he said, adding Ben Gurion has the reputation as “one of the safest airports in the world.”

The administration decision Tuesday has resulted in the cancellation of an estimated 160 flights, leaving thousands of travelers stranded.

“Given that some 2,000 rockets have been fired into Israel over the last six weeks, many of them at Tel Aviv, it seems curious to choose yesterday at noon to announce a flight ban,” Cruz said.