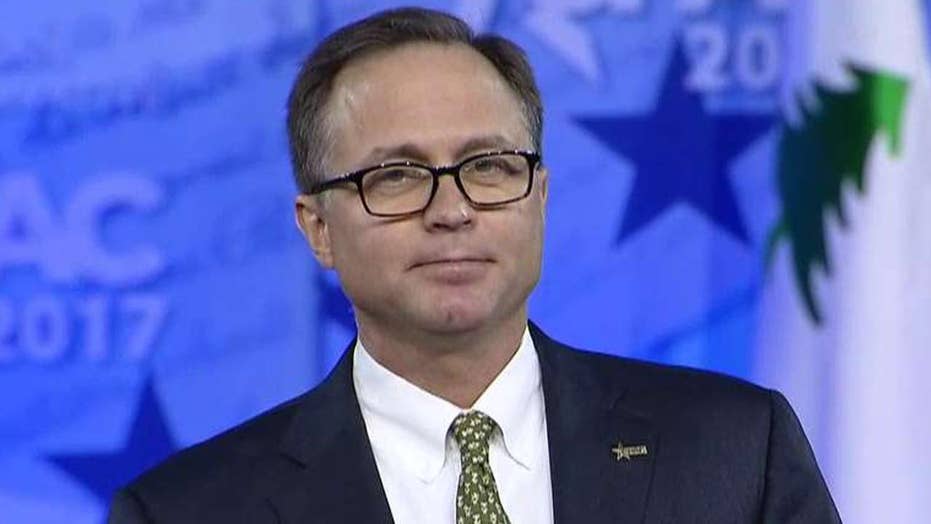 OXON HILL, Md. – Organizers kicked off conservatives’ annual Washington summit Thursday with a clear message to the so-called “alt-right”: you’re not with us.

In an unmistakable bid to split from the movement that has been accused of espousing bigotry, American Conservative Union executive director Dan Schneider ridiculed its “anti-Semitic” and “racist” ideology.

“We have been slapped in the face,” said Schneider, whose group sponsors the annual Conservative Political Action Conference now underway just outside Washington. “There is a system out there that’s trying to worm its way in. … They are anti-Semitic. They are racist. They are sexist. They are not an extension of the conservative movement. They are nothing but garden variety, left-wing fascists.”

The alt-right was seen as playing some role in boosting President Trump’s 2016 bid, even as he won over millions of mainstream Republicans, independents and even Democrats. Toward the end of the campaign, Democrats including presidential nominee Hillary Clinton sought to portray the alt-right as having an outsized influence on the direction of the Republican Party itself.

But Schneider used the CPAC forum, held at Maryland’s National Harbor just outside Washington, to make clear that from their perspective the alt-right has no place in conservativism.

Delivering that message amounted to just one part of the conference agenda – the bigger task for conservatives is to plot out their policy action gameplan now that Republicans have control of the White House and Congress for the first time in a decade. The conference, which technically started Wednesday, lasts through Saturday.

Still, as Schneider spoke in the convention’s main room, white nationalist leader Richard Spencer was drawing a crowd in a nearby hallway, telling reporters and some angry attendees that he coined the term “alt-right” and that Trump is a nationalist, though only loosely connected to his movement.

Spencer said he paid his own admission and was later thrown out. 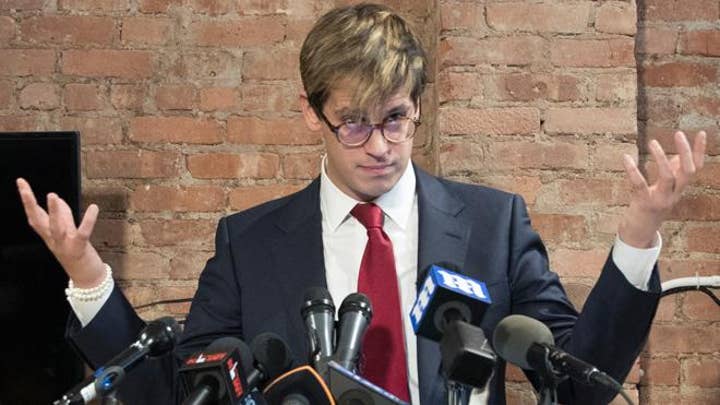 The effort by conservatives to reassert their identity came after CPAC leaders canceled a speaking spot for alt-right provocateur Milo Yiannopoulos, following the release of an audiotape that suggested he condones pedophilia. Yiannopoulos has since apologized.

With conference leaders moving swiftly to distance themselves from alt-right figures, the sideshows appeared only a mild distraction to GOP lawmakers and activists trying to hash out a plan for legislation now that Trump is in the White House.

“Conservatives won a great victory,” said Jim DeMint, leader of the Heritage Foundation think tank and a former GOP South Carolina senator, reflecting on Trump’s victory. “But all that did was to get us out of the stands and on the field. Now the real fight begins.”

DeMint, whose group has pressed for years to repeal ObamaCare, called on the GOP-led Congress to immediately dismantle the 2010 health care law, saying the argument that a replacement plan must also be in place is “ludicrous.”

He also called upon fiscal conservatives on Capitol Hill to immediately cut taxes and simplify the tax code “because Congress won’t touch taxes next year, in an election cycle.”

“I wanted to come here to thank you for everything you did -- whether you stood in line, came to rallies, drove seniors to polls,” she told a crowd of several hundred. “We owe it to you. Those margins of victory were slim.”

Trump is scheduled to speak Friday. Vice President Pence, a respected conservative, spoke Thursday night. The event concludes Saturday with the annual CPAC straw poll, an early indicator of which potential presidential prospects are among the most popular with conservatives.

Cruz also argued that liberals and Democrats are the ones who have lost their message, saying they have been on “full meltdown” since they failed to connect last fall with voters and that Trump’s pick for the Supreme Court, Judge Neil Gorsuch, “will be confirmed.”

The event traditionally draws a lot of young, aspiring conservatives, eager to hear from the movement’s icons and express their own views.

“You cannot put conservatism in a single box, but we believe in the core principles,” said Jennifer Duplessie, with Future Female Leaders, whose members wore red skirts with a white elephants pattern. “We want to give women the tools you need to succeed in life. This is about conservatives -- or liberals or anybody -- having a voice in society and not being suppressed.”