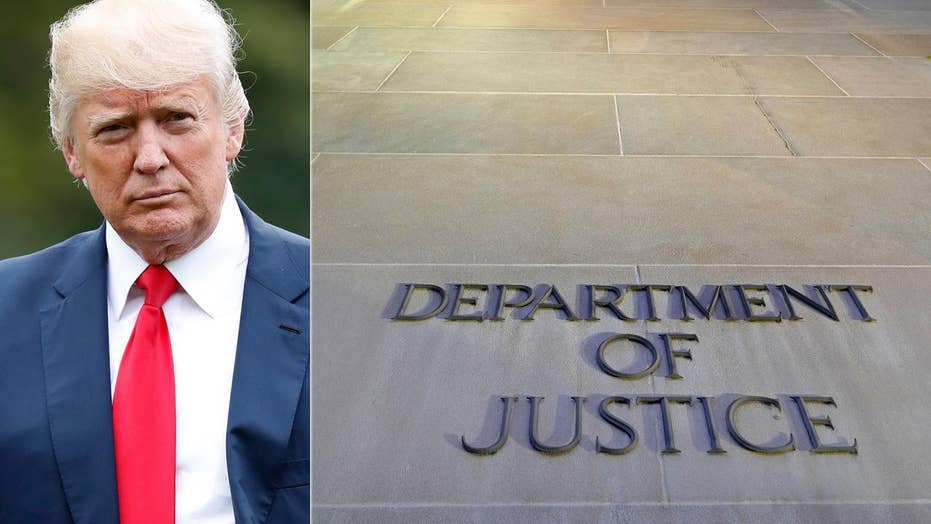 A District of Columbia judge sided Thursday with the Justice Department in ordering web-hosting service DreamHost to turn over certain metadata from an anti-Trump website.

The site, disruptj20.org, helped organize political protests against the Trump administration including one on Inauguration Day which resulted in property damage and scores of arrests. The government’s subsequent push for information from the hosting service has touched off a constitutional battle between the federal government and the company.

Chief Judge Robert Morin, of the Superior Court of the District of Columbia, acknowledged Thursday in court that he was struggling to balance First Amendment rights with the valid concerns of law enforcement enforcing a search warrant based on probable cause. While the DOJ has backed off its initial, controversial request for IP addresses, the government still wants other personal information included in the metadata from DreamHost – a request Morin granted.

But the challenge is to focus on pertinent emails from people organizing violent protests without violating the privacy of ordinary website visitors. Morin tried to include safeguards to protect First Amendment rights, by forcing the government to separate records of innocent users from those that fall within the guidelines of the search warrant and to seal all those records.

Defense attorneys, though, warned of the “chilling effect” of even turning over the records, much less letting government investigators “rummage” through the emails.

“The individuals who are visiting, and becoming members of an advocacy group will still know that at some point, someday, there is going to be an FBI agent sitting there and looking at this information,” DreamHost defense attorney Raymond Aghaian said. “At the time this information is in the government’s possession and at the time that the FBI agent is reviewing that email ... that, in DreamHost’s view, has itself a chilling effect on the exercise of political expression and the right to association under the First Amendment.”

Defense attorneys added that, in their view, this case isn’t about protecting this personal information once it has been turned over, but rather preventing the information from being turned over at all.

DreamHost attorneys asked Morin, who was appointed by former President Bill Clinton, for a stay while they determine whether they want to appeal his ruling.

Morin told them to turn over all the metadata relevant to the search warrant for now, but ordered the government not to review the information until defense attorneys decide whether to appeal.