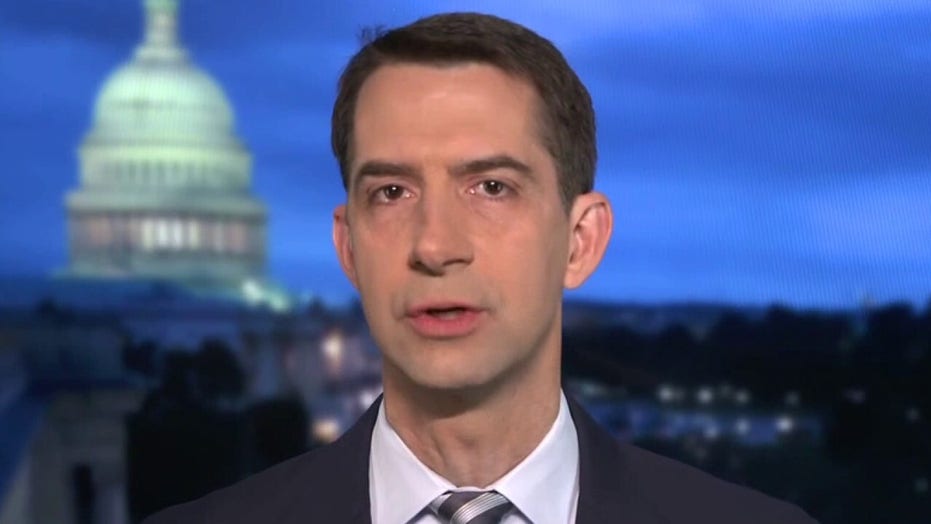 Sen. Tom Cotton: Stimulus bill breakdown shows ‘the swamp’ is looking after itself

Sen. Tom Cotton R-Ark., dissects the coronavirus stimulus bill and how it is hurting American families while helping the Washington elite.

Sen. Tom Cotton, R-Ark., slammed the $1.9 trillion coronavirus relief bill passed by Senate Democrats Saturday, listing off a number of convicted murderers who would receive stimulus checks under the bill.

House Democrats plan to offer their final approval of the bill Tuesday before sending it to President Biden’s desk. The bill includes $1400 stimulus checks for individuals who make less than $75,000.

Inmates are included among those who receive stimulus checks, just as they were in both of the previous Covid relief bills that offered $1,200 and $600 checks. Cotton voted for both of those bills.

Sens. Bill Cassidy, R-La., Cotton and Ted Cruz, R-Texas, offered an amendment on the floor Saturday to block checks from prisoners. It failed on a party-line vote, 49-50. Sen. Dick Durbin, D-Ill., argued that prisoners' children could be affected by withholding the money from them.

"Prisoners have all their living and medical expenses paid for by the taxpayer, they don’t pay taxes, they don't contribute to the tax base, they can't be unemployed. Inmates are not economically impacted by Covid," Cassidy argued.

The IRS had tried to withhold stimulus checks from incarcerated individuals, but a court forced their hand to offer the checks in October. There was nothing written in the previous two relief bills or the one passed Saturday against inmates receiving checks.

There are approximately 1.4 million in prisons across the country.

"Dzhokhar Tsarnaev, the Boston Bomber, murdered three people and terrorized a city," Cotton wrote in a separate tweet. "He'll be getting a $1,400 stimulus check as part of the Democrats' ‘COVID relief’ bill."

"Aaron Shamo was sentenced to life in prison for selling "1 million fentanyl-laced fake oxycodone pills to unsuspecting buyers," Cotton wrote. "He'll be getting a $1,400 stimulus check while in prison from the Democrats' ‘COVID relief’ bill."

Following 27 hours of debate, delays and wrangling, Democrats pushed through the legislation in a party-line vote of 50-49. The legislation now heads back to the House for final approval before hitting Biden’s desk for his signature on what would be his first major legislative victory.

In addition to the stimulus checks, the bill will extend $300-per-week unemployment benefits through September and offer more food, child care and rental assistance to struggling Americans.

The nonpartisan Congressional Budget Office found this week that Biden's coronavirus bill would add $1.862 trillion to the national deficit over 10 years, with the bulk of the new spending -- $1.173 trillion -- occurring in fiscal year 2021.