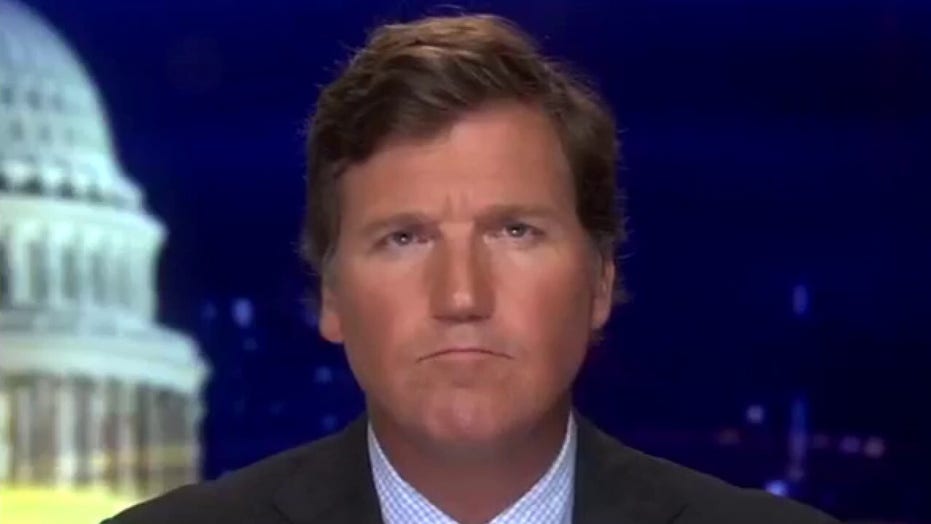 Tucker: Lead vaccine scientist talks of 'genocide' in US

EXCLUSIVE: Dr. Kizzmekia Corbett, who is described by the National Institutes of Health (NIH) as the "lead" member of the U.S. government team racing to find a coronavirus vaccine, has engaged with online theories calling the pandemic a black "genocide" and condemned what she called "systematic oppression" by white people, a review of her social media posts by "Tucker Carlson Tonight" reveals.

Corbett has also reposted and explicitly endorsed a tweet urging Dr. Anthony Fauci, director of the National Institute of Allergy and Infectious Diseases (NIAID), and Dr. Jerome Adams, the surgeon general, to "check" their "privilege."

She further slammed the White House coronavirus task force in February, saying it "is largely people (white men) he appointed to their positions as directors of blah blah institute. They are indebted to serve him NOT the people." That was an apparent reference to President Trump.

On Saturday, Corbett protected her tweets and prevented others from accessing them, but Fox News archived the tweets on Friday.

Corbett, 34, is an immunologist with the Vaccine Research Center, a division of NIAID. In her social media posts, first reported Friday by "Tucker Carlson Tonight," Corbett adopts a strikingly casual and conspiratorial tone. Her Twitter biography reads: "Virology. Vaccinology. Vagina-ology. Vino-ology. My tweets are my own. My science is the world’s."

On March 29, Corbett tweeted out a Bloomberg article about how the poor are dying at higher rates from coronavirus. In her tweet, she said that doctors would deliberately choose to deny ventilators to black Americans, leaving them to die instead.

"I tweet for the people who will die when doctors has [sic] to choose who gets the last ventilator and ultimately... who lives," Corbett wrote. "The poor. And, while the article doesn’t explicitly say it... the black."

Someone replied to Corbett on April 9: “It’s so scary to think about. I know when it comes down to it people will be turned away or left to die because they are black.” Corbett replied that same day: “Yep. Both.”

Another user declared, “They hate us. This virus is a sure fire way to get rid of us without having to lift a finger.” Corbett replied: “Some have gone as far to call it genocide. I plead the fifth.”

"I am praying that policies reflect this is [sic] multiple ways," she wrote, referring to addressing systemic racism. "They must or we will be doomed in the next pandemic(s) too."

Adams, the surgeon general, told a press conference last week that black Americans suffer more from obesity, diabetes, and other ailments that increase the risk of death from coronavirus.

After Adams recommended that black Americans avoid cigarettes and alcohol to project their health during the epidemic, Corbett retweeted another user’s thread saying the suggestion was “offensive because they ignore systemic racism.” That thread ended by saying, “Dr. Fauci and Dr. Adams, check your privilege. Think critically. Stop spreading harmful fallacies that support white supremacy.”

Corbett herself commented, “Pasting this thread here because it’s appropriately put. Black people are not dying more because of their behaviors. That is just a cop out to adjust accountability.”

CORONAVIRUS TIMELINE SHOWS STAGGERING AMOUNT OF FLIP-FLOPS BY MEDIA, OTHERS

And, in a Twitter argument last week, Corbett said that “Merit [is] defined by prejudices.” Another user responded, “So can we just dismiss anything white men are involved in because they’re intrinsically malevolent?”

Corbett’s response: “White men are not be dismissed. But the systems that they (ancestor or current) curated are.”

When the poster asked Corbett if she was advancing an "immoral" notion, she replied: "No. Not at all. Nothing is immoral about dismantling systematic oppression."

In the meantime, some of Corbett's other posts suggested a more-than-casual approach to her work.

On March 20, she wrote: "Last yr, I took *17* trips (weekends domestically & other); this year, I have cancelled bucket list vacations (Netherlands, Spain, Jamaica, Greece). This the reason 'millennials' should be fighting for research funding for future pandemics... We deserve to be in dese streetz!"

Corbett even celebrated a major grant of funding to the NIH by writing, "bags secured."

On March 19, Corbett seemingly attempted to explain her tone on Twitter. "I decided to take matters into my own hands when I saw the people being left out of the direction and the press and the... you get the point," she wrote. "So... here I am 'COVID-19,' but make it fashion.”

In general terms, Corbett told the hosts that a specific protein would play a key role in the vaccine efforts. She also said that vaccine "rapid response" had improved in recent years, in part because "we've researched coronavirus vaccine development for the last 7 years, particularly under my direction, the team has researched this coronavirus development for 5 years."

Various other media outlets -- including The New York Times and Fox News -- have previously covered Corbett's role as the lead coronavirus researcher.

Fox News reported earlier this week that Corbett has long been called a superstar scientist, and was presented to the media as a preeminent researcher. She got a full scholarship to the University of Maryland, Baltimore County, where she majored in biology and sociology.

She received a doctorate from the University of North Carolina - Chapel Hill in 2014 and joined the NIH’s Vaccine Research Center as a postdoctoral fellow the same year.

On April 16, Sen. Kamala Harris, D-Calif., praised Corbett on Twitter, saying she was "leading the charge around the clock to develop a vaccine for coronavirus. The world owes you and your team a debt of gratitude."