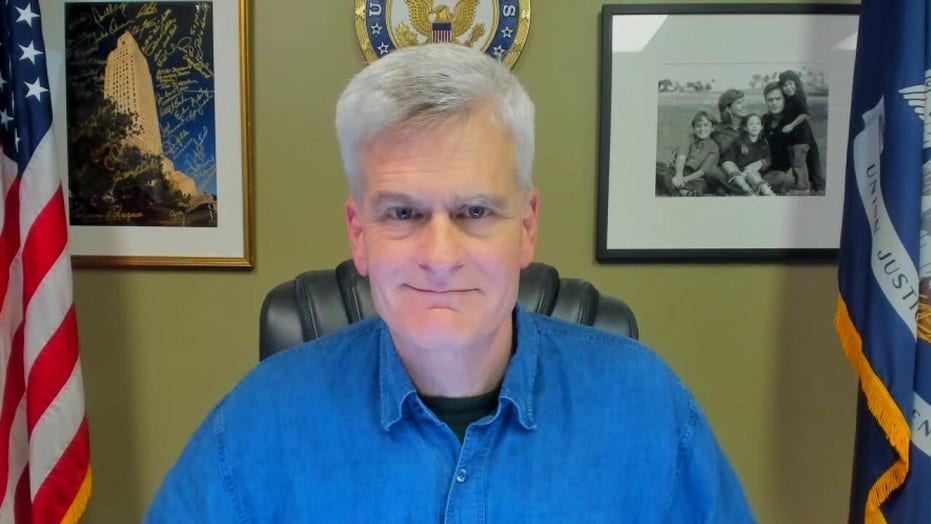 It’s hard to know how much money Congress has forked out to combat coronavirus and attempt to salvage the American way of life and the economy since late February. There’s no precise, econometric way to calculate the “three-and-a-half” bills Congress has approved in recent weeks.

But, the grand total is pushing $3 trillion. The measures have varied from an initial bill costing $8 billion – which started around $1.2 billion – and exploding to a staggering $2.2 trillion on another.

Now, the real action is set to begin on Capitol Hill – at least behind the scenes. Democrats already have been calling for more as Republicans try tapping the brakes.

This is not your customary “big-spending liberal Democrats” vs. “fiscal conservative Republicans,” but it could emerge as a mutation of those archetypes. Many Republicans long ago ceded any authenticity they may have had when it came to “limited government” and measured spending. Blazing through cash like this means the era of “big government” arrived, especially if there is a need for expanded government-associated health care. It may come to that if the federal or state governments help develop enhanced coronavirus testing and contact tracing. We’re talking big money for small businesses, mega money for big businesses, direct payments to Americans idled in their jobs.

“There will be a big, broad, bold COVID 4 (bill),” pronounced Senate Minority Leader Chuck Schumer, D-N.Y., after the Senate approved the $484 billion interim legislation. “For anyone who thinks this is the last train out of the station, that is not close to the case. And, (House Speaker Nancy Pelosi) and I will begin rolling up our sleeves and working on that big, broad COVID 4 bill very soon and very quickly.”

That’s not exactly what Senate Majority Leader Mitch McConnell, R-Ky., said. But, that’s close to what McConnell was thinking.

“(It’s) time to begin to think about the amount of debt that we’re adding to our country and the future impact of that,” McConnell said. “We’ve also seen with this (pandemic) catastrophic damage to the economy. Until we begin to open up the economy, we can’t spend enough money to solve the problem.”

Colleague Bill Hemmer interviewed McConnell last Wednesday. McConnell indicated then that he had little interest in boosting stressed states and running even more drastic deficits due to the stress of COVID-19.

“If we provide additional assistance for state and local governments, it’s only for coronavirus-related matters,” the Kentucky Republican said. “We’re not going to let them take advantage of this pandemic to solve a lot of problems they created for themselves and bad decisions they’ve made in the past.”

McConnell’s thoughts on states unleashed a fusillade of invective from Democrats.

“My state subsidizes Sen. McConnell’s state and has for decades,” said Rep. Tom Suozzi, D-N.Y. That’s a reference to how larger states have paid more in federal taxes, even though smaller states like Kentucky have enjoyed the same benefits distributed from Washington. 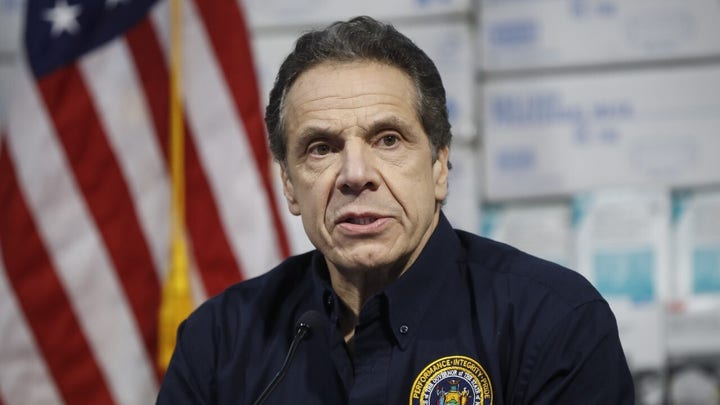 “The ‘Grim Reaper’ is telling my states and others to drop dead,” Suozzi continued, invoking McConnell’s self-adopted nickname. “Well, I have a message for you. We’re going to fight you.”

“This is one of the really dumb ideas of all time,” Cuomo thundered. “That’s how you’re going to bring this national economy back, by states declaring bankruptcy? You will see a collapse of the national economy.”

“The distinguished leader on the Senate side, Mr. McConnell, said, ‘I think the states should go bankrupt.’ Oh really, and not pay the health-care workers and the hospitals, first responders and the rest? Oh, really? What made you think that was a good idea?” Pelosi questioned. 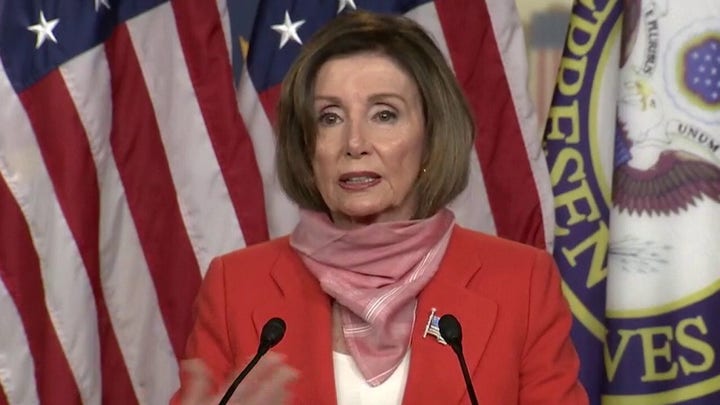 McConnell’s not the only one dubious about another coronavirus bill. House Minority Leader Kevin McCarthy, R-Calif., has been skeptical as well. The House and Senate last week just approved $484 billion to amp up aid to small businesses, assist hospitals, develop tests and grant “under-banked” communities access to capital during the pandemic. Small-business aid totaled about $324 billion in the most recent bill. The first tranche of money was $350 billion. Then, the administration urgently came to Congress with a request for $251 billion after the Small Business Administration tore through that cash in a matter of weeks. Nobody seemed to be sure if small businesses would need more fast cash.

“Think about how much we have passed already. This is over a $400 billion bill. The one before it was more than $2 trillion. We should have all of that implemented and working before we look to pass something else,” McCarthy said.

“What we’ve got to do now is figure out how to pay for this,” Norman said. “Congress ought to be up here working on how we’re going to pay this back. $2.4 trillion is not just going to magically appear. We didn’t get this money from a savings account that the country had saved up. It’s borrowed money.”

It’s unclear which side will prevail. But, many Republicans already have been trying to slow the spending snowslide to avert utter economic catastrophe. Sen. Rand Paul, R-Ky., suggested that re-opening the country could choke the spending spree.

“The question before us isn’t ‘do nothing’ or ‘print endless amounts of bailout cash,’” Paul said. “It is not a lack of money that plagues, but a lack of commerce.”

That’s why lawmakers have been torn. It’s great if states and localities are able to re-open safely, which would diminish dependence on the federal government. But, even if communities did open back up, will people eat and shop? Are they confident enough in their own economic situation to spend money? Is it safe to do so? Or, would coronavirus then race through a community, requiring even more aid from Washington?

The stark reality: The concept of “fiscal responsibility” went out the window long ago. The federal debt grew geometrically under President Trump. Former House Speaker Paul Ryan, R-Wis., professed to be one of the most stalwart fiscal conservatives in a generation. But, spending and deficits went up under his watch, too. Numerous Republicans over the years have approved expanded debt.

Maybe this is why the debate really has been only about Republicans vs. Democrats. Republicans denounced Democrats for delaying a GOP request for an additional $251 billion for small businesses. That figure represented one-fifth of what Congress has allocated each year to run the federal government, but when it came to the Democrats’ asks, Republicans haven’t been as interested. 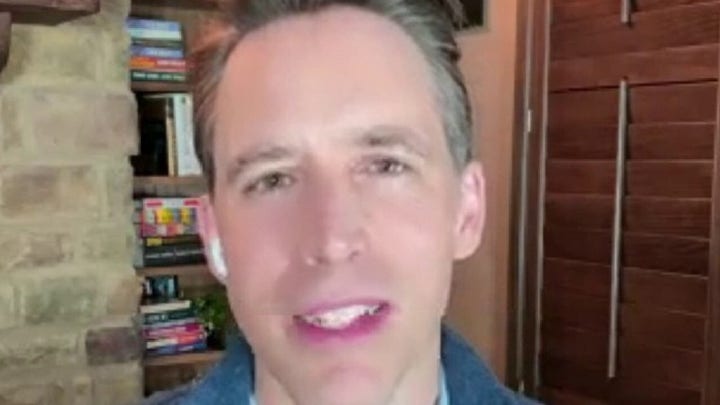 On Fox News, Sen. Josh Hawley, R-Mo., argued in favor of a fourth coronavirus bill, but denounced the Democrats’ requests.

“Democrats have their wish list out, (a) long laundry list of their projects. We don’t need any of that,” Hawley said.

Regardless, the problem has been that the rate of federal spending could outpace the nation’s Gross Domestic Product (GDP). Such an inversion would really hamper the ability of the economy to grow once the pandemic would subside.

Last year’s annual federal deficit clocked in at just under $1 trillion. The deficit for this year could quadruple to nearly $4 trillion. That would hike the overall national debt to more than $27 trillion.

It’s unclear whether the sides will find enough common ground to implement another coronavirus bill. But, spending close to $3 trillion in a matter of weeks has been staggering. There may be races to reopen sectors of the economy to stem the federal spending explosion. But, whether anyone likes it or not, the era of big government is here, and both sides contributed.

As Will Rogers once opined, “Be thankful we’re not getting the government we’re all paying for.”