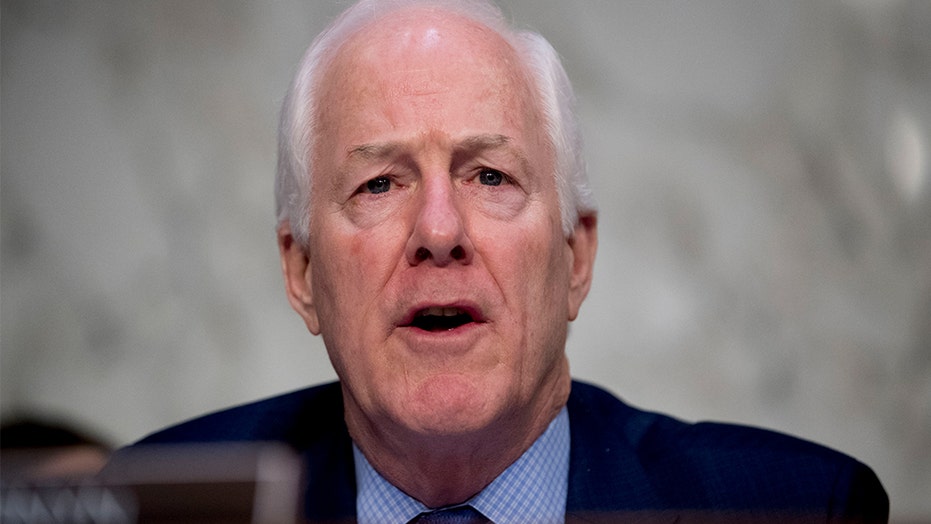 “One of the most defining days in our nation's history was when President Lincoln issued the Emancipation Proclamation on January 1, 1863, finally freeing all slaves in Confederate territory. But slaves in Texas wouldn't learn this life-altering news for two and a half years,” Cornyn said in a floor speech.

“It took two and a half years for the slaves in the South to learn that they were free. And that day came on a day we now celebrate as Juneteenth,” the Texas Republican added.

A number of corporations, including Google, Twitter and the NFL announced plans to begin observing Juneteenth as a holiday.

This year marks the 155th anniversary of the holiday when Texas -- the last confederate holdout -- officially abolished slavery in 1865. On June 19, 1865, the Union army rode into Galveston, Texas, with news the Civil War had ended and the state’s more than 250,000 enslaved people were now free.

Cornyn releases his bill to make Juneteenth a federal holiday after the death of George Floyd sparked renewed focus on the civil rights movement after nationwide protests called out racial injustices.

“Over the last several weeks, Americans of all races and backgrounds, of all ages, have raised their voice in the fight against inequality and injustice that continues to exist in our society,” said Cornyn. “As the list of black men and women killed by police officers in custody grows, the calls for action are getting louder and louder, as they must, and as they should.”

Cornyn stood along Sen. Tim Scott, R-S.C., as he unveiled the Senate’s plan to tackle police reform, the Justice Act, this week.

The Texas senator, who is up for reelection in the fall, took heat this week from Democrats for questioning the notion of systemic racism, and that all Americans had implicit racial bias.

"Do you believe that, basically, all Americans are racist?" Cornyn asked Vanita Gupta, a former Department of Justice official during the Obama administration, during a Senate Judiciary Committee hearing on police reform.

"We all have implicit bias and racial bias, yes I do," Gupta said, to which Cornyn responded with "Wow."

"And I think that we are an amazing country that strives to be better every single day," she added. "It's why I went into government to make a more perfect union."

"You lost me when you ... took the acts of a few misguided, perhaps malicious individuals, and ascribed that to all Americans, not just our 800,000 police officers, our 18,000 police departments," Cornyn said.

Two Democrats vying for the chance to run against Cornyn released statements critical of the senator, as reported by the Texas Tribune.

“There are a lot of differences between John Cornyn and myself," said state Sen. Royce West of Dallas. "One is that I know systemic racism exists and that it hurts black and brown people disproportionately."