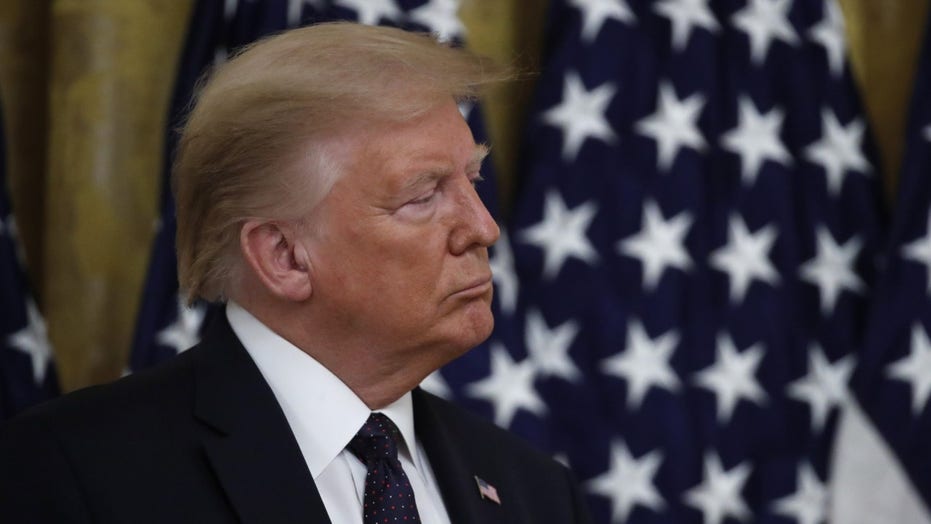 President Trump in an interview with the Wall Street Journal on Thursday defended his response to the coronavirus pandemic and the protests against racism -- while claiming he “made Juneteenth very famous” by initially scheduling a campaign rally on that day.

“I did something good: I made Juneteenth very famous,” Trump said in the interview. “It’s actually an important event, an important time. But nobody had ever heard of it.”

Juneteenth -- on June 19 -- is actually a well-known date on the calendar commemorating the end of slavery in the United States. The holiday marks the date in 1865 that President Lincoln’s order to free American slaves reached Galveston, Texas.

Trump originally had a rally scheduled for June 19 in Tulsa, Oklahoma, where in 1921, a mob of white residents massacred black residents and burned black businesses. As many as 300 are believed to have died. But -- after taking criticism amid the protests against police brutality and racism -- Trump moved the rally date to June 20 “out of respect.”

In the interview, Trump said he learned of the importance of the holiday from a black Secret Service agent, as he was facing criticism for his original rally plans. Holding the rally on that day, as racial injustice protests raged across the country following the death of George Floyd, was insensitive, Trump said he learned from African American leaders.

According to the Journal, Trump seemed confident building a strong economy was the answer to rooting out racism in America.

When asked if he believes structural racism exists in America’s economic and criminal justice systems, the president responded: “I’d like to think there is not, but unfortunately, there probably is some. I would also say it’s very substantially less than it used to be.”

Trump said unlike the Juneteenth rally, he had not asked his black supporters or the Secret Service agent for their thoughts on changing the names of the 10 Army bases named after Confederate officers. The president claimed that the bases had been named after the Civil War to help unite the North and South.

Trump also defended his controversial visit to St. John’s Episcopal Church near the White House amid the protests. The president has faced criticism over efforts to clear protesters from the area ahead of his visit. Others slammed him for not praying at the church or going inside.

“You have people screaming all over the place, and I didn’t think it was exactly the right time to pray—I’m on the sidewalk,” Trump said. “And the church itself, I didn’t want to go in because they had a lot of insurance reasons. You know, the church was boarded up. The entire church was boarded up, and I knew that. So I went there, stood there, held up the Bible, talked to a few people and then we left. I came back, and I got bad publicity.”

The president also vowed that the country will recover economically from the pandemic. “We will have created a lot of jobs prior to November 3,” Trump said. “I expect a tremendous increase in GDP. And we’ll be heading for the top. We’ll be back.”