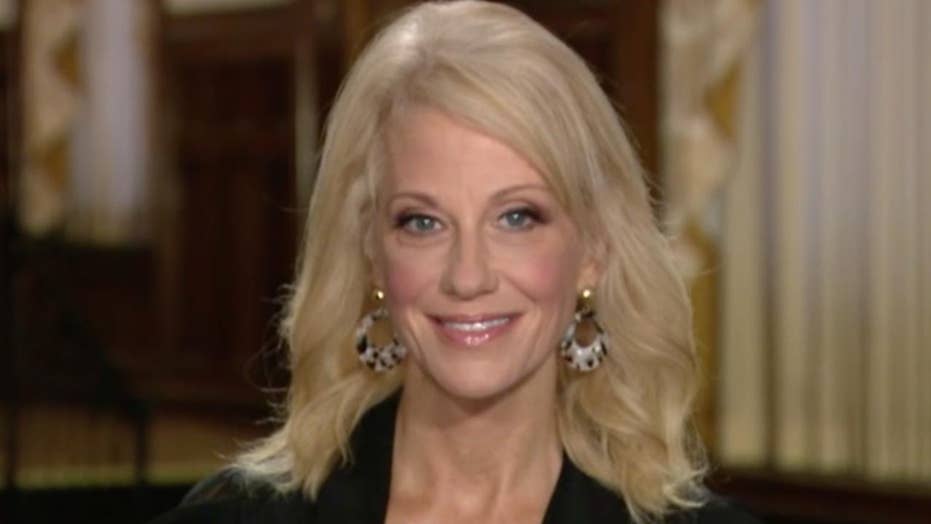 Kellyanne Conway, counselor to President Trump, said Democrats need to stop wasting time and taxpayers’ money with their push for impeachment, and suggested that leaders on the left brush up on the law before moving forward.

Democrats, led by House Judiciary Committee Chairman Jerrold Nadler, D-N.Y., have been ramping up their rhetoric and activity, passing a resolution on the rules for an impeachment investigation, even as he and other Democrats have wavered on what to call their current probe.

"Complete nonsense," Conway said of the Democrats' latest efforts. "Even Jerry Nadler said impeachment’s just a term. This is a process. They need to get a messaging meeting and they need to read the Constitution, the Democratic Party."

Last week, Nadler said that his committee's activity "has been an impeachment inquiry," only for House Majority Leader Steny Hoyer, D-Md., to say there was no inquiry. On Friday, Nadler himself pulled back on his language, telling CNN's Chris Cuomo, "It is not necessarily called an impeachment inquiry. That’s a made-up term without legal significance. It is, however, what we are doing."

Conway said that Democrats in Congress have more important things to focus on, and called on the American people to remind them of that.

“Americans, the Congress work for you, they work for you and they’re wasting your money and their time on trying to impeach a president where there are no high crimes and misdemeanors," Conway said. “Tell them to vote on the USMCA, get that trade deal done. Tell them drug pricing, infrastructure, keep this great economy humming along, and stop the nonsense of harassing and embarrassing this president and the people around him, when you have no constitutional or legal basis to do so.

Conway also fielded questions about President Trump's current stance on Iran, as the administration has blamed the Islamic nation for a recent attack against Saudi Arabia. While President Trump has said in the past that he would meet with Iranian President Hassan Rouhani, Conway said Trump has not committed to any meeting just yet and maintained that the administration is keeping "many options on the table, particularly when it comes to retaliating against malign behavior."