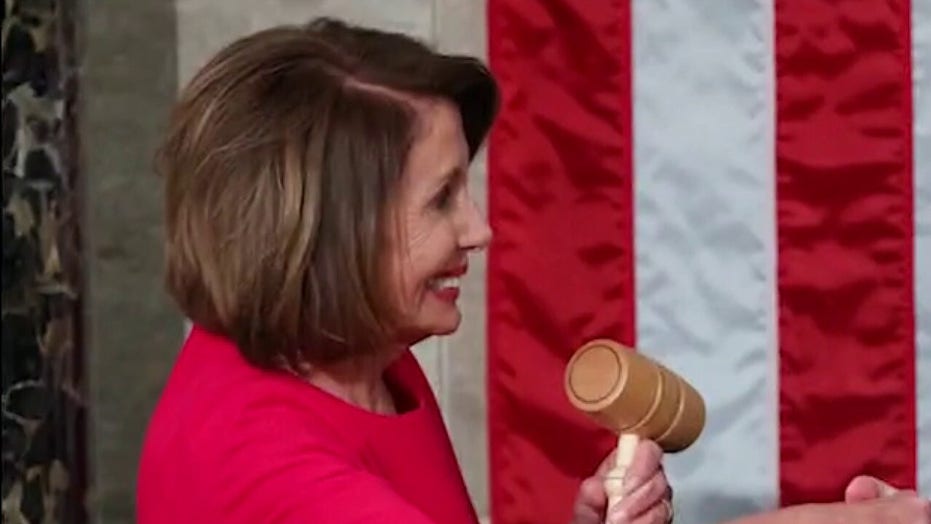 President Trump frequently suggests that election chaos could propel the speaker of the House to the White House; congressional correspondent Chad Pergram investigates.

President Trump frequently suggests that election chaos could propel his favorite foil to the White House.

“If you don’t have [the election settled] by the end of the year, crazy [House Speaker] Nancy Pelosi (D-CA) would become president,” augured Trump.

A lot of things must first spill off the rails for Pelosi to head to 1600 Pennsylvania Avenue.

But, election and congressional officials are starting to worry about what could unfold this fall and winter if they struggle to determine whether President Trump or Joe Biden prevails in battleground states. 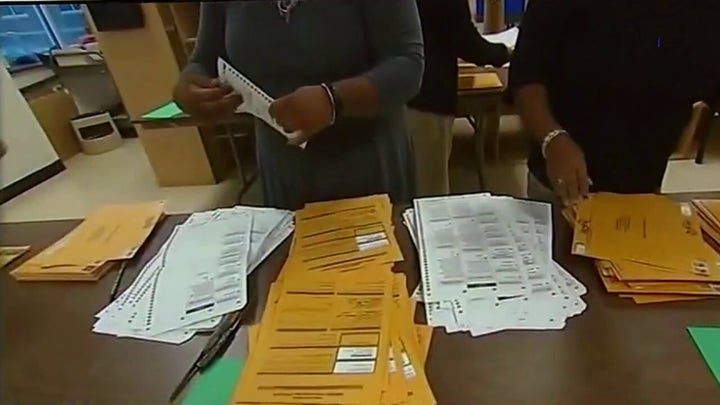 The Constitution makes Congress the ultimate arbiter to decide which candidate wins each state. Congress must approve certificates of election from all 50 states. But with a polarized electorate, a close presidential race, a pandemic and voting by mail, it’s wise to consider contingencies. And, one of those contingencies includes the speaker of the House matriculating to acting president of the United States.

You may have thought Nov. 3 is the most important date on the election calendar. But a more crucial date is Dec. 14, dictated by an obscure, Byzantine 1887 law: The Electoral Count Act.

“It is kind of a nightmare of convoluted verbiage,” said Ohio State constitutional law professor Edward Foley. “I’ve studied that piece of text for years now. I wouldn’t be honest to say that I completely understand it. It’s just impenetrable.” 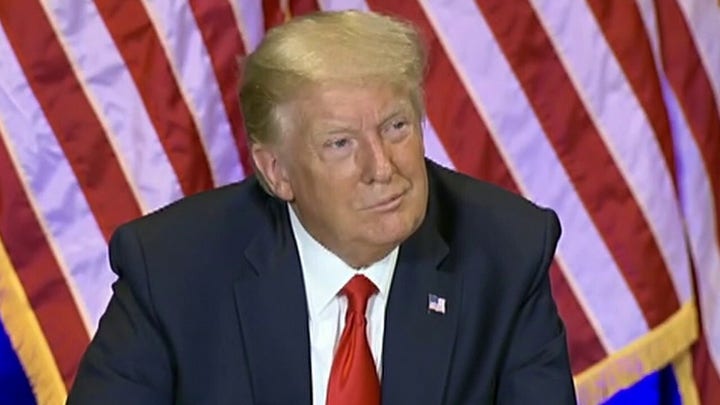 Congress passed the legislation after the disputed 1876 presidential election between President Rutherford B. Hayes and Samuel Tilden. Electoral votes were far from certain in Florida, South Carolina, Louisiana and Oregon. There was a sprint to settle the electoral college tally before Inauguration Day, 1877. Congress created an “electoral commission” to resolve the issues. In those days, the president assumed office on March 4.

The Electoral Count Act dictates that states choose electors no more than 41 days after the election. This is partly why the Supreme Court rushed to complete Bush v. Gore on Dec. 12, 2000. The decision halted the count of ballots in Florida, handing the presidency to George W. Bush.

The 1887 law establishes a “safe harbor” date so states conclude vote counts and establish electors early. But what happens if there are problems with the mail? The cryptic nature of the statute could give some states the green light to continue to counting – or cease counting.

DISINFECTANT, TEMP CHECKS, MASKS: HERE'S WHAT BIDEN'S CAMP IS DOING TO SHIELD HIM FROM CORONAVIRUS

“Already this year we’ve had an unprecedented amount of litigation filed contesting the rules set up before the election. We’ve never seen this many lawsuits filed,” said election expert Hans von Spakovsky of the Heritage Foundation. “I think it makes folks a little worried and little bit leery about what might happen after the election.”

What happens if the election is not resolved?

So what happens if a state sends inconsistent slates of electoral votes to Congress? The new 117th Congress must hammer all of that out in January 2021.

“It’s kind of a nightmare,” said Foley, considering potential hypotheticals. “Pennsylvania, Wisconsin sending competing submissions of electoral votes, each claiming to be the real ones from the state?”

But can Congress sort this out? 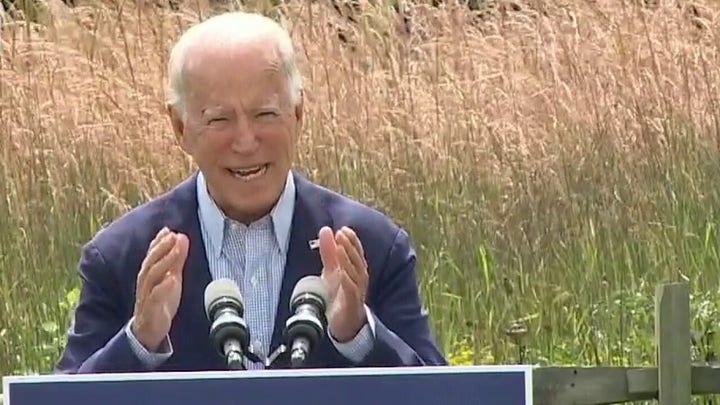 “I don’t know what your sixth grade grammar teacher was like, but mine said, ‘Never use the passive voice,’” said Foley. “If you read the 12th Amendment, it uses the passive voice at the critical moment. It says the ‘the votes shall be counted.’ These are the electoral college votes coming from the states. And it doesn’t really specify who it talks about.”

The 12th Amendment also says “the  person having the greatest number of votes for President shall be President.” But Congress must agree to all of this. And remember, Pence is the one running the show at this stage.

Do not underestimate the role of the vice president at this stage.

Hawaii wasn’t a determinative state in the 1960 presidential election between then-Sen. John F. Kennedy and then-Vice President Richard Nixon. Kennedy was going to win the White House, regardless of Hawaii. Initial results from Hawaii showed that Nixon captured the Aloha State. But a recount shifted the win to Kennedy. Hawaii sent two slates of electoral votes to Washington: one for Nixon and one for Kennedy, both signed by the governor. By the book, Hawaii’s electoral votes should have gone to Nixon. But when the joint session of Congress convened in January 1961, Congress handed Hawaii’s then three electoral votes to Kennedy. Nixon, in his role as the president of Senate, presided.

“Maybe it was a gesture of magnanimity,” said Foley of Nixon. “It goes in the history books that Kennedy won Hawaii.”

MAJOR US CITY MAY SOON ALLOW 16-YEAR-OLDS TO VOTE, COULD OTHERS FOLLOW SUIT?

But what would have happened had Nixon intervened, potentially, as the GOP presidential nominee who lost to Kennedy?

The Constitution requires Congress convene at noon ET on Jan. 3. The House’s first order of business is to elect a speaker. This is important. Forecasters doubt Democrats will lose the House. Secondly, if Democrats retain the House, members likely reelect Pelosi as speaker.

The Joint Session of Congress to certify the electoral college results comes a few days later.

After the 2000 Florida election dispute, a cavalcade of Congressional Black Caucus members paraded through the well of the House chamber to contest the outcome. Vice President Al Gore, then President of the Senate, and like Nixon, the vanquished Democratic nominee, presided.

“Is the objection in writing and signed by a member of the House and a senator?” inquired Gore. 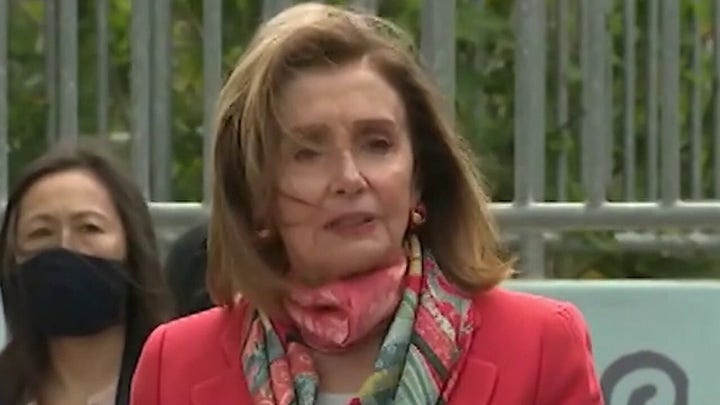 “The objection is writing!” snapped Waters. “And I don’t care!”

Gore stood firm, despite having the most to benefit from Waters’ entreaty.

“The chair will advise that the rules do care,” Gore intoned, triggering applause throughout the House chamber.

Questions arose in January 2005 about Ohio’s slate of electoral votes. In that instance, the late Rep. Stephanie Tubbs Jones, D-Ohio, and former Sen. Barbara Boxer, D-Calif., teamed up to challenge Ohio’s electoral votes. The House and Senate then met separately to consider Ohio’s slate. But after a short debate, Congress decided that President George W. Bush was victorious in Ohio.

“There’s no one higher than Congress in making this decision,” said von Spakovsky. “There’s no set time limit in the Constitution or elsewhere.”

What happens if Congress hits an impasse when certifying the electoral college? First, there’s no game clock dictating that Congress has exhausted all options. But if Congress determines there’s a stalemate, the 12th Amendment directs the House to elect the president.

Each state casts one ballot as a House delegation during a contingent election, The House only considers the top three electoral college vote-getters in a contingent election. Likely President Trump, Biden and, maybe, Kanye West? West, or anybody else, could conceivably score an electoral vote or two. There have been 165 “faithless electors” in U.S. history. These are persons who vote for someone besides the candidates for whom they are pledged.

So, one vote per state in a contingent election. 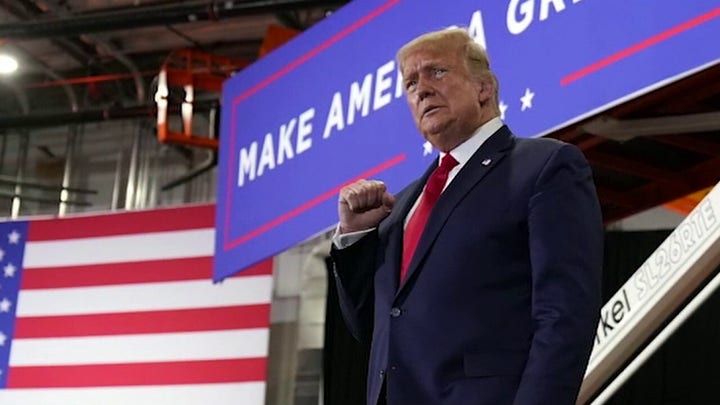 That said, we won’t know the state delegation breakdowns until after the election.

Pennsylvania’s delegation is now deadlocked at nine Democrats and nine Republicans. The election could tip Pennsylvania’s House delegation in one direction or the other. The same with Michigan. Alaska is a red state with only one House seat: Rep. Don Young. However, some political observers believe Young could face an upset this fall.

This is why the breakdown of state delegations could tilt in the Democrats favor, hinging on the outcome of a few key House races.

The House wing of the Capitol wasn’t complete when House members met for a the contingent election of 1801 between Jefferson, Aaron Burr and sitting President John Adams, the top three electoral vote-getters. So, House members huddled in what is now the office of Senate Majority Leader Mitch McConnell, R-Ky., on the Senate side of the Capitol to choose the third American president.

So, what about that “President Pelosi” business?

Time and speed are key. How fast states can count popular votes in November? Can states meet the Dec. 14 deadline to decide which slate of electors to send to Capitol Hill? How quickly can the House and Senate resolve any potential electoral college controversies in January? And, finally, if there is a contingent election, how swiftly can the House elect a president?

That’s why the 36-ballot, six-day marathon in McConnell’s office to elect Thomas Jefferson in 1801 is important.

What happens if the House hasn’t picked a president by noon ET on Jan. 20? That’s the Constitutionally mandated day and time to inaugurate a president. This is where the 20th Amendment and the Presidential Succession Act kicks in.

If the House remains stymied at noon on Jan. 20, there is neither a president nor a vice president. The terms of President Trump and Vice President Pence expire. But there is a speaker of the House, next in line to the presidency. 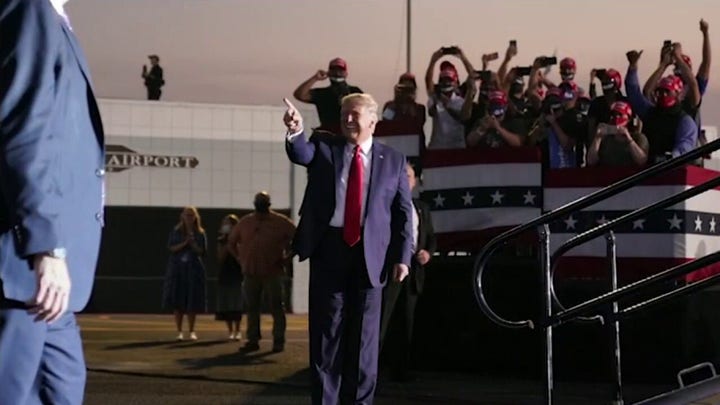 At this stage, we would embark on the shakiest Constitutional realm in American history. For Pelosi to become acting president, she must resign from Congress and the speakership.

“Qualifying” means the House finally pierces its impasse and duly elected a president, in a contingent election, as prescribed by the 12th Amendment.

“We've never had an acting president,” said Foley. “That would be new and disconcerting.”

Foley argues these circumstances could create the “two claims scenario.” That’s where there’s where two people say they are rightfully president on Jan. 20.

“This does count as the ultimate Constitutional crisis,” said Foley. “Our president, now on Jan. 20, needs the nuclear codes. The so-called nuclear football. And the Pentagon needs to know who’s commander in chief starting right at noon on Jan. 20.”

In a pre-nuclear world, the U.S. came close to “two claims” with Hayes and Tilden in 1877. A backroom Congressional deal ultimately awarded the presidency to Hayes, even staving off a Senate filibuster (!). Congress determined Hayes won the electoral college 185-184. Tilden captured the popular vote by three points.

To be clear, these scenarios are far-fetched. But not impossible. And, they raise a bigger question: Would Americans accept any of these outcomes in today’s toxified political climate?